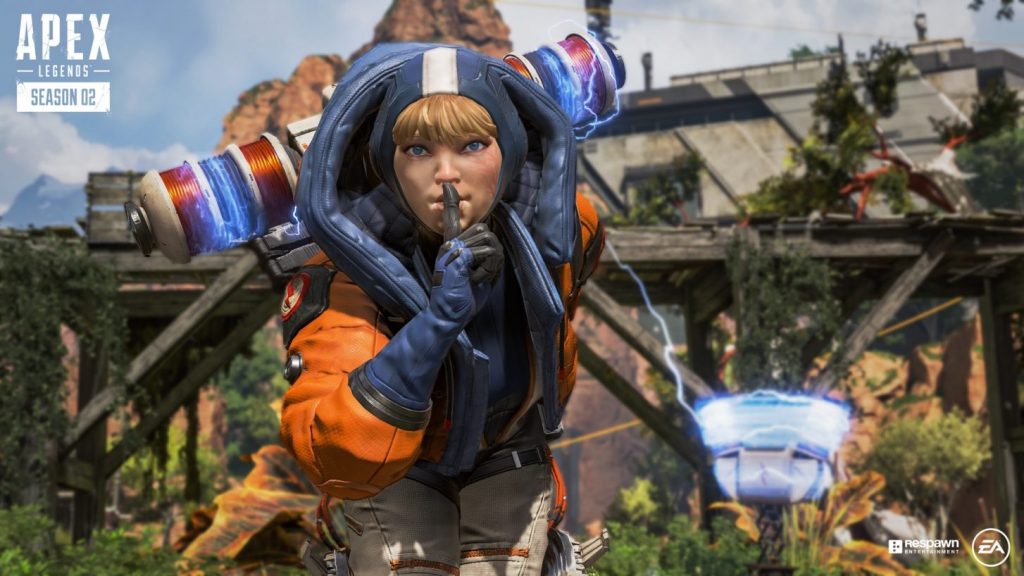 Wattson is the new legend coming in Season 2 of Apex Legends. (Image via Respawn Entertainment)

The official trailer for Apex Legends’ second season has just dropped, giving us a name and a glimpse at the things to come in Respawn Entertainment’s battle royale shooter. The trailer, which had leaked late yesterday evening, promises that Kings Canyon, the game’s premier map, “will never be the same” and revealed the name for Season 2: “Battle Charge.”

In a second trailer, also part of yesterday’s leak, we got a chance to see some more concrete examples of the new changes. The formerly devastated smoldering ash-pile Shattered Forest seems to have regrown into a verdant green paradise, while research bases and clean-up crew headquarters have appeared across the island, providing more locations to drop and loot.

Over the past few months, we’ve been inundated with teasers, leaks and data mined info about the potential changes to Apex in its second season. Most recently, after the reveal of some of Season 2’s elements at the EA PLAY event at E3, dragon-like creatures appeared in-game to steal loot boxes, and players began to notice that the Leviathans, the massive beasts which had lurked off the shore of Kings Canyon, were slowly making their way towards the island.

This latest pair of trailers has confirmed much of the speculation, giving us solid insight into the game’s next season. It’s also the best look we’ve had so far of Apex’s newest legend, Wattson, who featured prominently in the first trailer.

First revealed in teasers during E3, the character is defined as a “Static Defender” by the developers, who hinders her opponents with electric fences and pylons, benefiting from staying close to her defensive structures. It will be interesting to see how a character designed around immobile defense will work given Apex’s fast-paced and mobile gameplay, especially in Elite Queues, where higher circle damage is a feature, and camping is an issue.

With the new trailer reveal, a dedicated page for season two appeared on the Apex Legends website. The page details everything we currently know the latest content and compiles all the official teasers into a single source, as well as giving us details on the Season 2 Battle Pass.

Season 2 of Apex is set to launch on July 2.