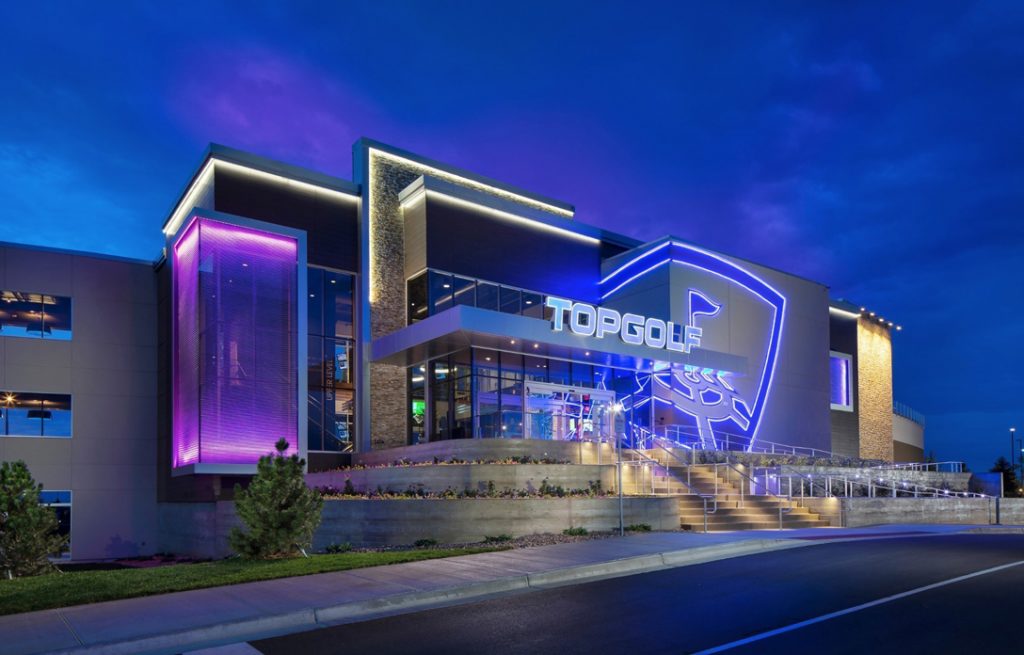 Topgolf is partnering with TV brand TCL and expanding to esports. Their goal is to be a venue where amateur and community tournaments can be held.

Golfers in big cities around the world may have noticed a new way to experience the sport. Topgolf is a company that turns the driving range into live interactive video games. Now the company is partnering with TV brand TCL and expanding to esports. Their goal is to be a venue where amateur and community tournaments can be held.

The partnership makes sense for the company. As esports digitalizes a competitive sports structure, Topgolf is digitalizing one of the oldest sports in the world. With their new age take on golf, Topgolf has attracted a younger customer than is typically found on the grassy links.

That audience aligns closely with esports, according to YuChiang Cheng, the president of Topgolf Media.

“When we looked at our audience, it was made up of mostly millennial and GenX individuals, and more than half of them don’t identify as golfers,” said Cheng.

That may seem odd for a company that literally has golf in its name, but the Topgolf experience is more focused around community and entertainment than it is around actually golfing. The arcade style of the games and young audience makes Topgolf a prime location to incorporate esports.

“When we looked at what activities our audience is interested in, we found that esports is something they viewed, played or are very interested in doing,” Cheng continued.

So what does esports look like at Topgolf centers? To start, they are unveiling “esports lounges” in six North American locations. Las Vegas, Houston, Austin, Charlotte, Minneapolis and Scottsdale will all open esports lounges in the first quarter of 2019. The first unveiling will come in Las Vegas during the Consumer Electronics Show (CES) from January 8th to the 11th.

These esports hubs won’t be centers for the most hardcore gamers. They are designed to be more casual experiences that are open to beginners. The hubs will feature console and mobile games but will not start with PC games, although that is an avenue they may explore in the future. The games they are looking to include at the outset are Fortnite, Clash Royale and Rocket League.

Much like Topgolf isn’t the preferred place of the hardcore golfer, the Topgolf esports lounges will not be a place for high level ranked grinding, and that’s by design.

“Our physical venues are much more open,” Cheng explained. “Our esports lounges are going to be much different than what you would expect to find at an esports arena or training center. Those places are highly masculine and kind of dark. Those venues are cool and have their place, but you probably wouldn’t want to bring your girlfriend there.”

Inclusivity is the name of the game for Topgolf. In the press release, they have a quote from Kevin Chou, the chairman of Gen.G, who recently announced an all-female Fortnite team and said in the release “Gaming is for everyone.”

They also have a quote from Michelle D’Antonio, a community manager for Super League Gaming who said she is “inspired by Topgolf’s commitment to inclusion.”

What Topgolf hopes to accomplish is to use their already existing network of venues – equipped with food, drinks and a variety of games – to be a home to local community tournaments. Super League Gaming, an organization designed as the “Little League for esports” holds their events in rented out movie theatres. Those events could easily shift to Topgolf centers in the future.

“Our goal is to be a turn-key esports venue,” said Cheng. “We’re going to be affordable because we already have the infrastructure in place. We’ve already dealt with scaling issues. We are teaching our 20,000 associates how to run esports events. As a publisher or league organizer, you won’t have to teach hotels about how to [run the events] or take over a restaurant that isn’t sure exactly what the hell esports even is.”

TCL and Topgolf have entered in a multi-year partnership to expand Topgolf’s esports offerings. They estimate that they will reach more than 63 million guests annually over the multi-year partnership. While the initial batch of esports lounges is small, the goal is continued expansion. While Topgolf and esports seem like an unlikely pairing, the partnership makes more sense than you might think.