New DPC League is a Boon for Less Developed Regions 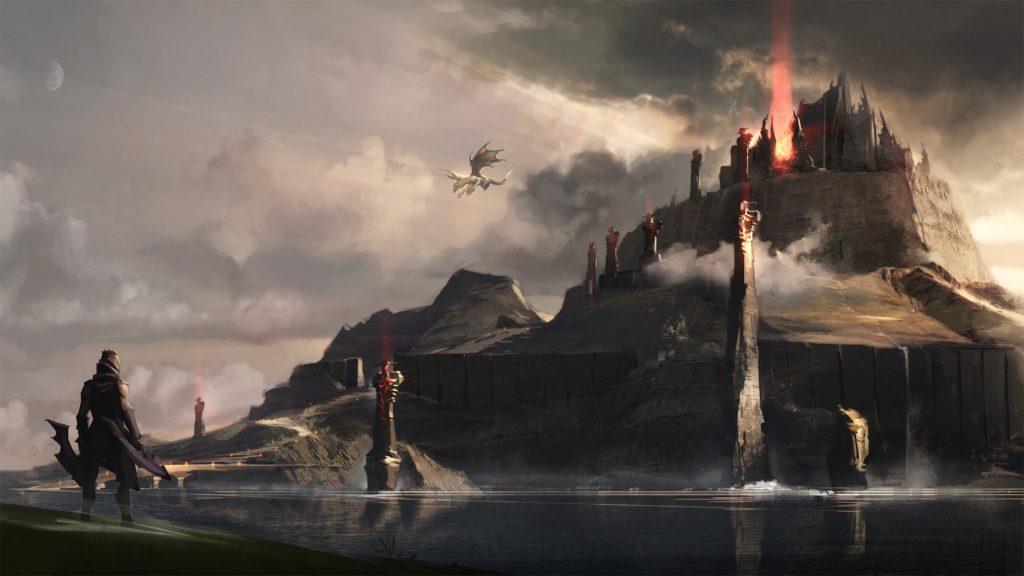 Smaller regions will appreciate the opportunities brought about by the new system. (Photo courtesy Valve)

With the new Dota Pro Circuit format on the horizon, everyone in the Dota 2 community has been talking about the implications and possible consequences of yet another radical change in the system. Some have praised the DPC move as a step in the right direction – particularly in terms of long-term stability and the health of the tier two and tier three competitive spaces.

Others have been less enthusiastic, citing the loss of the Open Qualifiers for The International, a more cramped and hectic schedule of events, and the disappearance of independently organized events as the biggest cons of the new format. These are all valid concerns of course, but it’s also worth noting that the changes are great for less developed regions where playing Dota full time is not an immediately viable option.

Both Southeast Asia and South America come to mind in this regard. Most countries in these regions either do not have the infrastructure to support professional Dota 2 play as full-time careers. Be it due to lack of events with large enough payouts, or cultural and/or economic barriers in place that prevent players from simply taking the plunge.

Arguably the most welcome change in the new DPC format is the addition of regional leagues; further divided into Upper and Lower Divisions. This means Valve is getting onboard the franchise league train, but without the buy-ins that their contemporaries impose on their respective leagues.

For less developed regions, this DPC change is massive. Now there are more reasons for teams to really hunker down, work on their craft, and invest their time into improving without necessarily having to chase after the TI pipe dream. Let’s face it: not everyone is good enough to place well at The International—let alone qualify for it. Thus, having a way to make money out of playing Dota without having to get to TI or the Majors in order to earn some much-needed cash is a huge boon.

Perspective: Regionals winner get 30k, a player’s cut is 6k (ye right). You must break top8 in major to get more. So imagine a team that win regionals but fail top8 for three majors. That’s 18k/yr. That’s min wage standards in developed world.

Sure, the prize money for the regional leagues isn’t spectacular. $30,000 divided by five (assuming the players receive a full cut) is only $6,000 per player—but it’s important to consider the economic environments these players live in. The minimum wage in the Philippines, for example, is around $270 per month. Over in Peru, it’s around $285.

While these payouts seem like peanuts compared to territories like Europe and North America, they are tantalizing to pros in developing countries. As someone who hails from Manila, I can personally say with confidence that there would be more than a handful of young players that would jump at the opportunity to earn a salary playing video games and a solid, realistic chance of winning prize money on a regular basis.

This is opposed to the previous DPC system, where failing to qualify for a minor would net teams absolutely no cash. In the new format, consistently placing within the Upper Division (and even in the Lower Division, although only for teams in the top six) will allow squads to make money despite being below tier one in their respective regions.

Of course, there is room for these payouts to grow and become even more substantial. The total amount of prize money for the regional leagues is relatively small compared to what the current Majors give out. Perhaps Valve should consider taking a bit of cash from the TI pot and redistribute it amongst the regions included in the Pro Circuit.

Whatever Valve decides to do about the DPC prize pool, their decision to support lower tier Dota is already a big deal for less developed territories—period.

Team Secret Coach Lee “Heen” Seung Gon stated in a blog post: “I do not know much about sponsors, but from what I understand is that Dota teams have a hard time securing sponsors compared to other games because of its unstable nature.”

It’s no secret that Dota 2 is one of the most volatile titles in the industry, with a very top-loaded prize money structure due to The International taking a huge majority of the total pot per year. This naturally drives sponsors off who only really care about the visibility of their brand over a long period rather than the off-chance that the teams they back make it to TI. The new system seeks to solve this long-standing problem, bringing in a more stable and consistent competitive structure that large companies and corporations will be more appreciative of.

For less developed regions, this is really important. Having reliable financial backing means that teams are more likely to stick together and allow spectators to become fans. This, in turn, is good for sponsor visibility, since there is now an actual structure when it comes to the schedule and consistency of competitive matches. Now that they can be more assured that their brand will be seen by people on a regular basis, they will be more inclined to invest in Dota 2 teams.

This has already been happening in the Philippines, in fact. Cignal Ultra, a team who plays in the Nationals (a franchise league in the Philippines), is sponsored by one of the largest providers of satellite and IP television in the country. The same goes for PLDT-Smart Omega, who are sponsored by the oldest telecommunications corporation in the Philippines. These teams aren’t just restricted to playing in the Nationals under their respective corporate banners, either—as Cignal Ultra have been seen trying their hand at open qualifiers for Valve events and other small cups.

Should the new DPC system work as intended, we should see sponsors stick around for longer periods of time rather than what we see them to do now – which is simply to drop teams if they don’t place well at The International or just fail to make the tournament outright.

There is a ton of undiscovered and untapped talent within the less developed regions in the Dota 2 competitive scene. This new system is their chance to really break out and show what they’re made of. This is because the new format has an actual schedule for matches, which allows spectators and any “talent scouts” to see more games that feature up-and-coming players.

Really excited for all of these changes. Hopefully bringing the much needed support for the Tier 2/3 scenes in Dota 2. This also means I get to cast on a very regular schedule following TI, which is a real nice bonus! https://t.co/pHEC3hTbrv

British player Jason Conner “TANNER” Weedon is a fantastic example of homegrown talent developed through constant play in regional qualifier tournaments. After Ninjas in Pyjamas saw his potential, they signed him to a contract in December of 2019. After which he made good on by helping his squad qualify for the ESL Los Angeles Major in March. Less developed regions could benefit in a similar fashion, since raw prospects and rising stars can hone their skills on a regular basis facing each other in the regional leagues.

Opportunity abounds in this new DPC system. With more talent receiving their share of the limelight, more people are likely to tune in to witness their rise to stardom. And of course, this goes right back to the conversation of sponsor support, especially when these players garner fans that follow them as if they were the next Abed “Abed” Yusop or Michal “Nisha” Jankowski. This also gives them enough time to build confidence and sharpen their skills in preparation for international competition. If nothing else, local heroes will become regular fixtures in their respective regions and be able to make a pretty good living doing so.

Of course, all of this is still up in the air. The execution of this new system must be close to perfect for it to work without damaging the scene in the long run. But for regions that aren’t Europe or China, the changes are very much welcome.

Still a lot to fix (monetization, prize purse cut, residency issues for players, etc.) but a good start that I'm happy to see explored instead of waiting for Dota to die. https://t.co/Cs8GMuWHiV

There are some adjustments to be made (such as with the prize money awarded in the regional leagues) but for now these are steps that needed to be taken. Valve must listen to feedback going forward, or risk making irreversible mistakes that not only affect the top regions but the competitive scene as a whole.