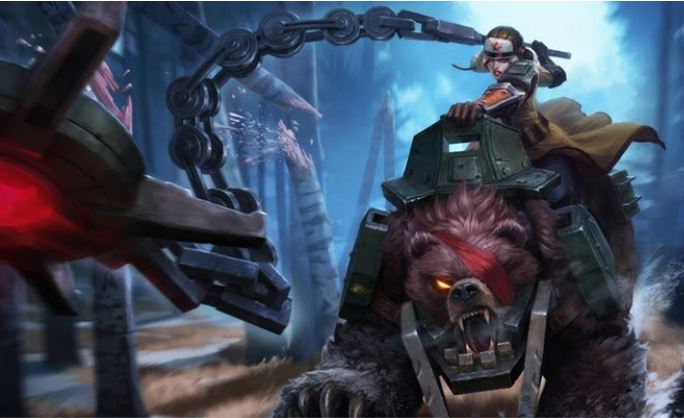 The latest changes to Bami’s Cinder could give jungler tanks an advantage. (Photo courtesy Riot Games)

Season 10 hasn’t been very kind to junglers. Between major nerfs to jungle camp experience, a meta overrun with roaming mid laners poised to snatch your camps and kill your laners, and the heightened pressure of landing perfect smites on ever-important Elemental Drakes, it may be the most demanding position of 2020.

Junglers aren’t the only ones that have felt their role could use a bit more agency. In patch 10.3 Riot shipped a buff to the experience and gold gained from Krugs and the Monster Hunter passive from jungle items. Now, in patch 10.4 Riot’s looking to heat things up with one of the most meta defining jungle changes of the season; a mini-rework of the Bami’s Cinder item line.

Turning up the heat

Cinder, a premier item component for tanks, received a major update to it’s iconic AoE passive. It carries over to it’s two item paths: Cinderhulk and Sunfire Cape (and the Ornn-upgraded Forgefire Cape as well).

The passive, Immolate, now brings an additional effect that’s much more interactive than a wave-clearing aura. After hitting an enemy with an immobilizing crowd control ability, a fireball is released that deals bonus magic damage that scales with bonus health. Here’s a quick rundown of the stats:

Naturally, when we hear of an item passive that proccs off of crowd control, emits passive AoE damage, and scales with bonus health, we know it’ll be pretty good on tanks. In this case, it could be downright OP for tank junglers.

Right out the gate, the new Immolate buffs will provide multiple things in one package: speedier jungle clear, more impactful ganks, and some front-loaded damage to top it all off. Prominent jungling frontliners like Sejuani, Zac, and Amumu already build Cinderhulk typically, but the added gold value is giving them plenty more bang for their buck. On top of that, they’ve been creeping back into the meta already due to recent buffs and overall reliability will have a field day barreling their way from lane to lane.

When tank junglers are strong it opens up new avenues of possibility for laners. Scaling mages can more reliably rely on tanky, CC-heavy junglers to help establish priority for them in lane. This equates to better back timing and fast item checkpoints, enabling them to come online faster. On the other side of this coin, champions that excel at avoiding ganks will also emerge as an answer to this playstyle.

Cinderhulk junglers normally have plenty of tools to gank, but their kits are tailored towards enabling strong laners to succeed rather than stealing the glory for themselves; a game won’t be lost at 15 minutes because of a fed Sejuani. Expect team compositions in competitive play to shift slowly towards reliable scaling for teamfights rather than early and mid game dominance.

Riot has a history of over-tuning any sort of rework or new feature for limit testing purposes before nerfing them, so get the most out of these buffs while you can. Especially when paired with a defensive keystone like Aftershock that deals a decent amount of damage on its own, Immolate’s new effect makes the strength of tank junglers too enticing to ignore.