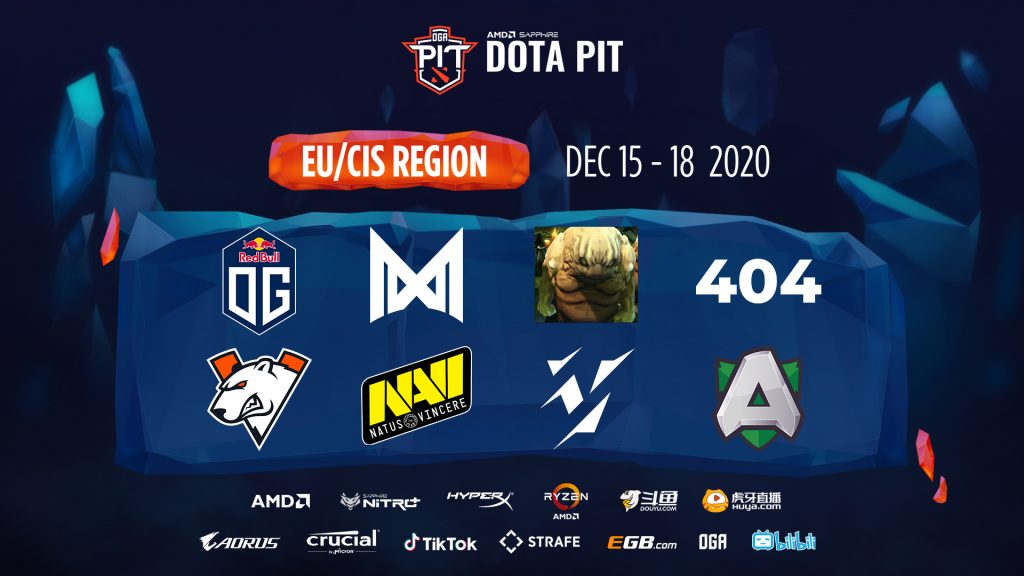 Natus Vincere have defeated OG to become the champions of OGA Dota PIT Season 4 EU/CIS. The CIS team defeated the two-time TI winning OG in a rematch of the Upper Bracket Final. The victory came just one day after the release of the 7.28 update, with the grand and some of the semifinals of the event taking place on the patch.

Our Dota2 roster ends 2020 on a major note with a @OGADotaPIT Season 4 trophy! Congrats, boys! 🏆

But even a game-changing patch couldn’t slow down the action from this event. While this huge shift in the meta definitely seemed to affect the outcome, it’s an unfortunate reality of playing online tournaments and having Valve as your developer.

imagine this: not only we get a day but a TIME for new content releases so people don't have to wait around all day. know any other games that don't give you release times for the their new content? it's cool i'll be around for the next 8 hours, waiting.

The Mistwoods update, which completely changed many heroes and added numerous new Aghanim’s Shard abilities, was clearly on display in the OGA Dota PIT finals especially. At several points it was clear that with the enhanced potential of heroes thanks to their new or returned abilities, Na’Vi had the advantage they needed to pick up the win. But even prior to the update, Na’Vi had been on top form, storming through the upper bracket to secure their victory.

Hard to keep it consistent

The OGA Dota PIT event was a chance to see some of the recent surging talents in Europe  and CIS. However, many of these teams didn’t live up to their recent form. Vikin.gg, who’d widely been regarded as a new member of the ‘top teams’ didn’t perform up to their recent standards. A defeat to Team Nigma in the opening of the bracket, and then a straight 0-2 loss Virtus.pro sealed their fate.

Similarly Live to Win, who’d been a stand out in the EPIC League, barely managed to make a mark this tournament. A single match victory over Mudgolems after being stomped by eventual finalists Na’Vi was all they could muster.

What’s more, the new Virtus.pro roster who just a few days ago made headlines with their victory in the EPIC League, were not in the same form this event. The team struggled with an OG team they’d handily defeated at the Epic League, and didn’t get to show off much more of their talent against Alliance in the lower bracket. The team seemed to tunnel vision in drafts, locking in Sven again and again, instead of trying something new.

It was a shame to see these teams fall early in the tournament, as they’re some of the most exciting parts of European and CIS Dota at the moment. Hopefully they can recover and put on a good showing in next years DPC, which is now less than a month away.

The biggest shock in this event didn’t come from a upset or team swap, but instead from Valve’s decision to drop the patch right in the middle of a series. Team Nigma and Alliance’s Lower Bracket round 3 match would fall right on the release windo, and as a result there was a huge shift in momentum.

Alliance had picked up the first victory, battering Nigma with a super strong combination of Earth Spirit and Tidehunter. But after the first match, there was a huge delay as the new patch dropped, and teams scrambled to read the notes. With that in mind, Nigma’s Aliwi “w33” Omar went back to one of his comfort picks: Meepo. The infamous W33po is one of the tricks that Nigma’s opponents always have to look out for, but with a new Aghanim’s ability and a few other tricks up his sleeve, Alliance just weren’t ready for Meepo. Despite Alliance initially looking strong with their mid Underlord, nothing could stop the Meepo and Nigma turned the series to a 1-1 score.

When you think too hard about the new patch you forget about the meepster! Game 3 coming soon!🤪#OGADotaPit pic.twitter.com/eUY0GG6E0d

Game two went similarly awful for Alliance. With a newly buffed Slardar and now a flying Clockwerk, there was little the team could do to stop Nigma. 7.28 might not be Alliance’s patch, and it dropping in the middle of their series is just a case of awful look. Nigma wouldn’t fare much better in their next match up either, losing to a seemingly better prepared for the patch Na’Vi. Nigma losing to Na’Vi ultimately lead to our grand final, with Na’Vi taking on OG in a new update showdown.

OG met Natus Vincere previously in the upper bracket final. In that pre-patch clash, it was OG who narrowly defeated the Na’Vi stack with a pair of closely contested games that had both teams fighting back from their highground. However, OG were fresh off a classic matchup versus Team Nigma in the upper bracket, and with that win fresh in their minds were able to push through and take the victory.

But as the grand final kicked off, it was Na’Vi who seemed to have the upper hand. Alik “V-Tune” Vorobey’s Phantom Assassin was just too much to handle in game one. The hero remained unkilled for the entire game, and put a stamp on things with a huge team fight win. At the 31-minute mark, PA got jumped by OG. But in the ensuing fight, Na’Vi would lose four but OG lost all five. This kind of brutal trade continued until Na’Vi finally secured victory, wrapping up a 41-minute game with an 18/0/15 scoreline on PA.

Game two started little better for OG, with Na’Vi quickly grabbing a lead thanks to the still insane pressure early of Chen. The patch may have changes some things, but the zoo is still far too much to handle. As V-Tune’s Ursa scaled out of control, OG once again found themselves with no answer for the carry of Na’Vi, dropping game two.

Don't worry guys. We have some strats for the third map
(@OGesports don't peek pls) pic.twitter.com/cPU3svMtry

The final game was just a confirmation of Na’Vi’s supremacy. The team was able to put together a brutal team comp that included a dominant Batrider and Doom. With the new Aghanim’s shards abilities and OG seemingly unable to keep up, Na’Vi secured their victory in decisive fashion, bullying OG’s carries into their high ground.

Na’Vi Heads home with a highly respectable $62,535 in prize money, and the knowledge that they won the last major regional tournament of 2020. The finals of OGA Dota PIT season 4 were sadly marred by numerous connection issues and the stream cutting out. But even so, this was a great send off for European and CIS Dota 2 in 2020. It’s been an incredibly memorable year for the scene, and not always for the right reasons. Regardless, it’s time now to look forward to what the next year, and latest patch, will bring competitive Dota 2.