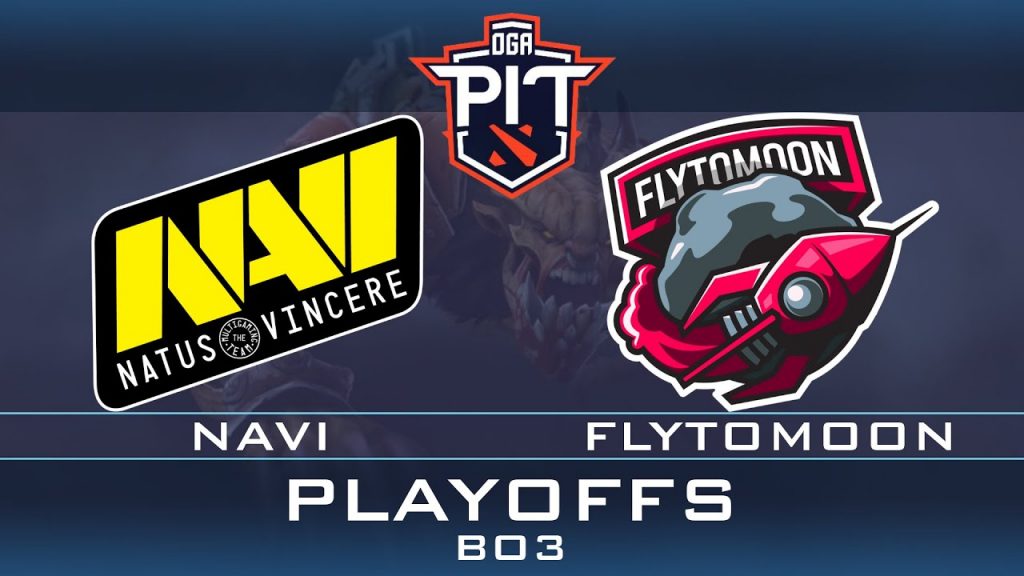 FlyToMoon’s entire roster has been signed to Na’Vi on a trial basis. (Photo courtesy OGA)

In one of the wildest moves in Dota 2 of recent memory, Na’Vi have announced they will field the roster of FlyToMoon as their representatives for ESL One Germany. The partnership was teased and then announced on the morning of September 22nd across social media.

In a news post on their website, Na’Vi describes the beginning of a period of “cooperation” with FlyToMoon. The entirety of FlyToMoon will join Na’Vi on a trial basis for at least two tournaments: OGA Dota PIT Season 3 and ESL One Germany 2020. The move comes off the back of a series of impressive performances for the stack at recent events, including BEYOND Epic, OGA Dota PIT Season 2, and the OMEGA League.

We are ready to announce our Dota 2 line-up for the upcoming events!

Just two days ago, on September 20th, FlyToMoon had announced the signing of Vladamir “RodjER” Nikogosyan to their roster, replacing a departing Ilya “ALOHADANCE” Korobkin. It now seems that signing was influenced by this upcoming signing by Na’Vi.

Now we wanna officially announce that Vladimir "RodjER" Nikogosyan , becoming a part of our team! Wellcome on board @rodjerdota ! 🚀😎🚀 pic.twitter.com/ZxmiqPs1F8

Commenting on the acquisition, Na’Vi’s COO, Aleksey “xaoc” Kucherov, described why the organization had decided to sign this new roster: “FTM has been playing together for quite a while without any contractual obligations, salaries and other benefits of the dota sphere, and yet they managed to maintain a high level of discipline within the team. They showed good results in many tournaments this year due to a well-established training process.”

“This is exactly what the CIS-dota is lacking, where many professional players are looking for ways to play with friends or join them at their first call. These kinds of scenarios eliminate the prospect of building something long-term. Sooner or later all teams face issues, and it’s important to be able to find the strengths to deal with them instead of running away.”

However, the signing of a new trial roster is bad news for the existing Na’Vi lineup. Vladyslav “Crystallize” Krystanek, Nikita “young G” Bochko, Pavel “9pasha” Khvastunov, Alexander “Immersion” Hmelevskoy, and Illias “illias” Ganeev, have been placed on the team’s inactive list. In a continuation of an earlier radical overhaul, the team has now benched the remainder of its past roster.  Their performance over the past season has been lackluster, with losses to many traditionally tier two teams such as HellRaisers, Cyber Legacy, and their now replacements, FlyToMoon.

Huge changes in our Dota 2 roster and a new approach to player selection!

Whatever the results of this new experiment, the signing of an entire new stack to a trial contract, while your existing roster is still under contract is almost unheard of. Although, it isn’t the strangest thing to happen in CIS Dota by a long shot.

Na’Vi’s new roster will be in action on September 23rd, taking part in OGA Dota PIT Season 3: Europe/CIS. Their opening matchup will be a true test of their mettle under the new banner, facing Team Nigma at the top of the bracket. You can catch all the matches from this first day of the tournament on OGA Dota Pit’s official Twitch channel. Full details of the roster change are available on Na’Vi’s official website.