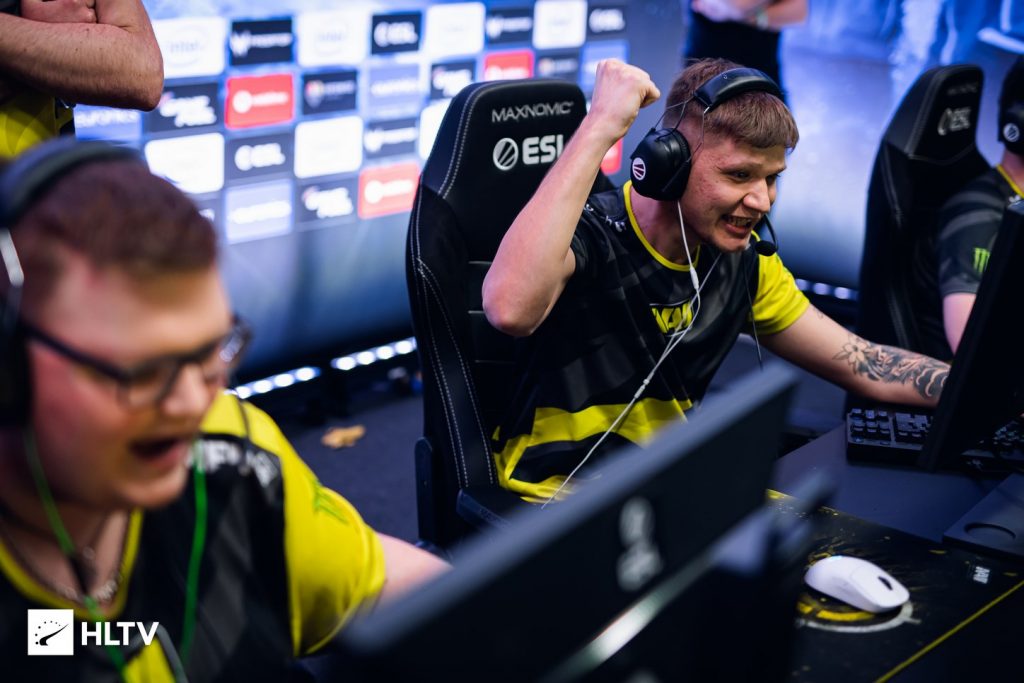 Na’Vi and Vitality have swept their final group stage opponents to qualify for the IEM Beijing playoffs. (Photo courtesy HLTV)

The final two squads to advance out of Group A at IEM Beijing have been solidified. Natus Vincere and Team Vitality both easily won their qualification matches and will join FaZe Clan and Complexity in the playoffs.

After their disappointing loss to Complexity in the upper bracket qualifier, Na’Vi had to contend against Team Spirit for their spot in playoffs. Spirit had just come off of a clean 2-0 win against OG, a team seated just two spots below Na’Vi in the HLTV global rankings. Despite both teams coming from the CIS region, their last matchup was over four months ago. They were supposed to meet in the IEM New York CIS third place match, but Na’Vi ended up forfeiting due to health issues.

The anticipated matchup began on Spirit’s Overpass pick. A clean pistol round out of Na’Vi saw them start strong on the CT side.

Spirit had an incredibly difficult time finding their way into bombsites. They only managed to plant the bomb five times on their attack. At the forefront of Na’Vi’s defense was Denis “electronic” Sharipov. He racked up an 18-4 K-D ratio and 95.7 ADR for a 1.73 HLTV rating. The half ended 11-4 for Na’Vi.

Another pistol win brought their total to 14 rounds. Spirit did their best to come back from the deficit once they had weapons. Eight of the next nine rounds all went their way. Unfortunately, the gap was too big to bridge. Na’Vi would steal their opponent’s map 16-12.

Next up was Nuke. Spirit started on the CT side and took their first pistol round of the series. They accrued a 4-1 lead before Na’Vi started firing back. The score stayed tight throughout the rest of the half. Although some key clutches came in for Spirit, Na’Vi would not be denied a narrow 8-7 lead going into their CT side.

Spirit managed to double up on pistol rounds and gained a 12-8 lead early into their offense. Things looked promising if they could continue their momentum. Na’Vi’s dynamic duo had other ideas. Aleksandr “s1mple” Kostyliev and electronic combined for 27 kills and 198.9 ADR as Na’Vi won seven rounds straight. An ace out of Leonid “chopper” Vishnyakov was the only point Spirit managed before Na’Vi closed out the game 16-13.

The top-rated team at IEM Beijing had a rough go against FaZe Clan in their upper bracket qualifier. After getting swept aside in a 2-0 loss, Vitality had one more chance to qualify for playoffs. Their opponents would be MAD Lions who had just upset Fnatic.

Nuke was up first courtesy of MAD Lions. The initial rounds went back and forth as the teams fought for economic supremacy. Vitality were the ones who found the first win streak and took a 5-3 lead. After that, the rest of the half was all MAD Lions. The Danish side came out of the woodworks to take a 9-6 lead going into the locker room.

That was the closest MAD Lions would get to winning the match. Vitality looked like a different beast on their T side. Their deficit disappeared in the blink of an eye and was replaced by a flawless attacking half. Richard “shox” Papillon put up a monster performance, going 34-12 with 122.7 ADR and a 2.04 rating. He out-fragged everyone on Vitality by 18 or more on their way to a 16-9 victory.

Inferno was the map pick of Vitality. Despite losing their T side pistol round, the train still left the station on schedule. A second round force buy hit on the B bombsite took the wind out of MAD Lions’ sails early.

Vitality then streaked their way to an 8-2 advantage. A late resurgence from the Lions helped keep the score from getting ridiculous, but they still had to deal with a 6-9 deficit. It became clear that they were not up to the task. Nabil “Nivera” Benrlitom came in for shox on the map and played the best of any Vitality member. His 13-4 K-D and 126.2 ADR helped the French side starve MAD Lions out.

A 16-8 finish solidified Vitality as the final team from Group A to advance to the next stage.

Half of the eight playoff spots have now been claimed. Group B begins their play on November 12th and will conclude on the 16th. Many strong teams like Heroic, Astralis, and BIG will be competing for their chance at the IEM Beijing trophy and a spot at the IEM Global Challenge.