NASEF, Anaheim Ducks Are Giving Out Scholarships for Esports 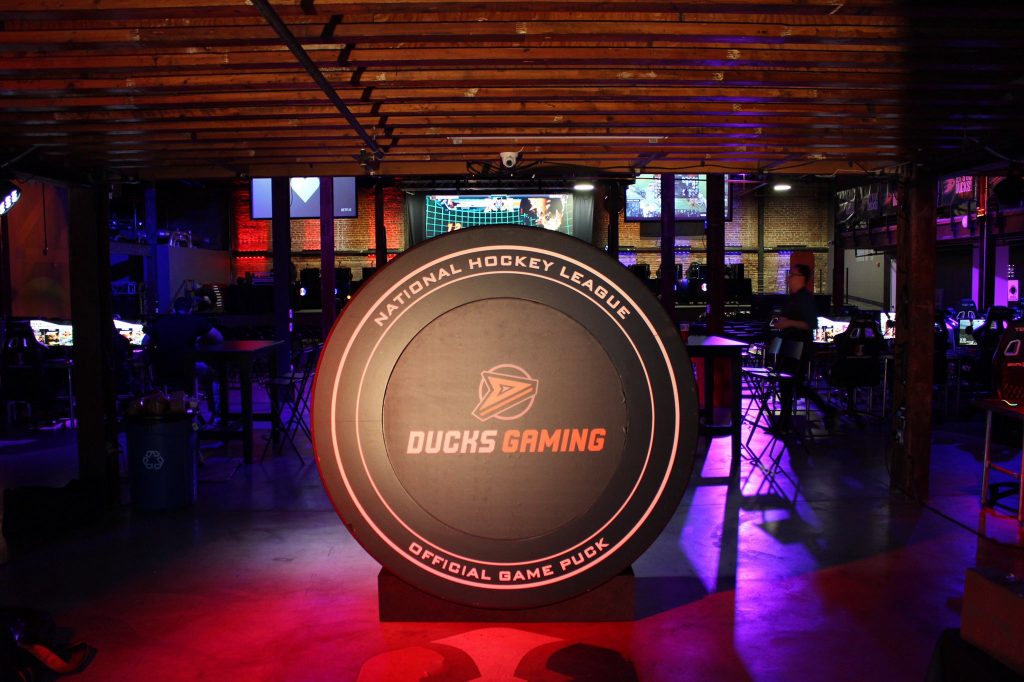 The NASEF has partnered with the NHL's Anaheim Ducks to award $20,000 USD in scholarships. (Photo courtesy of @AnaheimDucks / Twitter)

The North America Scholastic Esports Federation (NASEF) is a high school esports league that began in Southern California. The organization has run esports tournaments, developed esports curriculum in partnership with UC Irvine, and now has partnered with the local NHL franchise to award $20,000 in scholarships.

The scholarships were awarded for results in an NHL 19 tournament. Seventeen students competed from Southern California high schools and the winner was Andrew V.—last names were withheld as all participants were minors.

Andrew took home a $5,000 scholarship. Students who finished in second, third and fourth place earned scholarships of $2,500, $1,500 and $1,000 respectively. Not all scholarships were awarded for skill on the sticks; other students received money for “Beyond the Game” competitions.

Five other students received $1,000 scholarships for things like logo design and team analysis. The winner of the logo design category was Spencer H. who said he appreciated having more avenues in addition to just the NHL competition.

“The thrill of a 1v1 is what I look forward to at every tournament I play,” Spencer said via NASEF. “NASEF has also given opportunities such as this one to further my education. I plan in double majoring in Graphic Design and Game Design, so NASEF is actually giving me experience in or near both fields while also giving me the opportunity to pay for it.”

Originally called the Orange County High School Esports League, NASEF changed their name to reflect their national ambitions. They have steadily expanded the organization and their Winter League of Legends tournament involved 85 teams from high schools around the country.

Still, most of their operations are centered in Southern California, and they have found an interesting partner in the nearby Anaheim Ducks. Just like all the other major professional sports leagues in the US, the NHL announced an official partnership with its digital esports counterpart in 2018.

The first NHL Gaming World Championship was held in June 2018 and was won by Eki, who took home the $50,000 first place prize. Like all the other traditional sports simulations, plenty of questions still remain about the validity of these games as esports. In NHL, the players are still controlling only one player on the team, which leads to computer-controlled glitches being exploited, something that happens in both Madden and Fifa esports competitions as well.

Despite those questions, NHL franchises have taken to hosting their own esports events. Both the Washington Capitals and the Detroit Red Wings hosted esports tournaments in February of this year. The Ducks, in addition to the tournament put on by NASEF, also hosted an open NHL competition for adults at the same time. In that tournament, they awarded Ducks jerseys and tickets to the podium finishers.

Registration for year two of the NHL Gaming World Championship closed at the end of March, and the event will be held again in June of this year. The league improved at least one aspect of the competition by changing the competitive format to Hockey Ultimate Team (HUT). In HUT, players must create their own roster, instead of choosing an existing NHL team. Last year’s finals matched Sidney Crosby’s Pittsburgh Pelicans against… Sidney Crosby’s Pittsburgh Pelicans, so the reason for the switch is clear.

NHL Esports are still growing and figuring out their spot in the wider esports landscape, but four Southern California students have already had their skill in ‘Chel rewarded with some solid scholarships.