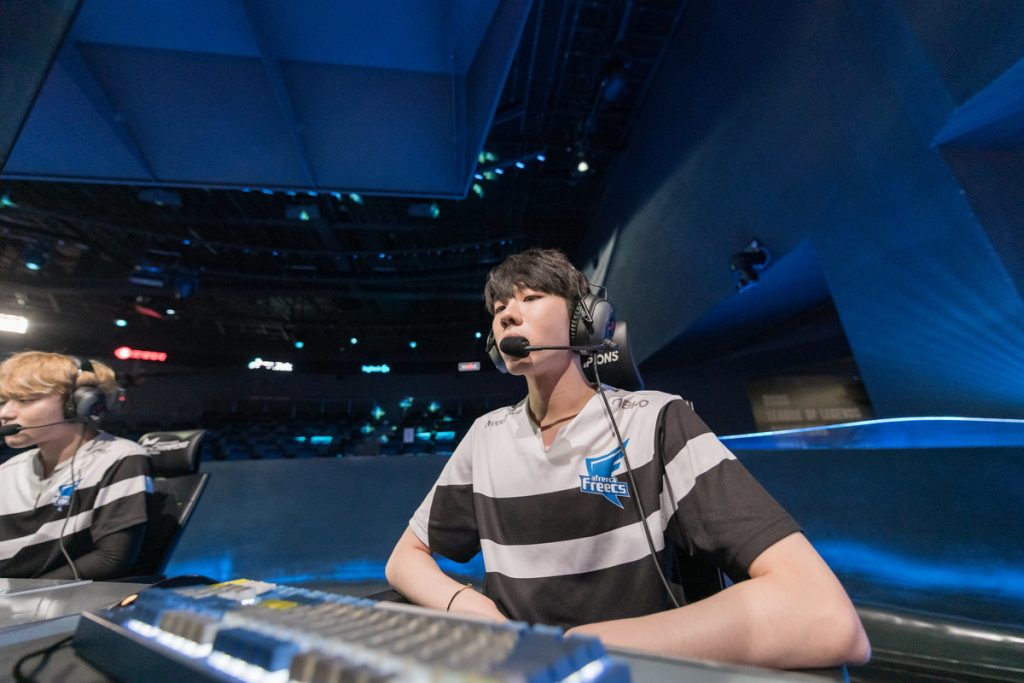 Ben has announced his retirement to focus on being a father to his daughter in China. (Photo courtesy Riot Games)

Nam “Ben” Dong-hyun has announced he is retiring from professional play. The support player has served a healthy four-year-long career playing in both the LPL and the LCK.

Ben’s career started back in 2016 when he joined Invictus Gaming from July to December. During his first split, he managed to enter the LPL Summer playoffs, before exiting the tournament in 8th place.

While the start of his career was not particularly great, he certainly made up for it the split after. In December 2016, he joined Team World Elite, who then went onto win the LPL Spring Playoffs and Regular season.

While team World Elite couldn’t reciprocate their Spring success, they managed a solid Summer performance, making it to the Worlds 2017 Play-in stage after topping the Regional Finals. They then dominated their Pay-In battle, their Main Event Group Stage and only lost to Samsung Galaxy in the semi-finals, who went onto win the finals 3-0 against SKT.

With the relative success, Ben stook around for another year on World Elite. However, the roster didn’t gain anywhere near as much success as the years before, finishing 8th in Spring and missing out on Playoffs entirely in the Summer.

From there, Ben joined the then Topsports Gaming throughout the 2019 season, which later became Top Esports while he was on the roster in late 2019. Throughout the year, his team finished 3rd in both the Spring and Summer. Unfortunately for the roster, Top Esports failed to make it to the Worlds 2019 Main Event as they lost to Invictus Gaming in the Regional Finals.

With this disappointment, the Korean returned to the LCK to spend his final year in the LCK on Afreeca, reuniting with Jin “Mystic” Seong-jun once again. Afreeca started slowly in Spring 2020, just narrowly missing out on a playoff spot. Moving into Summer, the roster performed much better, earning a Playoff spot. The team then went onto beat T1 in the opening Playoff round but lost out to Gen.G in the following segment. Their final shot to Worlds was through the Regional Final, where T1 met them in the second round and got their revenge.

With this history, Ben was on plenty of rosters that were so close to winning Worlds and so competitive with other Worlds calibre teams. When Ben announced his retirement, he said that he wanted to stop playing League of Legends to help raise his daughter. His girlfriend lives in China, so the player plans to migrate back to China to be with his wife and child. On his departure he had good things to say about his Afreeca teammates, stating they were good people, and he hopes League of Legends continues to flourish.

A message from Ben:

"I'm going to stop being a League of Legends professional player. I am so grateful to my fans. I really want to see my daughter, so I am planning on going to China and look after her, together with my wife"

For the latest roster news throughout the world, visit our offseason tracker.