NA VALORANT: Who Has The Best Case of Third Place? 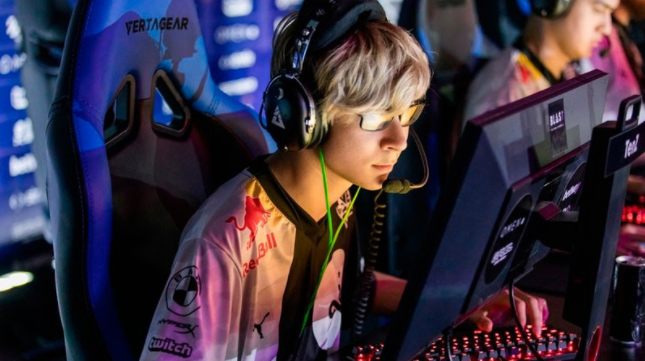 As the VALORANT Ignition Series comes to a close, the North American Valorant field has fallen in line behind the dominant number one in Sentinels and a clear but not-that-close second in Team SoloMid. The two rosters have split the NA Ignition events two apiece; TSM won the T1 x NSG Showdown and the FaZe Invitational, while Sentinels claimed PAX Arena and Pop Flash.

Even outside of the Ignition Series, very few events have gone the way of any other team other than these two. With a current lull in the North American action, it’s time to look at the teams on the outside looking in at the top two spots, and see who has the best case for third place.

According to VLR.gg, TenZ is currently ranked number one in the world when it comes to average combat score; 297.6 across over 1500 rounds. The next highest is Zyppaan for FunPlus Phoenix, and the next highest NA player is Wardell with 261.9. On his main agent Jett, that ACS reaches 299.5 for TenZ.

But he is just part, albeit a big part, of a successful VALORANT C9 team that’s been getting better and better as the roster has filled out. Since the beginning of July, they finished second at Pulse and PAX, and third at Pop Flash and the Pittsburgh Knights Invitational, with their performance at FaZe being the only stumble. They had been missing their pivotal Cypher player for a while, but filled that need with the signing of vice in mid-August.

You've seen him around the server with the squad and now it's official.

Based on these recent results, Cloud9 appears to have the strongest case for third, and that’s reflected in both VLR.gg and ESPN Esports’ most recent power rankings. But they are not the only team who’s made a strong showing as of late.

Pop Flash was the breakout event for Envy since the Together We Are Terrific roster was acquired. With their backs pressed against the wall, they found victory in three different elimination series against T1, Immortals, and Dignitas. They even won those T1 and Dig series after trailing 1-0 following map one. After that, they avenged their upper bracket loss to C9 with a lower bracket final win, which unfortunately earned them the opportunity to get clocked by Sentinels in the Grand Finals.

Take Sentinels out of that tournament, and Envy outplayed every other team they faced. kaboose let loose during Pop Flash, finishing either first or second in ACS for his team in all four of their victorious series, with a plethora of highlights to go with.

What a way to win it! @kabooseCS picks up 5 kills (but not the ace) to give @Envy the 2-0 win! They play @Cloud9 next. #TeamEnvy | #PopFlash | #IgnitionSeries pic.twitter.com/XM67DBtvO6

It was a slow start for the players after signing with Envy. They were bounced early in playoffs at the FaZe Clan and PAX Arena Invitationals. But this injection of momentum gives them a strong case for North America’s current number three team.

The French-Canadian VALORANT roster of Gen.G does hold the distinction of being the only team to win an event in which both TSM and Sentinels were participating. After a perfect 3-0 in group stages at the Pulse Invitational, they actually defeated Sentinels in the semifinals before 2-0’ing Cloud9 in the Grand Finals. Unfortunately, this was back in July and their case has actually gotten weaker since.

Their shortcomings at Ignition Series events aren’t a good look. Sentinels got revenge in the quarters of PAX, winning 2-1 despite Gen.G taking map one on Bind. They were able to take 4th at the FaZe Invitational but finished last in their group at Pop Flash. What was once a strong start for them at the beginning of the summer has now turned into a collection of, at best, mixed results.

gMd has been a pivotal part of the success that Gen.G has found so far. Splitting his agent selections between Raze and Phoenix, Gen.G finds themselves victorious when he’s dropping 20-25 kills per map with his aggressive playstyle. At the aforementioned Pulse Invitational, his average combat score in the playoffs of 261 was ranked third overall. But are Gen.G third overall in North America?

The youth movement is on at the Immortals camp, and similar to Envy, the youngest guns in diceyzx and Asuna had a coming-out party at Pop Flash. Both players, along with their teammate GENGSHTA, finished in the top ten of all players for average combat score at the event. Dicey was tied for third in overall KD while playing Jett; keeping pace with some of NA’s other great Jett players in WARDELL, shahzam, and TenZ.

At that event, he also had one of the filthiest, most clutch Jett aces seen so far.

One of the best clutches/plays in Pro VALORANT so far pic.twitter.com/9Ff5ciCi0y

While a claim to third place in NA is tough to argue right now, Immortals’ young duelist is filled with potential. His breakout performance came less than two weeks after joining the IMT roster. And at only 17-years-old, surrounded by a young, talented team, the Immortals organization are expecting great things in the future of this lineup.

The first thing Homeless did when they got a new home in Dignitas was go to one of the nicest homes in the neighborhood and kick the door down. Twice. The players were signed by Dignitas on August 20th, and competed in their first event under the black-and-yellow just ten days later.

Their first test was against the black-and-white, in the reigning FaZe Clan Invitational champions TSM. Dignitas didn’t seem the least bit intimidated, however, smashing TSM in two one-sided maps. In the elimination series, Dignitas defeated them again, forcing a rare pre-playoffs exit from one of the two consensus top NA teams.

Despite a shorter list of matches and performances to grade, there’s something to be said about delivering a one-two combo to a top team at your first official event with your new team. Dignitas will become a serious contender once they get acclimated with their future permanent fifth player.

Deciding who is first place in North American VALORANT, let alone second or third, may seem a moot point this early in VALORANT’s rise to prominence as an esport. Why should it matter who the best teams are so soon? Well, with Sentinels and TSM dominating the NA conversation, it should light a fire under the teams clamoring for third to be better than just worthy of a bronze medal. A more competitive field, in just one region alone, means that when the global pandemic passes and offline events are scheduled, crowds will be treated to more surprises. And VALORANT will be better for it.