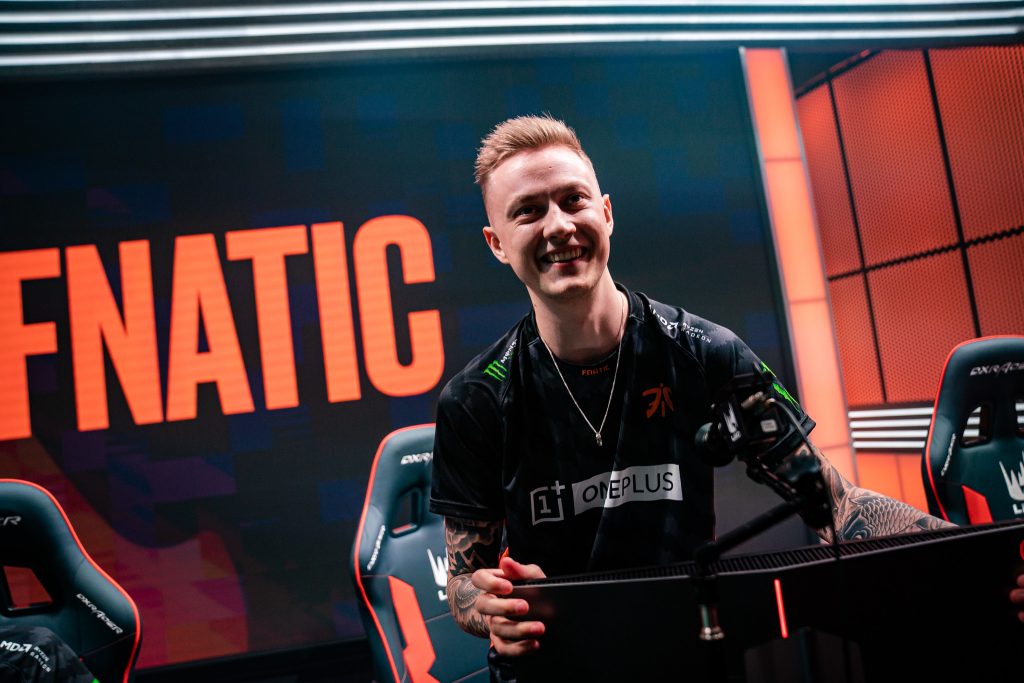 Fnatic should help the LEC edge out the LCS at NA/EU Rift Rivals 2019. (Image via Riot Games)

League of Legends’ Rift Rivals 2019 kicks off with North America’s League Championship Series (LCS) versus Europe’s LoL European Championship (LEC) on June 27. The tournament between the two region’s top three teams from the Spring Season will run until June 29 at the Riot North America Studios in Los Angeles, California.

The tournament starts with a group stage in which each team will play against all teams from the opposing region once. Those will be best-of-one matches.

The Finals are a best-of-five “Relay Race” in which every team must play at least one game in the series. The winning region from the group stage earns the right to select their participating team after the losing region selects their participant for the first three games of the series. So if the LEC wins the Group Stage, the LCS must select their team to play first in the Finals and the LEC can counter pick the LCS selection (e.g., North America picks Cloud 9 in game one so Europe decides their best matchup is Fnatic). The teams in the last two games of the Final are blind-picked.

Rift Rivals does not grant points toward World Championship qualification, so the tournament is primarily viewed as a show match. There is also a two versus two tournament and an NA versus EU Classic Showmatch between former star players from each region.

Without question, the LEC heads into Rift Rivals 2019 as the heavy favorites. G2 Esports manhandled Team Liquid 3-0 in the Mid-Season Invitational Finals and head to Rift Rivals as the second-ranked team in Europe after Fnatic crushed them in their regular season match-up. Origen are off to an uneven 3-3 start to the Summer Season, but that is only marginally worse than the LCS teams.

Team Liquid have rounded into a better form of late, but have still lost two games in the Summer Season and have not looked as dominant as they did in the Spring Split. TSM and Cloud 9 are both in a four-way tie for second place at 5-3, mixing in brilliant performances with duds. There is no doubt that the LCS is sending their three best teams, but none are in exceptional form heading into the weekend.

If there is a redeeming factor for the LCS, it’s that the tournament is being held in Los Angeles instead of Europe. Riot decided to host Rift Rivals in Los Angeles for the second consecutive year so as to not strain the European team in the year they host the World Championship. That means the LEC players must travel and deal with the jetlag and time change that should be the problem of the LCS players this year.

In the end, the tournament has turned into little more than a showmatch, and the teams that are more motivated should have a leg up on the competition. Team Liquid and G2 Esports have had no break, courtesy of playing at MSI, so the competition could be decided by the hungrier second and third place teams between the regions. That bodes well for the LEC, as Fnatic looks to have ascended to one of the best teams in the world.

The LEC, despite the inconvenience of traveling on a short week, still has the better teams and comes out on top. The LCS has great depth throughout the league, but the upper echelon of the LEC is a step above their LCS counterparts.