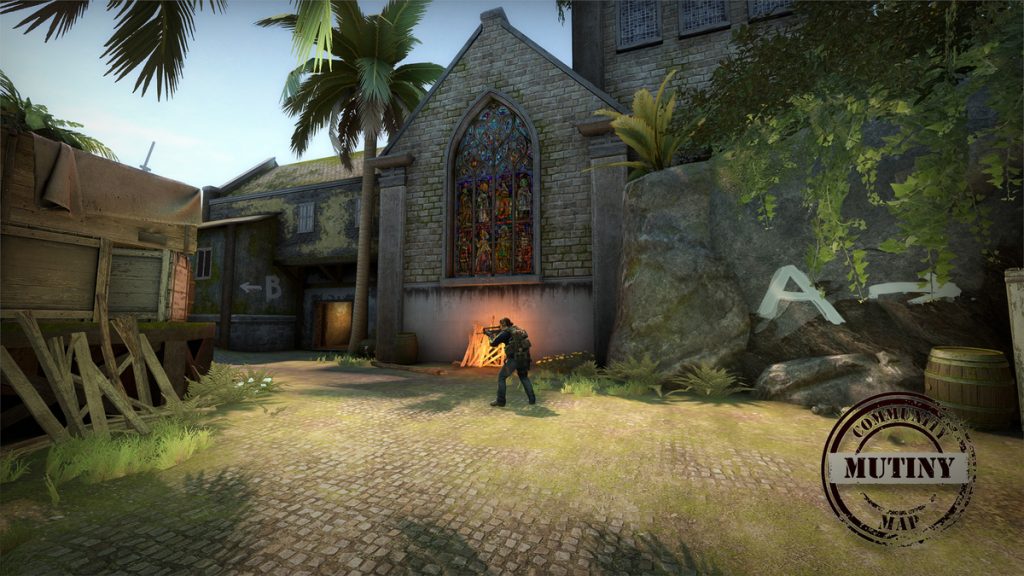 CS:GO recently released a new update adding Trust Mode, new maps and other misc features on July 23rd. Since the update, CS:GO players have spotted issues with the patch, in particular, the new maps. Luckily both maps have been updated as of July 27th, making the maps much more enjoyable to play.

Mutiny and Swamp are the two new community maps that are joining CS:GO for Casual, Deathmatch and Scrimmage game modes. These two maps have replaced Jungle and Chlorine in the July 23rd patch and will last for several months as Valve rotates community maps in and out of casual play.

Mutiny is a pirate-themed map, featuring 18th-century Caribbean island buildings, a church, Pirate Galleon and more. On the other hand, Swamp is set in the Louisiana Bayeux, featuring boat docs, a repair shop and lots of water and fauna.

Unfortunately, players quickly found bugs, including run boost, spawning, crouch placement issues and more. Well, the map developers have listened to community feedback throughout the weekend have improved the on these issues. The below video is an issue of players taking the bomb outside of the intended playable zone.

You can runboost to this boat outside of t spawn on mutiny and get the bomb stuck there. from GlobalOffensive

Over the weekend, the developers released updates to their maps, featuring a range of changes. Mutiny has seen the map design change overall to better suit the map’s balance and other major concerns are now addressed. This includes fixing the issue of the bomb getting stuck on the small boat while also altering map corridors and roofs for better grenade use and map navigation. Among these changes come fixes to boosts, map noise ambience and improved FPS performance for certain graphic settings.

Changes to Swamp follow a similar story, with the likes of the map being altered to encourage balancing. Several boost spots are fixed to make the game much more friendly for both sides, alongside slight alterations to object placement, so angles do not become too dominant. Hopefully, with these updates, both maps will have a much better life span as the community entertains themselves for months to come. Changelogs for Mutiny and Swamp can be found in the map title in this sentence.

Trust Mode is the new default launch option for the game. The feature is designed to combat cheating, by fighting 3rd party apps, such as cheating clients and more. However, the programme is a bit too good, as there are complaints about it affecting streaming programmes like OBS. Valve have said that Trust mode is designed to stop all injections from foreign programmes, so it possible that streamers and content creators will have to find a way around this issue for now.

Valve has been busy releasing patch updates on their blog throughout July. So it could be possible they have more fixes to come for their latest security feature in the coming days. Check back here for more details as Valve improve their service.