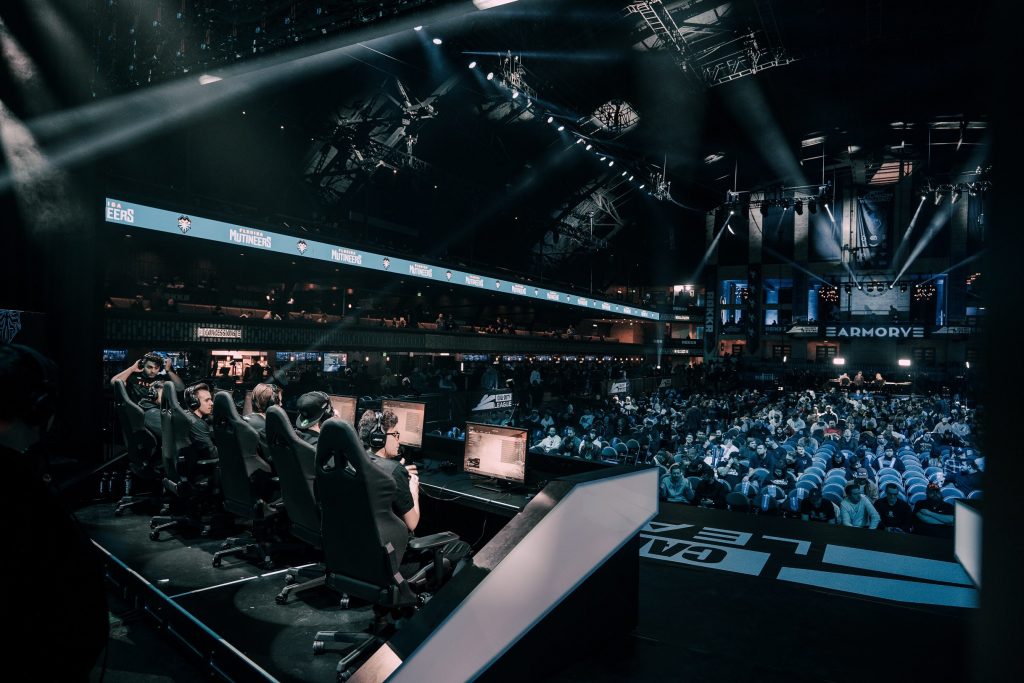 The Mutineers secured a back to back home series victory with an impressive performance. (Photo courtesy Mutineers)

The Florida Mutineers secured the first back-to-back home series victories in the Call of Duty League at the Paris Legion Home Series on Sunday. Florida is also the first team to win three home series events this season.

The Florida Mutineers have eliminated any doubt that they are one of the best teams in the Call of Duty League. They have consistently beaten other top teams with ease and continued their rampage at the Paris Legion Home Series.

Florida started with a 3-0 victory over the Paris Legion. Paris started slow in the first map and suffered a 100 point loss on Hardpoint Rammaza. They did perform better in the next two maps, but Florida was able to maintain momentum and end the series quickly.

Florida faced the Dallas Empire in their second match of the weekend who are also one of the top teams in the league. Dallas struggled to find their groove, however, and only won one Hardpoint match in the series by two points.

They did manage to keep the score within 10 points on Hardpoint Azhir Cave, but Florida still sent them to the losers bracket against the London Royal Ravens.

The Florida Mutineers faced the New York Subliners in what would be their closest and dramatic series of the weekend. The Subliners won the first two maps and were on their way to sweeping Florida, but the Mutineers did not give up. Florida barely survived the third map with a 153-146 Domination Hackney Yard win which shifted the momentum in their favor. They maintained the pressure and crushed the Subliners with a 250-133 Hardpoint Rammaza win which took the series to map five.

New York could not bounce back and lost the final Search and Destroy match 3-6 which secured the reverse sweep for Florida.

The final match of the weekend was between Florida and Atlanta and was expected to be an intense game five series. Florida swept Atlanta in a 3-0 series and asserted themselves as the first team to win three home series events in a season.

Florida once again started strong in Hardpoint and one the first map 250-190. The second map was Piccadilly Search and Destroy which went to the 11th round. Florida was able to win the close map and confidently went into the final map of the series.

😮 @Priestahh can’t get the kill!

The Florida @Mutineers take S&D in round 11 to go 2-0 up on the @ATLFaZe! One map away from winning the Paris Home Series: https://t.co/yZsmfZjEUg#FearTheDeep | #CDL2020 pic.twitter.com/KiT37XsSVY

Florida won Hackney Yard domination in a brutal 235-70 victory. This was not as drastic as Toronto’s victory over OpTic Gaming, but it was still a tough loss for Atlanta.

Florida has proven they can compete and dominate the best teams in the league and will likely continue to be a top contender in the remainder of the season.

The rise of Toronto

The Toronto Ultra have had a rough season so far but performed very well during the Paris Legion Home Series. Their first match of the weekend was against Atlanta who are the number one team in the league and a very strong team. Toronto still performed well and almost walked away with a victory.

Atlanta secured Gun Runner Hardpoint with a decent 250-172 score. Toronto came back and won the next two maps, however, and came very close to pulling off one of the biggest upsets of the season. Atlanta was able to regroup and win the last two maps, although the final Search and Destroy match went to an intense round 11.

Toronto went on to face OpTic Gaming in the loser’s bracket where they dominated them with ease. Toronto started the series off with one of the most one sided Hardpoint matches in Call of Duty history. OpTic finished the match with 49 points and could not counter Toronto’s dominant presence. OpTic Gaming did better in the next two maps but were still eliminated by Toronto in a 3-0 series.

Toronto played New York in their next match and started their third series off strong with a 250-200 win on Hardpoint Rammaza. The Subliners were not willing to be eliminated, however, and went on to win the next three maps.

The Toronto Ultra almost pulled off an amazing comeback in the final Hardpoint map to take the series to game five, but New York stopped them in their tracks. Despite not making it to the semifinals, the Toronto Ultra still performed well during the Paris Legion Home Series weekend. Their newest player CleanX made his CDL debut and proved that he is a solid addition to the team.

Fan’s will likely see more wins from Toronto in the future.

Atlanta are still the number one team in the Call of Duty League but suffered a tough defeat in the finals. They also went to game five in every match before the finals which is great for spectators but stressful for the team.

MajorManiak explained this weekend how his team’s performance will not affect them in the long run and that they are still in a good place:

“I think the position that we’re in now, we’re in a position where we are not in a very bad spot, we are still leading in the standings in terms of CDL points. We are in a spot where we can improve a lot more and just become a team in terms of communication, finesse, and teamwork. I think if we implement all those things together leading up into Champs in the next two home series that we play, it’s going to put us in a really good spot.” 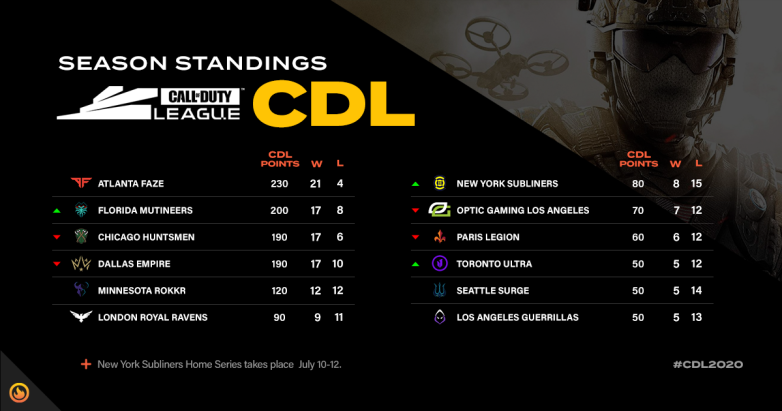 The Florida Mutineers impressive performance pushed them to second place in the league behind Atlanta. Toronto is now tied with Seattle and the Los Angeles Guerrillas for 11th place with 50 CDL points.

The New York Subliners also jumped to 7th place just ahead of OpTic Gaming Los Angeles and now have 80 CDL points. The Paris Legion have continued to struggle and are now in 9th place.