MSI 2019: Strengths of the Teams Heading into Groups 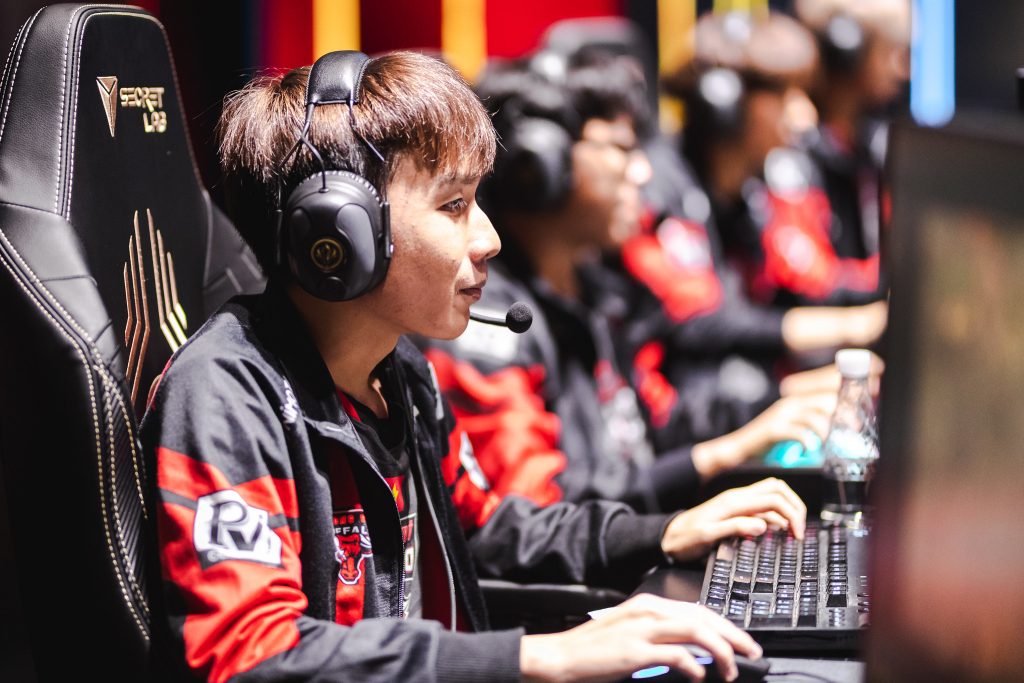 Phong Vũ Buffalo have their work cut out for them in the group stage of MSI 2019. (Photo by David Lee/Riot Games)

The Mid-Season Invitational is the best of the best around the world, with the best team from the best regions all colliding in a mini-Worlds halfway through the year. The teams here are all strong across the board — that’s why they made it here. But still on every team there is a superstar that goes above-and-beyond to elevate the play of his teammates and give the team a point of power to run their game plan through. Here are those strengths for the remaining six teams at League of Legends’ MSI 2019.

If you’re reading the first name on this list and wondering why it isn’t Song “Rookie” Eui-jin, you’re stuck in 2018. Not only is Rookie no longer the best player in the world, he’s no longer even the best solo laner on Invictus Gaming. And that’s not a knock on Rookie. That’s just how well Kang “TheShy” Seung-lok has been playing in 2019, taking his game to an even higher level than that of 2018.

In less than 24hr, our first match of #MSI2019 begins!
Stay tuned and #GoInvictus! pic.twitter.com/wQxdFUIMRy

With all due respect to other great players like Kim “Khan” Dong-ha, TheShy is the most mechanically gifted top laner in the world in a meta that allows top lane carries to shine. Unlike other carries in the top lanes of the past, TheShy’s champion pool isn’t limited to pocket picks he forces into the meta because he’s good on them. Instead, he takes what’s good in meta and relentlessly practices those champions until he’s the best.

It will be key to see how much support Gao “Ning” Zhen-Ning and iG give TheShy, but iG can rest easy knowing they have two lethal ways of attacking the game. Option 1: Camp for TheShy and let him take over the game by brute force. Option 2: Leave TheShy on an island and let him use his other-worldly mechanics to dodge ganks and farm up on his own while Ning influences the other incredible carries on the map. Either way they decide to attack, iG know they can count on the best player in the world to play like it.

Not Khan, one of the best top lane carries to play the game. Not Cho “Mata” Se-hyeong, possibly the greatest support player next to Hong “MadLife” Min-gi. Not Park “Teddy” Jin-seong,  the young-gun carry finally put in a situation to show his talents to a broader audience internationally. And not Lee “Faker” Sang-hyeok, the undisputed best player in the history of League of Legends, who has recaptured his elite form with the revitalization of the SK Telecom T1 roster.

No, the strength of SKT heading into MSI is at jungle with Kim “Clid” Tae-min. Take a minute to think about all the names listed and the absolute star power that SKT now have at their disposal. How could you pick just one of them when they’ve all taken turns being the main carry?

What you really need to be asking instead is how they are each put in a position to carry based on the game state. That falls on Clid. One of the easiest traps to fall into when playing on a team with a great mid laner — much less the best of all-time — is to camp for him every game. It’s not a bad strategy, but it marginalizes the rest of your team and makes you too predictable.

Clid’s game is nothing like that. He is a monster on early game champions like Lee Sin, Jarvan IV, Elise, and Olaf, but what makes them truly terrifying is that you don’t know where he’s going. Will he camp for one of the three incredible carries? Will he continually invade your jungler to give that information to his laners and stop the threat of his own team getting ganked? Will he place vision around the map while power-farming for later? His versatility allows SKT to thrive with so many mouths to feed around the map.

For G2 Esports, the offseason was a story of the rich getting richer. Already blessed with a top-two mid laner in Europe, they went out and got the other top mid laner in Rasmus “Caps” Winther, flexing Luka “Perkz” Perković to bot lane. G2 as a whole improved, also in part because of their upgrade at support in Mihael “Mikyx” Mehle, but somehow G2 got even better at mid lane from the swap.

Perkz was a phenomenal mid laner in 2018. He had a 4.07 KDA and crushed it for his team as the main carry with a kill share of over 30%. He was a star, but it was important for G2 he show up and be a star every game. Caps coming in changed that in 2019. With an over one percent smaller gold share, Caps improved upon Perkz’ KDA by half a point (4.63). His kill share and kill participation numbers were down, but that’s because the rest of the team was so much stronger from the swap.

No longer dealing with Perkz in the LEC, Caps was dominant compared to the rest of the mid laners. He out-damaged his peers by over 100 damage per minute and really spearheaded the aggressive, and almost cocky play style that G2 have developed in 2019. They’re stronger mechanically than every team in Europe, know it, and let everyone else know it. Now we find out if they’re better than everyone else around the world.

As important as it was for Team Liquid to upgrade from Eugene “Pobelter” Park to Nicolaj “Jensen” Jensen at mid lane in the offseason, the more impactful upgrade came at support as Jo “CoreJJ” Yong-in replaced Kim “Olleh” Joo-sung. Team Liquid has run through their bot lane in their last year-and-a-half of success, but that was driven more by the exceptional play from Yiliang “Doublelift” Peng, even if Olleh was still one of the better supports in the league.

In stepped CoreJJ for 2019, and he took Doublelift and TL to another level. In their first season together, TL finished 14-4 in the regular season and won the Spring Split Finals over TSM. Remember that the first iteration of TL in 2018 — despite also winning the 2018 Spring Finals — struggled to an 11-7 record for 4th during the regular season.

Since replacing Olleh, CoreJJ boasts an improvement in KDA (5.46 to 3.62) and kill participation (74.7% to 73.7%) over his predecessor despite maintaining an identical 14.2% gold share. While Olleh thrived on roaming champions, CoreJJ is more well-rounded in his champion pool and has shown the ability to play ranged, melee, engage, and disengage supports at the highest level. He won LCS Spring Split MVP for a reason and should be the best support at MSI. TL will need him to play like it to make some noise in the tournament.

Flash Wolves are not as strong heading into 2019 as they were in 2018. That’s just the reality of the situation when their two best players — Huang “Maple” Yi-Tang and Hu “SwordArt” Shuo-Chieh — left to Suning and the LPL. But that doesn’t mean they aren’t still a team to contend with, and Lu “Betty” Yu-Hung has stepped into a more prominent role after the departures of Maple and SwordArt.

His KDA has dipped since 2018, which should be expected as his teammates are weaker, but Betty is now shouldering a heavier load in 2019. After getting a 24% gold share in 2018, Betty has effectively maintained that at 24.2% in 2019, even with the meta not favoring ADCs for most of the year. But the bigger the jump has been in his kill share without Maple patrolling mid lane. Betty went from a 28.9% kill share in 2018 all the way to 30.3% so far in 2019. Flash Wolves need him to fill the void that Maple left. New mid laner Shin “Rather” Hyeong-seop is picking up only 19.7% of the 30% left behind by Maple.

Betty had a good play-in stage, finishing 18/7/25 in his four games against Ilya “Gadget” Makavchuk and Vega Squadron. Flash Wolves will go as far as Betty can take them at MSI.

We finish with the hometown team Phong Vũ Buffalo and their star ADC Đặng “BigKoro” Ngọc Tài. Looking at his numbers in the regular season, you wouldn’t necessarily pick him out as the strength of PVB. Võ “Naul” Thành Luân has the better KDA, Hoàng “Meliodas” Tiến Nhật has the better kill participation, and Phạm “Zeros” Minh Lộc was the star carry from 2018.

But when MSI was on the line for PVB, it was BigKoro who PVB could count on to advance. Even though it took them five games against Vega Squadron, BigKoro outclassed Gadget throughout. BigKoro finished that series with a combined 22/8/35 K/D/A, including a 6/1/11 score on Ezreal in the pivotal game five.

It wasn’t only that series that stood out for BigKoro. He and Nguyễn “Palette” Hải Trung more than held their own against Doublelift and CoreJJ, out-dueling them in lane at times in the series despite the sweep. BigKoro finished that series 15/11/9, including an 8/3/3 performance on Kai’Sa in game 1 that almost propelled PVB to an upset. If PVB has any hopes for converting those upsets in the main stage, they’ll be reliant upon BigKoro to get them there.