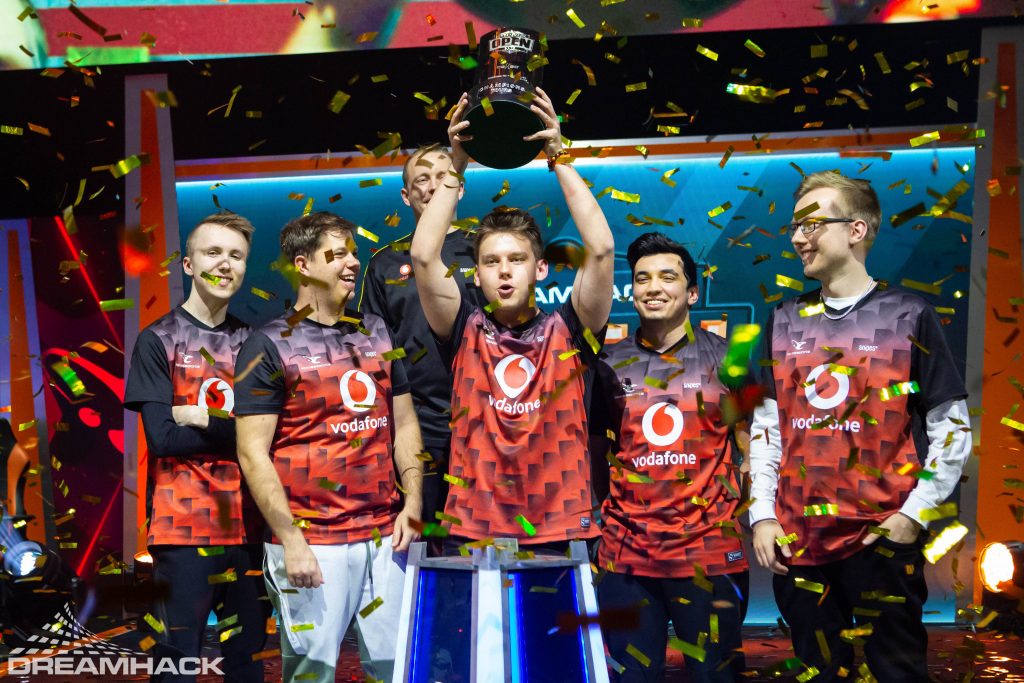 Mousesports emerged as the victors of DreamHack Open Tours 2019, beating Valiance in the final to secure the first trophy under the Finn “Karrigan” Andersen-led team. Mousesports won $50,000 USD of the $100,000 prize pool. The other half was spread across the other seven CS:GO teams in attendance.

The event began with some drama on May 16 when Ghost Gaming announced Ryan “freakazoid” Abadir would miss the event due to travel complications and coach James “JamezIRL” Macaulay would substitute. Obviously, this significant loss left Ghost Gaming without their star rifler and with a slim chance of performing well.

The opening day for Tours 2019 began on May 17 with Group A, including mousesports, Valiance, Windigo Gaming and Instinct Gaming. Mousesports looked impressive as they defeated Instinct. This new mousesports had an improved terrorist side, with the rifling-talent on the roster including Özgür “Woxic” Eker and David “frozen” Čerňanský allowed for an easy mousesports victory.

Over in Group B, including the likes of G2, AVANGAR, FrenchFrogs and Ghost Gaming began with a French derby between G2 and FrenchFrogs. G2 got off to a slow start, losing to FrenchFrogs in overtime.

After this, the runners-up Valiance eased past Windigo 16-5, with FaZe Nikola “NiKo” Kovač’s brother Nemanja “huNter” Kovač having another outstanding performance. Valiance then went on to oust favorites mousesports just as convincingly, winning 16-5. Due to this incredible showing, Valiance was then placed into the playoffs.

AVANGAR beat Ghost Gaming, with the loss of freakazoid proving to be detrimental, as replacement JamezIRL finished with 7 kills. AVANGAR then defeated FrenchFrogs in another close game. This saw AVANGAR move to the playoffs.

The second day of DreamHack Tours 2019 saw mousesports come back to life after their loss to Valiance, beating Windigo 2-0, with in-game leader Karrigan clutching important rounds for the side. This allowed mousesports to be placed into the semi-final.

The rematch between G2 and FrenchFrogs for a place in the semi-final saw a completely different G2, with the team winning 2-0. However, on the final day, this didn’t translate to the semi-final matchup against Valiance. G2 lost 1-2 in an extremely close game, with Valiance’s Nestor “LETN1” Tanić stepping up.

Mousesports looked incredible as they swiftly dispatched of AVANGAR 2-0 in their semi-final, with every player performing individually. This win saw mousesports play Valiance in the final.

The rematch between mousesports and Valiance was extremely close, with mousesports just edging the victory 2-0. The Turkish AWPer Woxic had another good showing, winning an important 2v5 so that mousesports could eventually win the first map on Train. Young rifler Robin “Ropz” Kool also had an impressive series, winning some crucial duals across both maps.

The second map on Mirage saw Ropz continue his good form, eventually leading to a 16-11 victory. The terrorist side had to switch up the pace due to Valiance’s good hold on CT-side. Karrigan’s side eventually came out with blistering pace to secure the victory.

This win saw mousesports breeze through DreamHack Tours 2019, only losing a single map to runners-up Valiance.

The next DreamHack event will be DreamHack Masters Dallas from May 28-June 2, with Windigo and G2 both in attendance for this event.

This event will be live from twitch.tv/dreamhackcs.