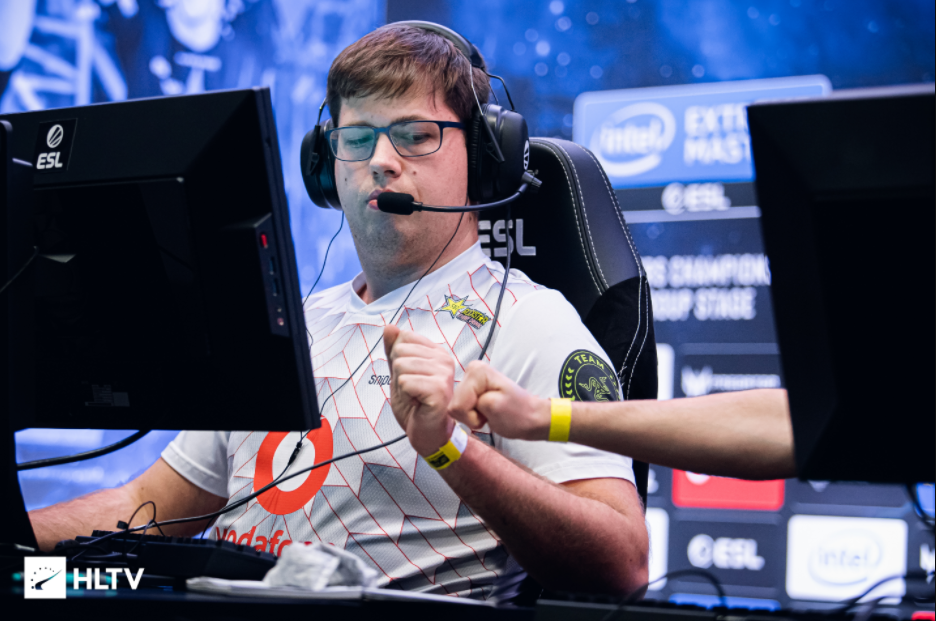 Mousesports have claimed their rightful place as the first seed in Group C. (Photo courtesy HLTV)

Group D in ESL Pro League, the final European group, has concluded. After a week of action, three teams have moved on to the decider matches on Saturday, April 4th.

Mousesports’ journey at ESL Pro League started off strong with a 2-1 win over FaZe Clan. They dropped the first map of Nuke, but then bested FaZe on the much more aim intensive maps of Train and Dust2. However, their plans were quickly derailed after suffering a 2-1 defeat at the hands of OG. They barely took the first map 19-16. Mousesports then fell apart, losing their own map 16-5 and the tiebreaker 16-2.

Now with a 1-1 record, mousesports were at risk of not topping the group despite being the expected favorites. The utter collapse at the end of the OG match didn’t bode well for their form going forward. However, mousesports is a team known for bouncing back. Their next match against Virtus.pro was as standard a 2-0 as possible with two 16-12 wins on Vertigo and Train. After that, they cleaned up TYLOO 2-0 for their free win.

Going into the final day, mousesports were tied with OG for first place with 3-1 records. However, OG had the head to head tiebreaker. If mousesports wanted first seed, they needed to beat G2 and some help from FaZe Clan. Mousesports held up their end of the bargain. G2 couldn’t get anything going on their Nuke pick and lost it 16-9. Mousesports then ended the series on their signature Train 16-11. After losing to OG in match two, mousesports didn’t drop a single map on their road to first seed and direct advancement to Stage Two.

Dropping bombs and finishing group C in the #1 spot after the 2-0 over G2. Looks like the squad was too hot to handle 😎

Don't forget to join the squad live on stream for another episode of the houz show at https://t.co/BLOoCJV8Wr 🙌#ReadyWillingAble pic.twitter.com/skJPWdhcfD

FaZe Clan had a rougher start to ESL Pro League than mousesports. After demolishing TYLOO in their opening match, their first two matches were against two different top five ranked teams in the world. FaZe could have taken the first match in a clean 2-0, but mousesports barely came back to beat them on Train 16-14. The G2 match was a similar story, with FaZe Clan losing Nuke 16-14, winning their own map convincingly, then burning out on the tiebreaker.

The 1-2 start didn’t bode well for FaZe’s chances at advancing, especially with OG unexpectedly rising in the ranks. Their fourth match against Virtus.pro went well enough. They claimed a 2-0 with a 16-11 win on Overpass and a 16-13 on Mirage. The real test would come on the final day of play.

To start out, FaZe Clan needed to beat OG. The upstart squad had recently taken down G2 but lost to Virtus.pro, putting them at a 3-1 record. They were looking strong, but not unbeatable by any means. Luckily for FaZe Clan, that OG upset against G2 gave them a single open door to advancement. Since G2 beat FaZe and OG beat G2, if FaZe took OG down, there would a three-way head to head tie. At that point, round differential would take over as the tiebreaker. FaZe and G2 went into the final match with the same RD. Every point mattered on the final day.

Not only did mousesports beat G2 2-0 while taking 12 rounds away from their RD, FaZe Clan cleaned house. They beat OG 2-0 with two 16-7 scores on Dust2 and Nuke. That +18 RD put them at +40, the highest in the group. These results shot FaZe up from fourth seed to second seed.

The main source of chaos on Group D was OG. The rank 19 team was not expected to come in and take matches off of top five and ten rosters, but they did it anyways. Their first match was the free TYLOO win. They then jumped from TYLOO to mousesports and were expected to fall. As previously mentioned, OG stunned the field by taking the match 2-1.

Surely that win was just a fluke and G2 would put them in their place after having some time to study their play at Pro League. However, that wasn’t the case. OG only looked stronger, this time upgrading their 2-1 upset to a 2-0 sweep upset. OG were poised to secure a first seed finish after just four matches if they could only beat Virtus.pro.

Up to this point, VP were winless and hadn’t taken even a single map in all of their matches. Despite this, OG kept throwing curveballs at Pro League by losing to the 0-3 team. They barely closed out Dust2 in overtime 19-17. OG then lost VP’s Overpass pick. On Inferno, the game was tied at 13 apiece until VP pulled off three CT rounds in a row to take the upset.

Now going into the final day, OG had to win if they wanted that first seed. FaZe were playing with everything on the line as a loss meant elimination. That determination carried them over the line and knocked OG down out of the top seed. Now, their advancement rested on the mousesports vs G2 game. Luckily for them, their round differential was enough to beat out G2 but not FaZe Clan. OG advances in third seed, but will be thinking about what could have been if they just beat VP.

Thanks to the @mousesports' win over G2, we are qualified for the Decider Matches to Stage 2!

With the first Stage of ESL Pro League Season 11 completed, the nine teams who have advanced are solidified. Of those nine, three have earned a direct invite to Stage Two. The other six will be playing against each other in the decider matches. The action doesn’t stop as ESL Pro League continues.