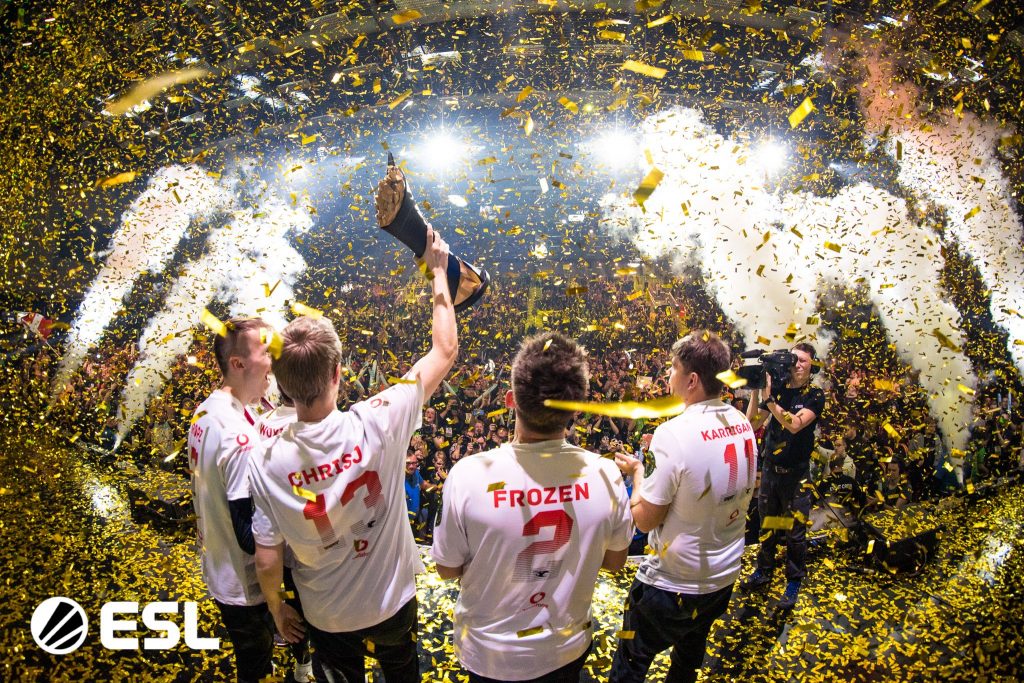 A new page in Counter-Strike: Global Offensive history has been written today. Mousesports have completed their Cinderella run at the ESL Pro League Season 10 Finals with a dominant 3-0 victory over Fnatic.

The Road to Finals

Mousesports’s journey at ESL Pro League Finals began in Group B. Their first match resulted in a win against ATK, but their second match saw them drop to losers’ bracket after a close loss against Team Liquid. Mousesports then sailed to playoffs after confident wins against Renegades and ATK.

Once there, mousesports embarked on the toughest gauntlet run possible. The Quarterfinals saw them face off against Evil Geniuses. While the series did go to three maps, they ended the series with a perfect 16-0 on Nuke. Next up was Astralis, the best team in the world. Mousesports took their own map of Train in double overtime, then won the decider on Dust II in the full 30 rounds. The stage was set for a Grand Finals against Fnatic.

An Impeccable Showing from Mousesports

The best-of-five series started on Fnatic’s pick of Inferno. After winning a second-round force buy, mousesports jumped out to an early lead. However, Fnatic tore their way back thanks to Ludvig “Brollan” Brolin finding entry picks everywhere.

Fnatic ended the half with a 9-6 lead, but mousesports were not fazed for a second. After tying the score with an eco-round, mousesports launched an all-out attack from the T side. They won six of the final seven rounds to close out the map 16-11.

This game is already back and forth! @mousesports convert the eco to tie the score 10-10!#ESLProLeaguehttps://t.co/ZvDWXMCAnq pic.twitter.com/glvcEhOAen

With Fnatic’s map stolen away, it was on to mousesports’s pick of Train. Instead of both teams going on large streaks, this map was much more back and forth. Key plays from mousesports stars kept them close on the T side.

Like the last map, Fnatic were ahead 9-6 at the half. Also like the last map, mousesports didn’t care. After Fnatic took the second pistol round, mousesports put up an iron defense. Fnatic couldn’t manage a single round win for the rest of the map. In-game leader Finn “karrigan” Andersen put up numerous multi-frag rounds, including an ace, to help lead mousesports to the 16-10 victory.

Now on match point, the teams headed to Fnatic’s second map pick of Mirage. The Swedes did show signs of life early with a 5-4 lead from the T side, but once again mousesports made a statement. They took the last six rounds of the half to go up 10-5 in their only halftime lead of the series.

Fnatic did manage to win both pistol rounds, and some heroics from Brollan also helped to keep them in the game.

Despite this, mousesports never lost control of the game. After breaking Fnatic’s economy, mousesports closed out the map 16-11. They are the ESL Pro League Season 10 champions.

The Past, Present, and Future

A win of this caliber had been a long time coming for the mousesports organization. Despite fielding countless roster iterations that have fallen short many times over the years, mousesports’s tenacity has now led them to their biggest win ever. After losing a super-close matchup against the rank #4 team, Team Liquid, in groups, they went on to beat Evil Geniuses, Astralis, and Fnatic in playoffs, the top three ranked teams.

Mousesports have always been a team that could beat anyone on their day, or lose to anyone on a bad day. They came into this stacked tournament as long shots at best, but they beat those odds. With the ESL Pro League title, a foot in the door for the Intel Grand Slam, and an invite to IEM Katowice all under their belts, 2020 is looking bright for mousesports.