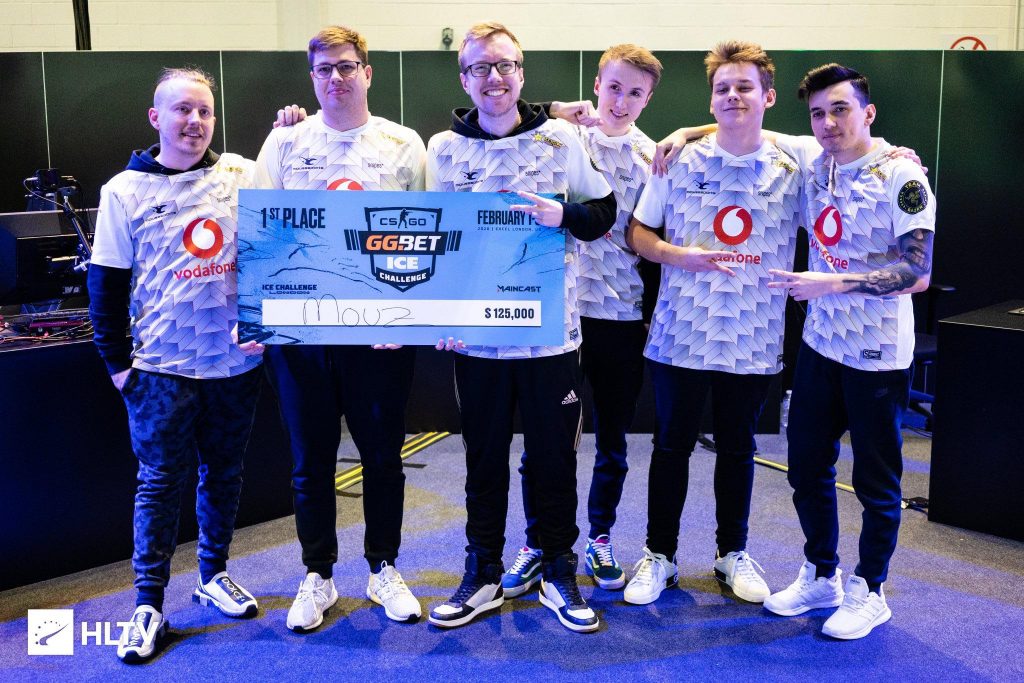 The London 2020 ICE Challenge has come to a conclusion. Mousesports have come out on top after the best-of-five Grand Finals against Natus Vincere. A 3-1 victory has given mousesports their fourth tournament win in their last five attended events.

The map veto phase saw mousesports pick Dust II and Train, while Na’Vi took Inferno and Nuke. Despite it being their map, mousesports struggled early on Dust II. They only managed to get five rounds on their CT side. Na’Vi were in the driver’s seat, until mousesports launched an amazing T side campaign. Mousesports won nine of thirteen rounds, pulling the match to an even 14-14. Robin “ropz” Kool earned his 30th kill of the map to secure the win for mousesports.

Na’Vi were hoping to tie up the series on their own Inferno pick. However, mousesports had other ideas. On T side, mousesports took the first five rounds in a row and ended the half up 9-6. Their CT defense was strong as well, only allowing Na’Vi two rounds. The most one-sided map of Grand Finals would end uneventfully with a 16-8 score line.

Now on match point, mousesports returned to an old favorite in Train. They had also seen Na’Vi struggle against GODSENT on the map in Semifinals. It would take a strong performance from Na’Vi to stay in this match. They started off strong on the CT side with five rounds. Mousesports was able to break their flow with phenomenal plays out of Chris “chrisJ” de Jong.

Even with this, Na’Vi stabilized and ended the half at a comfortable 9-6. Their T side also looked improved. Oleksandr “s1mple” Kostyliev was able to control the map by himself. After multiple clutches and 30 kills, s1mple and Na’Vi took the map 16-11.

The final map of the event would be Nuke. Since it was Na’Vi’s pick, mousesports got to start on the preferred CT side. Their defense was well executed and netted them a favorable 10-5 lead. When Na’Vi won the second pistol and force buy rounds, the distance looked to be closing. That was until mousesports stormed back and took the next four rounds in a row. Their improbable Nuke attack was too strong for Na’Vi to hold. Mousesports would close out the map 16-9 and become the ICE Challenge victors.

The GG.BET MVP award went to David “frozen” Čerňanský. While not always the star player, frozen showed great consistency across the entire event. He earned a 1.24 rating and averaged 86.7 damage per round.

Another event, another win for mousesports. Their meteoric rise to the top of Counter-Strike: Global Offensive which started at the CS:GO Asia Championships continues on. They are already ranked at number two in the world. The only team in their way is Astralis, whom they could meet at IEM Katowice in late February. Only time will tell if mousesports can create a dynasty.