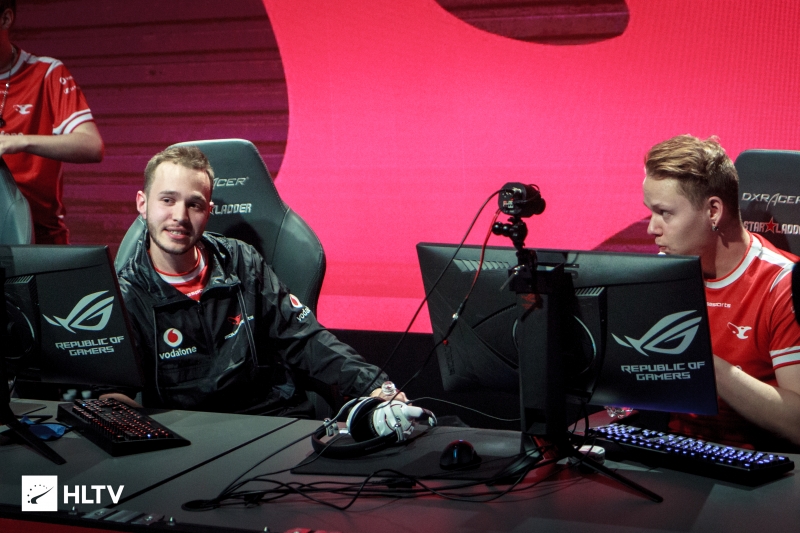 The group stage of the ICE Challenge in London has come to a close. Two teams have been sent home, while six have advanced to the Playoff stage. Some results were expected, others not so much.

On the surface, Group A was full of one-sided matches. Every single contest ended in a 2-0 sweep. However, multiple 16-14 match scores and an overtime map showed that the results could have gone either way.

Mousesports advance as the first seed. They opened their tournament with a win over MAD Lions. On the Lion’s map of Mirage, the game was neck and neck the whole way through regulation. Once overtime started, it was all mousesports.

Mousesports comfortably took their own map and moved on to the Winners’ match.

Against Virtus.pro, mousesports started off hot. VP’s Vertigo pick went the other direction, putting mousesports on match point. On Train, Virtus.pro came storming back. They had three match points after going up 14-13. However, mousesports were able to pull out three rounds in a row to win 16-14. Mousesports receive a first-round bye in playoffs, while Virtus.pro must play Group B’s third seed in quarterfinals.

In the Elimination round, MAD Lions faced Heroic in a Danish clash. What could have been a tight match turned into a one-sided affair. MAD Lions took their own map 16-13. They then beat Heroic down on Nuke 16-7, the most lopsided match of the group. MAD Lions will play Group B’s second seed.

Group B was also full of 2-0 match results, but one surprising match up saw an underdog team take a map. Aside from their run, the group went as planned.

Natus Vincere were the first seed winners of this group. However, their first match was much more difficult than expected. In a match up against GODSENT, the weakest perceived team in the entire event, Na’Vi struggled to close the game out. After GODSENT got demolished on their Nuke pick, they struck back on Na’Vi’s Dust II.

A surprise performance by GODSENT’s key players sent the match into the only tiebreaker map in the Group stage. However, they couldn’t keep up the pace. Na’Vi’s CT side on Train was nearly unbreakable. They closed out the map with six straight rounds to win the match.

The Winners’ match against OG was hardly a contest. Na’Vi took a clean 2-0 sweep. They advance straight to the semifinals after 16-6 and 16-8 wins.

In the battle for the final playoff spot, GODSENT proved that they were for real. Against ENCE, GODSENT put up the most dominant match of the event so far. A 16-7 win on Nuke and a 16-4 stomping on Inferno sent GODSENT through to quarterfinals.

The stage is set for playoffs. Six teams will be battling for the ICE Challenge title and the $125,000 first place prize. The quarterfinals and semi-finals schedule is: