Moth: “It Was a Surprise to Everyone [That I Didn’t Re-sign With The Shock]” 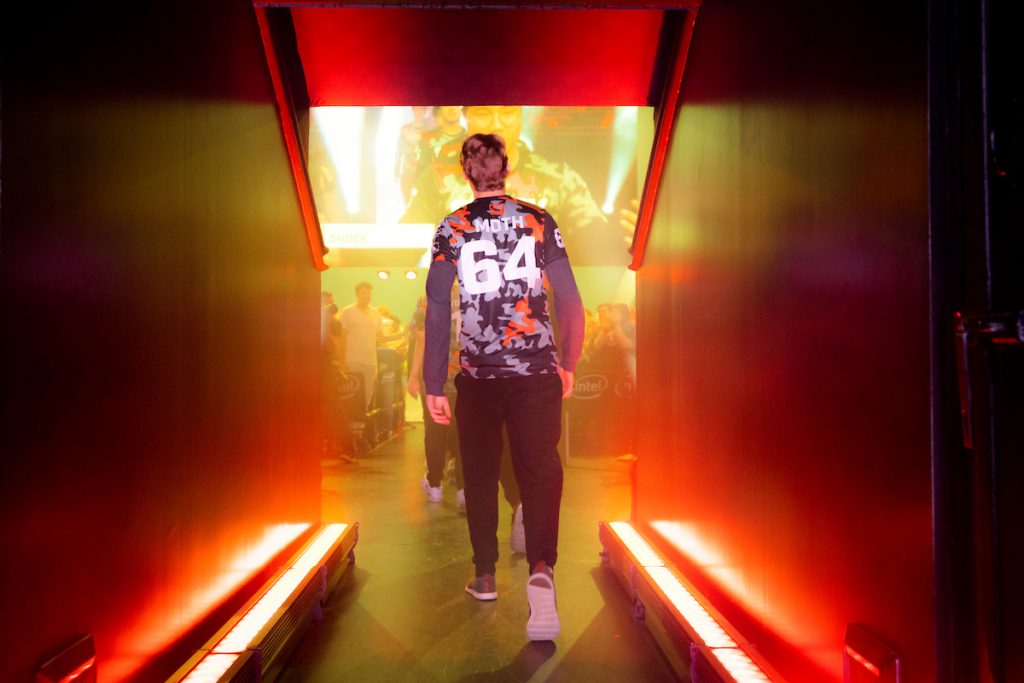 Moth walking out with the San Francisco Shock back when competing at the Blizzard Arena. (Photo courtesy Blizzard)

The Overwatch League off-season continues to keep fans on the edge of their seats, wondering where their favorite players may end up and which dynasties will be broken apart. The San Francisco Shock, the Season 2 and 3 champions, made history as one of the best teams in Overwatch. It seemed obvious that a team this dominant wouldn’t ever make any changes to their roster. However, The biggest news in the off-season thus far has been the departure of San Francisco Shock’s Main Support player, Grant “moth” Espe, to the Los Angeles Gladiators. This past season, the Gladiators had their struggles climbing through the ranks, only finishing top eight in the North American playoffs. After being on the Shock since early 2018, Moth moves on with hopes of sparking a new legacy with this new team.

Hotspawn: We’re really curious about how the decision was made to leave the San Francisco Shock. Was this a change you had pre-planned, or what was your mindset during the off-season with offers buzzing around?

Moth: No, this definitely wasn’t a pre-planned decision. It was a really tough decision for me to make, and it was something I was really thinking heavily about every day leading up until I told Glads (Los Angeles Gladiators) I wanted to join. I went into the off-season with an open mind. I wanted to look at all my options as objectively as possible, and just make sure I make the right decision. I’m really excited to play with all the players on Glads and I really think it’s a championship level roster.

Hotspawn: How did your teammates, and seemingly close friends, on the Shock take the news of your departure? You’ve been on that team for years, it must have been hard to make this change.

Moth: Everyone going into the off-season knew I would be a free agent, so it was definitely up in the air whether or not I would be re-joining. With that being said, everyone expected me to re-sign with the Shock and it was a surprise to everyone [that I didn’t]. I think they’re doing well though, I think FDGod (Brice “FDGod” Monsçavoir, new Main Support signed to the San Francisco Shock) is a great addition to the Shock, so they’ll be in good hands no matter what.

Hotspawn: Well hopefully not too many people cried or got angry or sad. I’m sure it’s hard but you’ll stay friends when you’re not on the same team, right?

Moth: [Laughs] Of course, and being in LA I’ll get to see them all the time, because Shock is also based in LA. I can still visit and stuff too, which will be great. 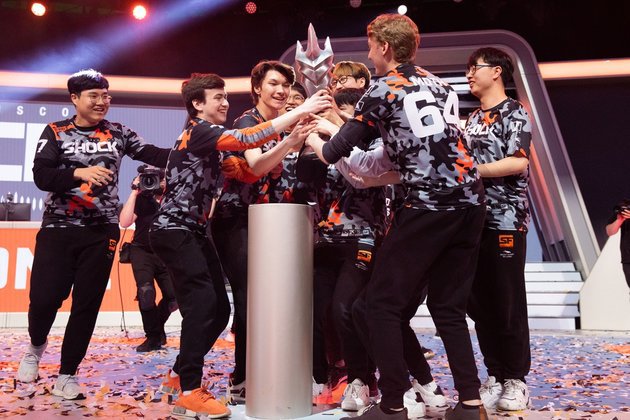 Hotspawn: So with all the action happening in the off-season, why did you land on joining the LA Gladiators over any other team?

Moth: Like I said before, I really think this year Gladiators is going to be a championship level roster. I think all the moves they’re making shows they want to win the whole thing, and they’re going to do what it takes. I’m really excited to play with a bunch of players, like Space and Shu I’ve played with in the past. I know I get along really well with them. So I think I’m going to be very comfortable here and I think we’re going to make a good run for the championship.

Hotspawn: So are you thinking that the Gladiators are going to be better than the Shock this season?

Moth: I think definitely going into this season there’s no way Shock isn’t a top team. I think that’s kind of not debatable. But I think we can work hard and become the best.

I think very highly of Dpei and I’m excited to work under him.

Hotspawn: With the addition of Muze (Young-hun “MuZe” Kim, Main Tank player) and Shu (Jin-seo “Shu” Kim, Flex Support player), it seems like LA Gladiators are going to be a mixed roster, similar to your experience on the Shock. I heard in the past that you were considering learning Korean but decided against it, will that be a goal of yours on the Gladiators?

Moth: We’ll have to see. I saw in the last few years they had a Korean tutor for some of the western players on Glads. So if that’s an option I’ll have to take advantage of that. For me on Shock, it wasn’t really a priority because we were always communicating in English. It is a big time commitment to take lessons, so that’s definitely something I’ll look into.

Hotspawn: So have you guys decided if the comms on Gladiators were going to be primarily in English or Korean?

Moth: That’s something I’ll have to wait and see. I’m not sure.

Hotspawn: What do you think of Dpei’s (David “dpei” Pei, Head Coach of LA Gladiators) coaching style compared to what you’ve been used to before? 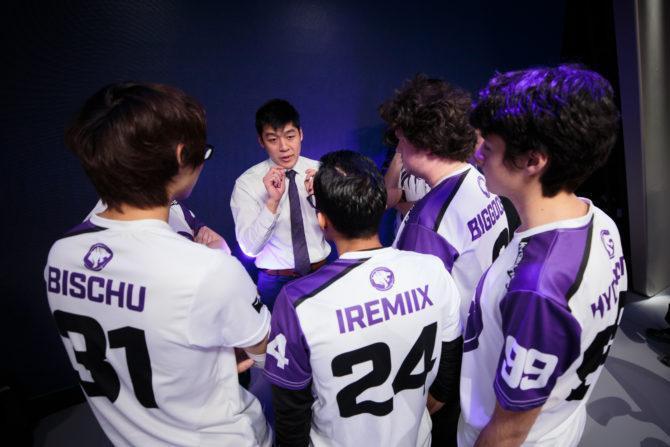 Hotspawn: How is this upcoming season going to be different for you, how are you hoping Dpei and the rest of the coaching staff are going to level you up?

Hotspawn: Were you ever worried about making such a big decision and going from a team with consistent results to starting from scratch and re-becoming a top team?

Moth: I’m not really worried. I think it’ll take time and it’ll take a lot of effort but we will get there. I’m very confident in that.