Most Memorable Moments In Esports 2019 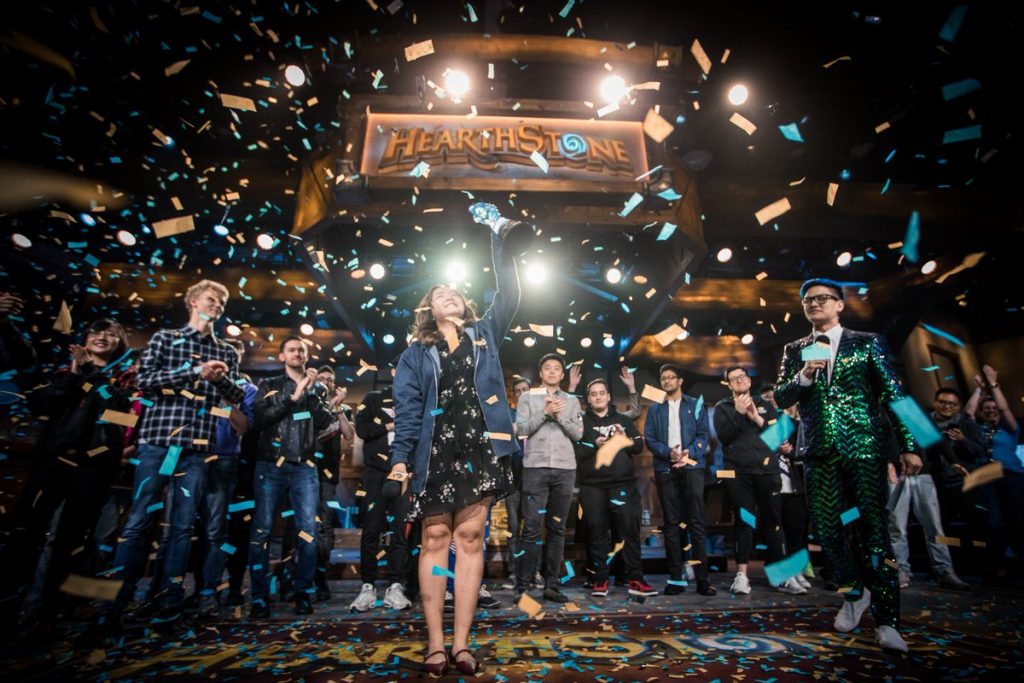 The esports industry had an incredibly successful and exciting 2019. History was made, controversies were sparked, teams dominated and players carved their names in the pantheon of greats. As another year of esports comes to an end, let’s look back at some of the best moments throughout.

A team winning their third match of the regular season shouldn’t hold much weight, unless that team is named the Shanghai Dragons whose victory marked an end to their 42-match losing streak. The Dragons came into the 2020 season after losing all 40 matches during the inaugural 2018 season of the Overwatch League. The moment united everyone in Blizzard Arena as fans from a variety of teams celebrated the incredible moment. It was Shanghai’s breakout moment and an indication of the direction they were headed going forward. It was a long time coming and it was glorious.

Few teams have been as dominant in professional CS:GO, or in esports in general, as Astralis. In fact, their overall 2019 performance possibly solidified them as the greatest team in the history of the game. Their most impressive run of the year was their record-breaking three consecutive major victories, showing how truly dominant Astralis was in 2019. No other team had three consecutive majors under their belt before Astralis did it with their victory at the Berlin Major. Team Liquid might have been ranked ahead of them for a some of 2019 but Astralis showed up when needed and had the most dominant season of all time with four major victories.

Few moments during esports in 2019 can top Richard Lewis’ award speech at the Esports Awards. Lewis received the award for “Esports Journalist of the Year” and his words shook the entire industry to the core. With conviction in what he was saying, Lewis spoke out against various online gaming publications that attack the esports industry in attempts to garner views through ill-advised writing and illegitimate facts. In dropping specific names, Lewis sparked discussion throughout esports journalism and gave an outlet to those that have been wronged in the past. It was an attempt to bring these problems to even more light and even though the things he talked about will likely continue, it put into words what people in the industry have been feeling.

I wanted to contextualize my speech at the Esports Awards and show I wasn't joking about the ongoing hostilities mainstream games press has shown to us in streaming and esports. Here's part one of the very long list.https://t.co/8AJ20yWwdn

GO1 Over Sonicfox at EVO

Dragon Ball FighterZ doesn’t have the most popular esports scene. However, the game produced some great moments particularly at EVO when Goichi ‘GO1’ Kishida and Dominique ‘SonicFox’ McLean continued their storied rivalry. This is one of the most exciting and wholesome rivalries in all of esports. The truly defining moment came after GO1 defeated SonicFox and broke down emotionally right after. SonicFox cheering him on and the crowd celebrating the victory was something truly special and encompass everything right about esports – the passion and love for the game.

The San Francisco Shock solidified themselves as the best team in the Overwatch League after their victory of the Vancouver Titans in the Grand Finals. The Shock had some incredible moments throughout the 2019 season including their “Golden Stage” when they went 7-0 without losing a single map, but none compare to their incredibly dominant playoff run ending in the championship. After losing to the Atlanta Reign at the very last moment from an unfortunate slip-up in the first series of the playoffs, the Shock ran through the lower bracket and the grand finals without dropping a single map. San Francisco showed the resolve needed to be the best and their vengeance-fueled playoff run is a franchise-defining moment that will echo throughout the league for a long time.

Li “VKLiooon” Xiaomeng winning the Hearthstone championship at Blizzcon is arguably the most emotional and significant moment of the year for esports. VKLiooon’s victory marked the first time a female won the Hearthstone Grandmasters Global Finals. After her historic victory, VKLiooon delivered a passionate speech that urged more women to strive for greatness in professional esports and to not be afraid to give it their all regardless of their gender. It was a moment that could open the doors for more female gamers, in what has historically been a male-dominated industry. Having more women break into the upper echelon of esports has nothing but benefits for the scene.

"This is the best way to strike back at those people who doubted me only because I am a girl. It proves that girls can be strong pro players, just as guys do.” – Xiaomeng “VKLiooon” Li pic.twitter.com/1PQczUHwim

After a grueling gauntlet to get to the championship match at the League of Legends Worlds 2019, FunPlus Phoenix and G2 would have one opportunity to take home the games biggest award. G2 were one of the most dominant teams in League all year and came into Worlds as one of the favorites to win it all. FunPlus Phoenix had other plans as they dismantled G2 in the series 3-0 and brought home the trophy to China for the second year in a row. Going against some of the greatest players in the world didn’t faze FPX and showed that nothing is guaranteed in esports. While G2 was crowned “Esports Team of the Year” at the Esports Awards, it was FunPlus Phoenix that won what truly matters.

Much like Astralis solidifying themselves as arguably the best team in CS:GO history, OG did the same with their victory at The International 2019. It marked the second straight year OG has won Dota 2’s most coveted tournament and became the first team in history to do so. Even though they fell behind 1-0 against Team Liquid in the finals, OG rallied to overcome Liquid and take the 3-1 victory in exciting fashion. The International has been an event for nine years so far and no other team has even won twice, let alone consecutively. Their 2019 victory has secured OG as the greatest team in Dota 2 history and they will look to three-peat next year in Stockholm.

We’re your The Internationals 2019 champions and double Aegis winners!

No one has ever done that in the history of Dota! #DreamOG #TI9 pic.twitter.com/18Ar8PZkTN

There was no greater controversy than what was sparked from the words of Chung “Blitzchung” Ng Wai – a professional Hearthstone player. In early October, Blitzchung, a Hong Kong-native, spoke out in an interview in support of the Hong Kong protestors. As a consequence for violating their rules, Blizzard Entertainment suspended him from competition for a year and forced him to forfeit the prize money he had won. The situation sparked a passionate discourse from fans which included turning their backs on the company with online movements such as #boycottblizzard. It broke out from the esports bubble and even caught attention from members of Congress in support of Blitzchung. It was a politically heated situation that garnered a lot of ill-will towards Blizzard and brought up the discussion of company interests and freedom of speech. It extending beyond esports is an indication of just how important the entire situation was.

2019 brought fans some of the most exciting and industry-defining moments in the history of esports. The esports industry will only continue to grow moving forward and if 2019 is any indication, 2020 will be a great year full of heart-stopping, crowd-pleasing moments.

Counter-Strike: Global Offensive Dota 2 Hearthstone League of Legends Other Overwatch
Share
Brandon Howard
Brandon has worked with a variety of clients in his freelance writing career before transitioning into the esports scene where he obsesses over the Overwatch League and the Call of Duty League. He enjoys good conversations, concerts, reading, writing about/playing Overwatch, night drives, movies, and laughing. Clear Eyes, Full Hearts, Can't Lose.
Follow me