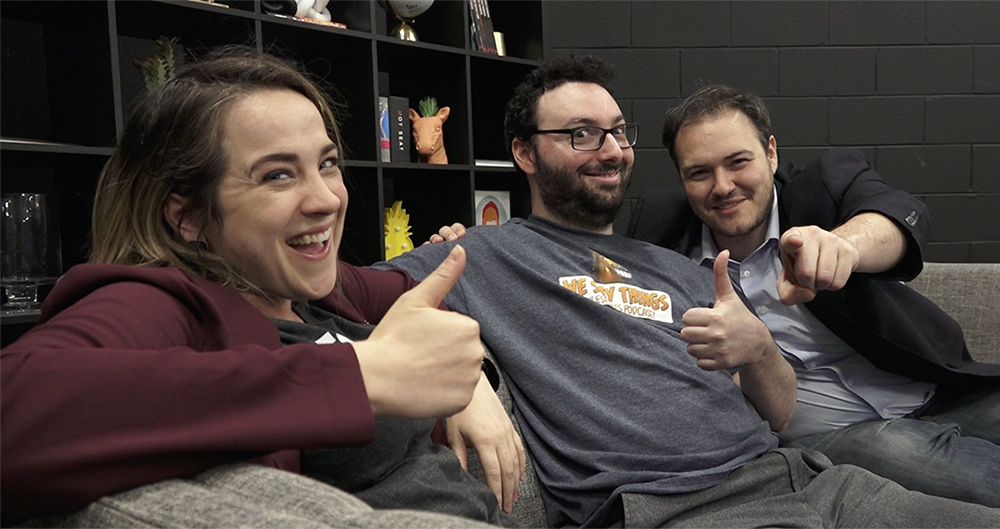 Moonduck Studios is behind memorable tournament series such as Midas Mode, Elimination Mode and Captain’s Draft. Instead of the usual Captain’s Mode system, with the familiar ban and pick drafting system, Moonduck’s tournaments utilize, as you might imagine, Captain’s Draft, Elimination Mode and a custom game mode. They provide a rare opportunity for Dota 2 fans to see “fun Dota” rather than “serious Dota.”

Hotspawn’s Gillian “Kendryx” Linscott had the opportunity to sit down with Jake “SirActionSlacks” Kanner and Shannon “SUNSfan” Scotten to talk about the origins of Midas Mode, the inspiration behind it and who actually came up with the Creep Takeover concept.

For those unaware, BETWAY Midas Mode 2.0 is a tournament using a custom game map and an out-of-game economy system to challenge professional players in entertaining and often fan-interactive ways.

Moonduck’s love of alternative modes was really underlined when they hosted Captain’s Draft 4.0 as a Dota 2 Pro Circuit Minor in January 2018. As the only DPC so far to stray from Captain’s Mode, some saw it as a welcome change while others criticized the inclusion. In the interview, SUNSfan disclosed that the event was run with a US$50,000 deficit. Breaking it down, SUNSfan makes it clear that the cost of running a DPC Minor, with the need to fly in and house all the players, was simply too expensive, without a good way to make money.

So what’s the alternative?

The fan-LAN of BETWAY Midas Mode 2.0, or LAN 1.5 as it was called in the video, is one solution. The event focuses on the fan experience rather than having to manage the needs of several teams of players and staff. The priority here is on the live experience, engaging viewers at home, but also the people who came to the event.

With multiple ways for viewers to get involved in the games from home and on-site, Midas Mode’s truly catered to the fans. SirActionSlacks has really enjoyed giving fans unique ways to interact with pro players, especially through the Creep Takeover and the VR Roshan.

One of the biggest tidbits that SirActionSlacks shared about the way that about the process of brainstorming ideas for the event is that Gabe Newell himself had a hand in things. He apparently proposed the Creep Takeover concept, though as is pointed out in the interview, probably he didn’t envision the creeps harassing players and spamming memes all over the map.

In the interview, SUNSfan expresses, “And so far from the spectating standpoint, from everybody we’ve talked to, they’ve really enjoyed themselves. So that part has been a resounding success.”

Not All Smooth Sailing

What hasn’t been so successful? The custom map has been one headache after another. Even there, the Moonduck-ers can spin it into a positive for fans attending at LocalHost Arena. Those fans have been enlisted to playtest, helping out in ways that fans typically cannot.

Another issue that’s carried over from the first Midas Mode is perfecting the economy. In 2017, the teams gamed the system by bypassing bans and randoming heroes to earn Moonbucks. Moonduck thought they’d corrected the problem by removing the payoff for randoming, but giving bonus Moonbucks for winning. Some teams, like J.Storm, took the cheap route, and amassed more Moonbucks than any single team really needed. Others decided to bypass the whole system, as when Clement “Puppey” Ivanov “negotiated” for changes in the semifinals.

Fans of alternative game modes, rejoice! There’s hope for future events as Midas Mode 3 is discussed, at least as a theoretical. To the delight of Kendryx, SUNSfan suggests an Elimination Mode event might be next on the table for Moonduck. Of course, all things are fluid in Dota 2, and this shouldn’t be taken as written in stone.

To close out the conversation, Kendryx asked about advice SUNSfan and SirActionSlacks would offer to anyone trying to break into the industry. SUNSfan’s tip is, “Do something unique, if you just stand out somehow and you’re good at what you do, then you’ll make a way for yourself.”  SirActionSlacks advises “Do what you love…Don’t be fake, don’t try to do something someone else is doing more.” His caution is that you don’t want to be trapped pretending to do something you don’t love.

Check out the full interview in the video above for all of the behind-the-scenes conversation!