Money in Esports: Where Does it Come From? 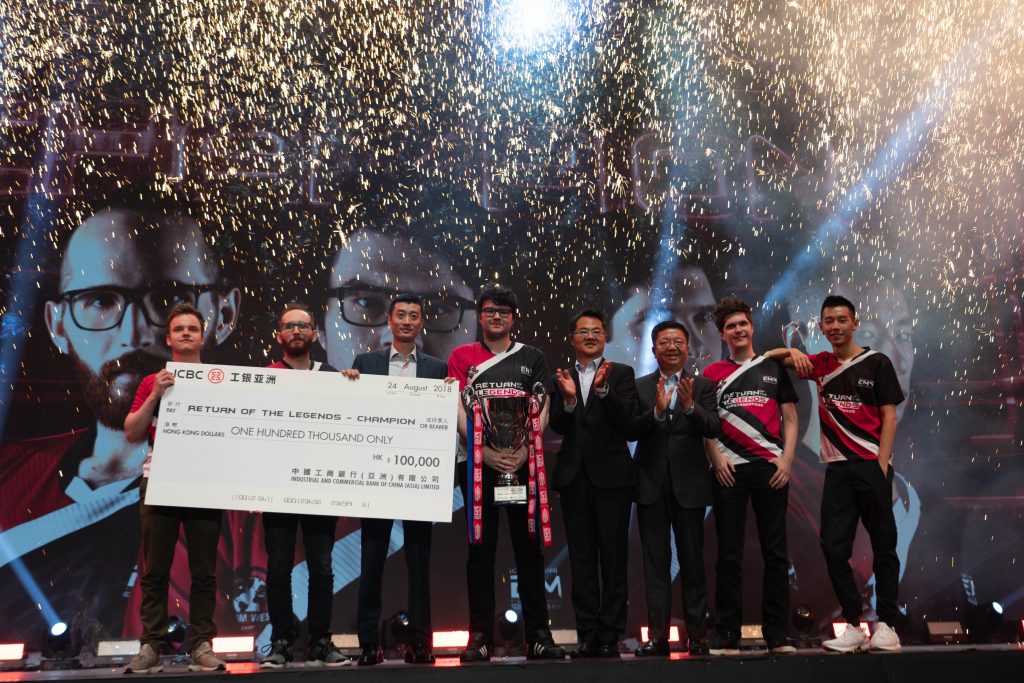 Back when video games were rising in popularity in the 1980’s and 1990’s, the industry was just seen as a hobby and a source of entertainment. No one could have foreseen the heights that the gaming industry would reach by the late 2010’s, and even now it is hard to predict just how popular esports can get in the decades to come.

Upon being introduced to esports, most people are shocked to learn that video game professionals even exist. This shock usually gives way to a whole new batch of questions; how much do competitive gamers get paid? And where is this money coming from? Here, we will answer some of the most common questions people have about the financial side of esports.

How Much is the Esports Industry Worth?

According to a report from the marketing research company Newzoo that was released in early 2018, esports revenues for the year were expected to hit just over $900 million in 2018. This industry is projected to grow to around $1.1 billion in 2019 and all the way to $1.65 billion by 2021.

How Does Esports Make Money?

The staggering revenue that the esports industry brings in can be broken down into five major categories.

The largest by a considerable margin is sponsorships, which currently make up for roughly 40% of the industries earnings.

As is the case with conventional sports, sponsorship deals are mutually beneficial for both leagues and sponsors. With naming rights and patches on teams and tournaments around the world, big companies receive a ton of recognition and advertising from all of the millions of viewers around the world watching and supporting these teams. And for the leagues and teams, these sponsorship deals allow for more money to be invested in bigger tournament prize pools and better players.

The win-win nature of these sponsorship deals explains why so many companies are jumping at the opportunity to invest in esports. Beverage companies like Coca-Cola, Mountain Dew and Red Bull have been a natural fit for sponsorship deals, as have tech companies like Intel, Comcast Xfinity and T-Mobile. But regardless of their relevance to video gaming, companies in other industries like Mobil 1, Audi and Airbus also see the big picture and have worked out sponsorship deals in recent years. This side of the business will only continue to grow as the business model continues to prove itself.

While sponsorship and advertising dollars should continue to grow steadily as the popularity of esports does, media rights earnings have the potential to skyrocket in the near future. Networks like ESPN and TBS have already invested in esports, and many more companies are likely to follow.

Competitive gaming is currently consumed by viewers heavily online, especially on the broadcasting website Twitch. But with viewership numbers in major tournaments reaching tens of millions, it won’t be long before more networks want to get in on exclusive broadcasting rights, which will come with a big price tag. Media rights currently make up 18% of esports revenue.

Rounding out the makeup of the esports revenue earnings chart are game publisher fees (13%) and merchandise and ticket sales (16.2%). Live events already fill sports stadiums around the globe, and the recent push towards North American focused leagues that will emphasize local teams like conventional sports do could help live event popularity and ticket sales even more.

How do Esports Players Make Money?

The way that esports players get paid varies greatly from game to game and league to league. In general, players that play for a professional team get paid a salary, just like athletes do in conventional sports. These salaries are flat rates in some leagues and scaled based on talent in others. In addition to their team salaries, some of the top competitive gamers in the world also earn more money through sponsorship deals.

Part of what makes esports so appealing as a spectator sport, however, is how much player earnings are tied directly to performance. In league structures, financial bonuses are awarded to teams that advance into the playoffs, with the biggest prize going to the team that wins the championship. Tournaments are also held for both teams and individual players in every esports game, with prize pools divvied out based on performance.

As a result, regardless of whether you are a member of a team or just an individual player, your earnings will be decided heavily by how well you play in competition against others.

How Much do Esports Athletes get Paid?

As stated in the section above, wages vary heavily from league to league and also based on how each team or player performs in tournaments. At the top end of the spectrum are elite teams like Team Liquid, who came into 2018 with over $18 million in all-time prize money earned. Team Liquid’s top players include Kuro “KuroKy” Takhasomi, Ivan “MinD_ContRoL” Ivanov and Lasse “Matumbaman” Urpalainen. All three of these professionals are millionaires with over $2.8 million in prize earnings.

Of course, not all esports players are that wealthy. Many tournaments don’t bring in the prize pools that massive ones like Defense of the Ancients 2 (Dota 2) or League of Legends do, and many players and teams can’t realistically compete for the top prizes that the truly elite teams can.

On the lower end of the league salary spectrum is a league like the NBA 2K League, which was just founded in 2018. Base player salaries were in the range of $32,000 to $35,000 with additional relocating fees and housing accommodations provided. So while even the worst teams in the league were guaranteed this modest salary, the best teams stood to make far more with a $1 million prize pool to be awarded out to teams that performed well in league tournaments and the playoffs.

Which Esports Make the Most Money?

Without question, the esports game that gives its players the most earning potential at the moment is Dota 2. This is due to The International, an annual tournament that has accumulated massive prize pools every year since its inception thanks to a brilliant system that allows Dota 2 players to buy packaged with exclusive features and rewards that help to fund the prize pool.

In the tier right below Dota 2 is Counter-Strike: Global Offensive (CS:GO) and League of Legends (LoL), which have both doled out over $50 million in prize money over the years. Other top paying games include StarCraft II, Heroes of the Storm, Hearthstone, and Overwatch.

What Companies are Making the Most Money in Esports?

The companies that produce the games that are most popular in esports also tend to be the ones that run the main leagues and tournaments for these leagues. As a result, these companies are crushing the market twofold, by both selling more of these popular games and being involved in this massive industry of competitive gaming.

Tencent Games became the largest video game company in the world in March of 2018. The company owns 100% of Riot Games, which runs the League of Legends tournaments and leagues around the world.

Activision Blizzard is responsible for many of the world’s most popular esports games as well including Call of Duty, World of Warcraft, Starcraft, Hearthstone, Heroes of the Storm and Overwatch.

Rounding out the big dogs in the esports world is Valve, the company responsible for many popular games including two titans in competitive gaming in Counter-Strike and Dota 2. Valve is also responsible for Steam, a digital distribution company that is a platform for video game sales online.

Dota 2 League of Legends Other
Share
Dave Consolazio
Dave has been a sportswriter for over 10 years and an avid gamer since childhood. His favorite game genres are RPGs and action adventures.