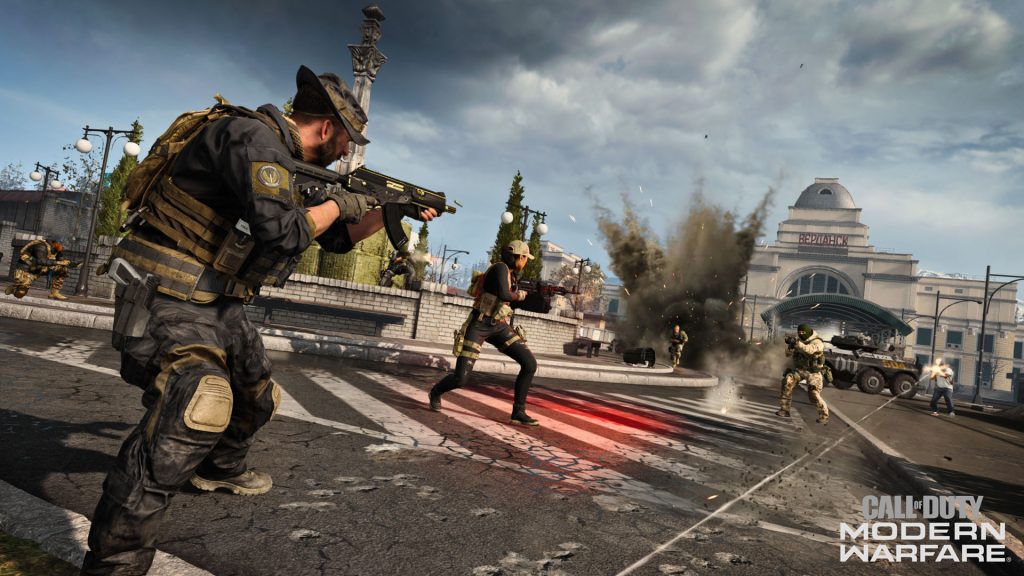 Welcome to Season Four! Click the link to check out the trailer and get a run-down on some of the new modes, maps, and other features that you can expect to see this Season! https://t.co/ZY4UFO09fK pic.twitter.com/msRO9WckaD

There are three new limited time modes that will be introduced throughout season four: Warzone Rumble, Realism, and Juggernaut Royale. Warzone Rumble is the first mode to be available to players and puts them in a 50v50 team deathmatch in areas around the Warzone map.

A new area is randomly selected in each match and can range from wide open fields to close quarter urban areas. Players parachute into the designated battlefield and can select their own predetermined custom class. Dying is not as drastic as it is in other Warzone modes, however, as players will continuously respawn in this limited time mode. Each team scores points by killing enemies and the first team to reach 400 points wins the match .

The various areas featured in Warzone Rumble allow for several different types of playstyles. Snipers will love the mode as there is almost always a spot for them to pick off enemies from a distance. Run and gun players will also be able to wipe several unsuspecting enemies if they are able to flank them during the chaos.

It is unclear how long Warzone Rumble will be available, but players still have two other limited time modes on the way.

The Realism mode features the same rules as the Realism playlist in multiplayer. Players will have a limited hud and deal increased headshot damage. Gunfights in this gamemode will be a lot more intense as it is a lot easier to be sent to The Gulag.

Players can still enter and use vehicles while they have the suit equipped and will not take any fall damage. They will also have a unique ground pound ability that deals damage to any players caught in the blast.

Warzone Rumble adds a hectic, shorter game mode for players who want the Warzone experience without having to worry about being sent to The Gulag.