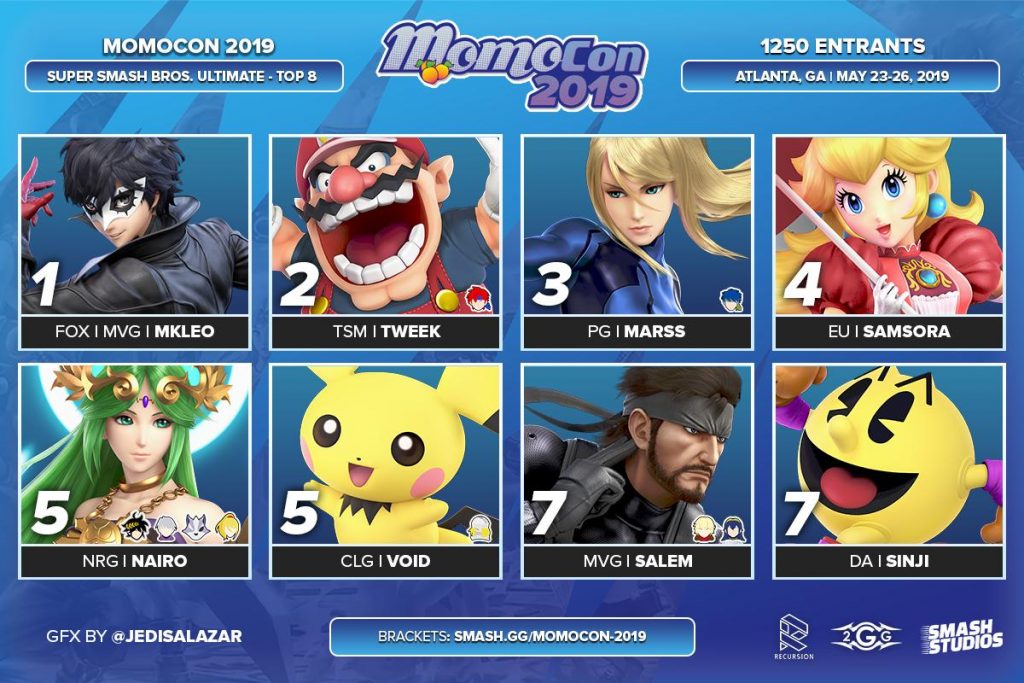 MKLeo proved just how good Joker can be by dominating at Momocon.

Though the convention featured plenty of spectacular cosplay, anime and manga, the main event of Momocon 2019 was undoubtedly the competitive Smash. The biggest names of both Smash Ultimate and Melee scene converged on Atlanta, Georgia to battle for superiority.

Leonardo “MKLeo” Lopez Perez ended his small slump with a victory in the Ultimate singles tournament at Momocon. MKLeo, who finished seventh or lower in three of his prior four tournaments, absolutely dominated with Joker.

Joker has been viewed as an upper tier character since his release in April. However, MKLeo might have unlocked the characters true potential, as the Mexican competitor went a perfect 11-0 overall with a 28-4 map record.

MKLeo’s ultimate challenge came in the Grand Finals when he took on Tweek. Tweek opened the set by choosing Roy, which was a pretty easy win for MKLeo. But once Tweek changed over to Wario, the Grand Finals turned into a chess match. Both MKLeo and Tweek were playing an interesting game of time management and select aggression, as both looked to play around Joker and Arsene. MKLeo ultimately edged out a fantastic 3-1 set over Tweek to win.

If Juan “Hungrybox” Debiedma enters a Melee event, it seems like you can write his name in sharpie before the bracket even begins. Momocon was no different. Hungrybox went a perfect 7-0, dropping just one match across the entire tournament.

At this point, there is not much else that can be said about Hungrybox’s absolute domination of the Melee scene. The Jigglypuff master has won nine of the last 11 Melee tournaments he has entered – and finished second in another.

What might be more interesting than another victory for Hungrybox, he actually competed in the Ultimate tournament at Momocon as well. The American finished a mediocre 97th in the tournament going just 4-2. Hungrybox did tweet after his loss that it is unlikely that he enters another Ultimate singles tournament until the summer season is over.

Feel bad for everyone in the Melee community.