Mixwell Coming Down from Cloud9 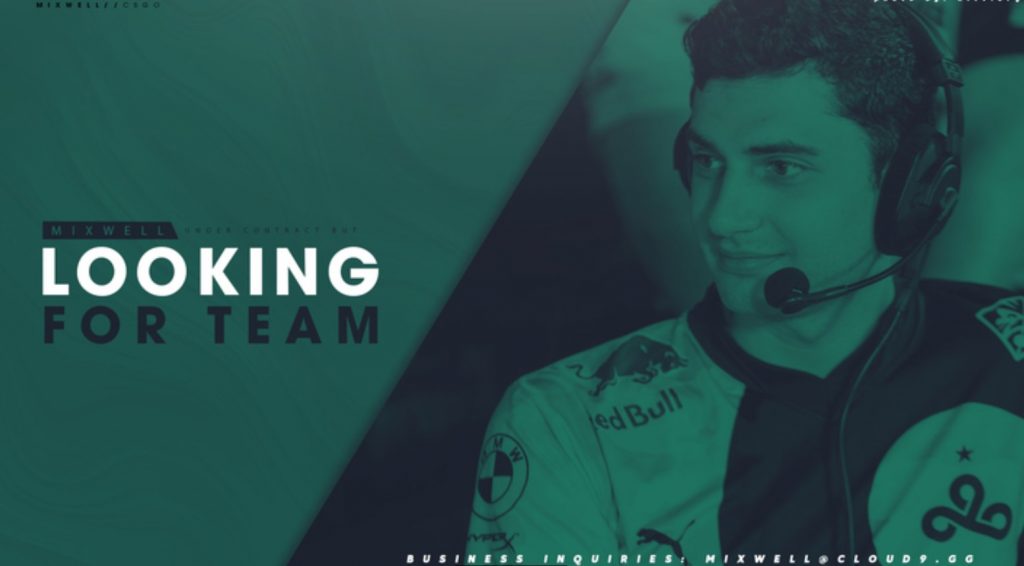 Spanish AWPer Oscar “mixwell” Cañellas has been given the green light by Cloud9 to explore other options as he parts ways with the active roster, according to a Tweet by the player.

I will no longer represent @Cloud9 in the starting five. They allowed me to seek other options, I am looking to redirect my career and be able to enjoy playing CS again as soon as possible.

Mixwell was one of five to join Cloud9 in early-July in a new roster being built around Damian “daps” Steele and coach James “JamezIRL” Macaulay. Previous synergies and successes between the group at Ghost Gaming and Torqued had offered more hope than Cloud9 was able to provide in a long time. Truth be told, the team undeniably struggled in the last six months, failing to qualify for the StarLadder Berlin Major and ECS Season 8 Finals among other poor results.

The future of both Mixwell and the organization was put in question when the majority core of Cloud9 was signed to Gen.G in early-December. While the possibility of building around Mixwell existed, the organization’s permission allowing him to explore other options almost certainly confirms a full roster acquisition.

With the Spaniard’s departure, the Cloud9 roster will dwindle to just JamezIRL and Yassine “Subroza” Taoufik.