Mikyx on G2: I Have Learned A Lot More Than Past Teams 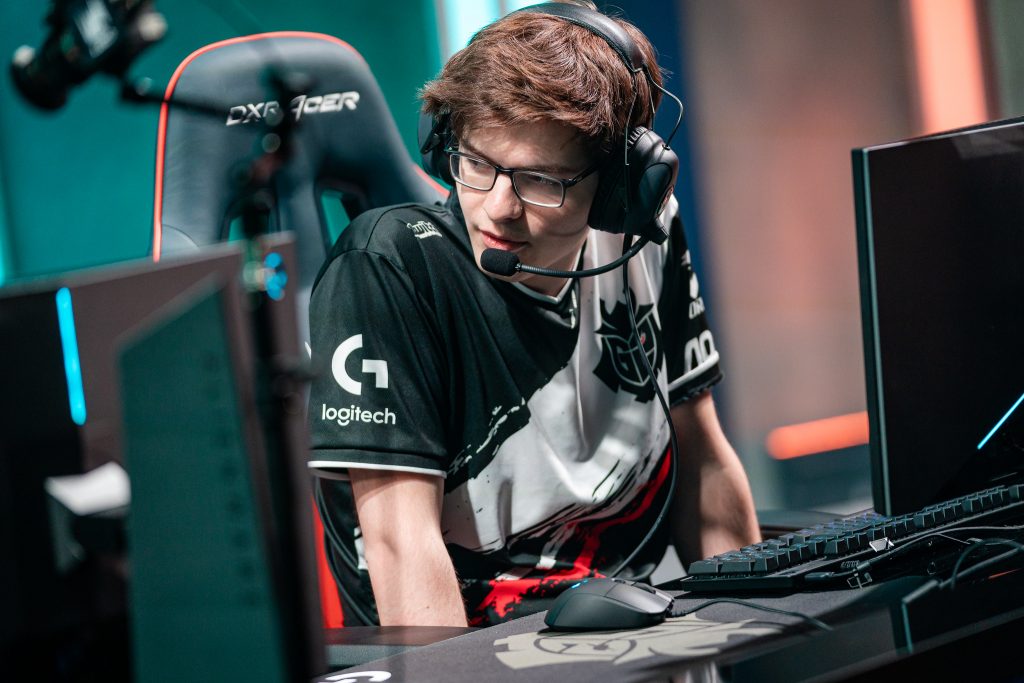 "I think with G2 I have learned a lot more than the past teams I have played on. " (Photo courtesy of Riot Games)

Since Mihael ‘Mikyx’ Mehle joined G2 Esports at the start of the season, the team has won the Spring Split, the Mid-Season Invitational and even helped EU lift the trophy at Rift Rivals. With a strong start to the Summer Split, losing only one game to Fnatic, the EU champions are looking to make this year, their year.

We sat down with 20-year-old support player to talk future champion picks, looking towards the summer playoffs and his bond with fellow G2 teammates.

Well done on your win against Misfits Gaming, another dominant performance. You decided to draft Yuumi for this game, what are your thoughts on the champion and how did it fit into your team’s comp.

The champion as a whole is kinda boring to play, and also to play against. I didn’t really want to first pick it, but it’s kinda strong so we had to first pick it really. It’s kinda like Sona/Taric, I guess, it’s so strong that you just have to pick it. This game it looked pretty good as we weren’t really pushing [on] bot, they really tried but they failed two times. We played really well and did not overextend much. Overall the champion is maybe a bit too OP and I think maybe they should nerf it a little bit, and then it will be fine as it won’t be first picked every game.

In true G2 style, you drafted the ultimate flex comp where four out of five champions could be played in multiple positions. Was today’s picks something you practice in scrims?

We do tend to flex a lot in scrims. The champions we actually played today we didn’t practice much, we just kinda thought they would be good this game. It kinda turned out to be pretty good. Caps in the mid lane got a solo kill, and then Misfits tried to go for a swap. Although as we learned in our game against Fnatic, swaps don’t always work out well when done with top and mid. Caps kinda redeemed himself in this game, he played against another (now ex) Fnatic top laner and this time he won the lane.

Riot Games has slowly been developing support champions which have unique skills that can be seen as ADC dependent. For example, Rakan being empowered when paired with Xayah, and now Yuumi with her attach ability. As a support main, what do you think about these kinds of champions?

I really like Rakan, he is really interactive meaning you can do more stuff on him. With Yuumi you really do rely on your ADC, so in that way, they are kinda different. Although they do both have a mechanic where you have to jump on your ADC or teammate, which is fine for supports mostly. But I would say Yuumi’s kit is much more annoying to deal with than Rakan.

We are now on week 4 of the Summer Split and eyes are slowly turning to playoffs, Summer Finals, and even the World Championship. Is there anything specific you guys are doing to prepare?

We are preparing a lot of stuff for playoffs including some specific picks and strategies. Right now we are just trying to secure as many wins as possible so we can secure a spot in the playoffs. We are in a pretty going position, similar to last spilt.

Did you have a chance to watch any games from Rift Rivals 2019 LCK-LPL-LMS-VCS? Were there any particular players or picks you noted from the games?

I watched a little bit. I managed to watch maybe one or two games. However, I did watch LCK today and they (Gen.G’s support Kim “Life” Jeong-min) played Volibear support, so that was really hype! Perhaps I will pick Volibear myself? In Teamfight Tactics, I am actually a Volibear main. I have been playing brawlers. I currently just pick four brawlers, then I buff the Volibear and he one shots everyone. It’s pretty fun to play. Maybe I can just become a Volibear main in both games?

You have played with a number of different teams including Splyce and Misfits Gaming. What is it about playing with G2 that is different?

I think with G2 I have learned a lot more than the past teams I have played on. Everyone on the team clicked from day one and after just one month of being together, it felt like we had known each other for our whole lives. It was a strange coincidence that we all got on really well. That’s probably the biggest difference. Also, everyone is the best in their roles and it is so insane. It definitely makes it more fun to play.