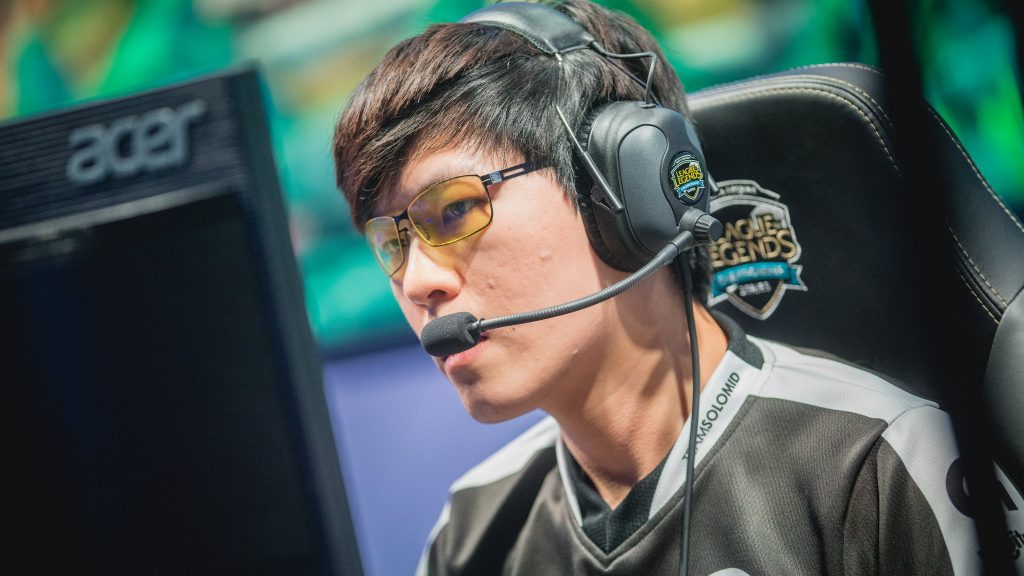 Former rookie of the split Mike “MikeYeung” Yeung has had a turbulent LCS career. Image via Riot Games.

Former rookie of the split Mike “MikeYeung” Yeung is set to return to the League of Legends Championship Series stage after Team Liquid traded their academy jungler to Echo Fox.

MikeYeung’s arrival means that Echo Fox’s current jungler Lee “Rush” Yoon-jae no longer has a role at the esports club. He announced his free agency via Twitter.

The former Team Liquid Academy jungler has had a rough time in the North American system in recent times. After exploding onto the scene with Phoenix1 and being named rookie of the split, MikeYeung joined Team SoloMid ahead of LCS 2018 Spring.

His time on TSM was less than perfect. After being punted from the Spring postseason by Clutch Gaming in a 3-1 upset, MikeYeung was relegated to TSM’s academy team in favor of career journeyman Jonathan “Grig” Armao. MikeYeung left for Team Liquid soon after.

For a player who was billed as one of the next up and coming stars of the LCS, his fall back into the development league was a disappointing one for North America. Now, MikeYeung has a second chance with ninth-placed Echo Fox, who have won just two of their nine matches.

“Really excited to be playing back in LCS with Echo Fox, gonna show NA watsup (sic) with my high tempo jungling that we need to beat Europe like in 2017 Rift Rivals,” MikeYeung tweeted after the trade announcement.

MikeYeung’s first game back on the Championship Series stage is set to be against tenth-placed FlyQuest, in the opening fixture of Week 5. Echo Fox also face sixth-placed Golden Guardians on Sunday afternoon.