Midseason Pickups That Are Shaping the Overwatch League 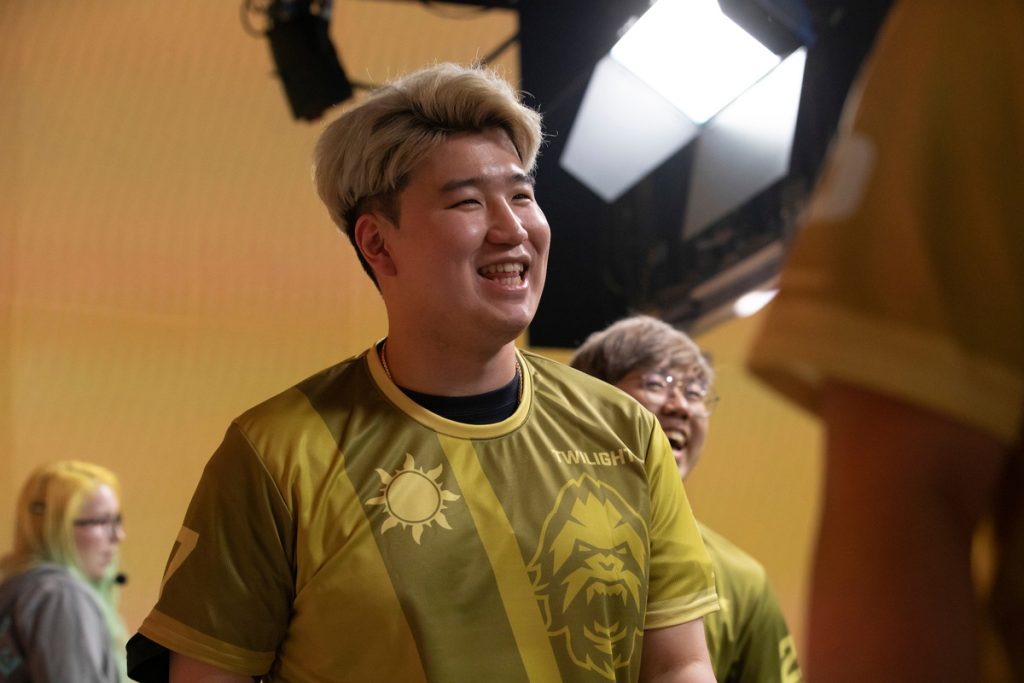 Twilight is among the players making a difference after changing teams midseason. (Photo Courtesy Robert Paul for Blizzard Entertainment)

Changing trajectory midflight is no easy thing. In physics, Newton’s First Law of Motion states that objects in motion tend to stay in motion and objects at rest won’t move until acted upon by an outside force. In order for change to occur, there has to be an instigating action.

The same can be said for an Overwatch team or really, any competitive endeavor. A team that starts a season well can build momentum to carry them through the rigors of a long year. One that sputters out of the gate can stall in midair with no way to get back up to speed.

That’s what makes midseason roster changes so powerful. They can be a jolt of life when a team starts to stagnate or struggles to push into the next tier of competition. Think about Chan-hyung “Fissure” Baek in 2018, joining the Gladiators and transforming that team into a contender by the end of the season. Even as the global pandemic puts limits on travel and team finances, 2020 has managed to be incredibly busy as teams look for the player that can alter the course of a season.

Sparking A Return to Form

Last season, the Hangzhou Spark were a pleasant surprise. They flew under the radar for much of the season, but their quiet consistency was good enough for a fourth-place finish when the dust settled. Their offseason was relatively quiet, sending implicit signals that they thought they could build on that success in 2020.

To this point, that hasn’t really been the case. Where the Spark stood pat, other teams were making upgrades or improving internally. They haven’t necessarily been bad so far, but everyone else has leveled up to the point that Hangzhou look like just another middle of the pack team. 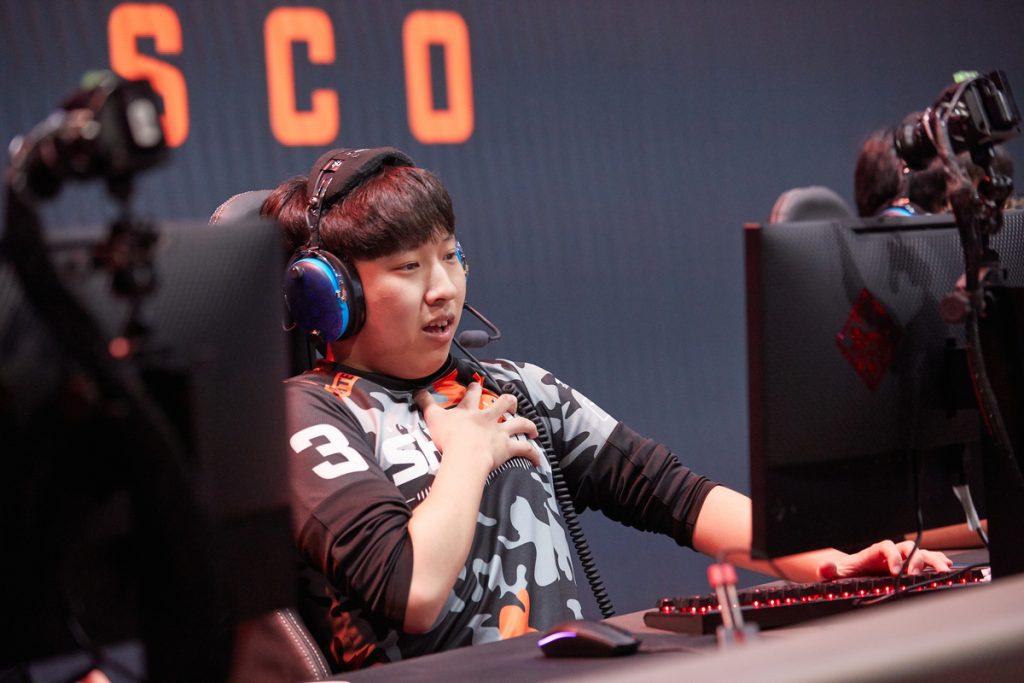 That’s why their trade for Minho “Architect” Park was so crucial. On their previous trajectory, the Spark were destined to hover around 0.500, picking up wins here and there but never threatening the elite teams in Asia. They needed something to kickstart a turnaround.

Early returns suggest that Architect can be that kind of player. Though he was overshadowed at times on the Shock, Architect is a true carry DPS, a superpowered Swiss Army Knife who can seemingly pick up any hero and perform on a whim. Given time, he’s also shown the ability to grind important picks to the point that he can compete with anyone in the league.

A lot of teams might leave it at that. A player of Architect’s caliber can be enough to jumpstart a season, but the Spark had one big hole to fill. With Sungwook “Ria” Park taking time off to deal with a wrist injury, Hangzhou were left with only SangHyun “SASIN” Song to play flex tank. After transitioning to the position from DPS, SASIN has been inconsistent and never approached the highs that Ria hit in 2019.

The answer was Seongjun “QoQ” Yoo, a young player who made his name in Contenders playing for Runaway. He debuted for the Spark alongside Architect last week and they immediately seemed like a new team. Given some time to mesh, Hangzhou have a chance to recapture and possibly even surpass the standard they set last year.

The collapse of the Vancouver Titans was an unprecedented event in the Overwatch scene. Beyond simply losing a championship contender and the implications it had for OWL ownership writ large, it resulted in the dispersal of an immense amount of talent throughout the league.

So far, five former Titans have been picked up by new teams with mixed results to this point. Chunghee “Stitch” Lee and HyunWoo “JJANU” Choi found their way to a Justice squad reeling from the retirements of both Corey “Corey” Nigra and Ethan “Stratus” Yankel in short succession. Success has so far eluded the Justice, but that can be chalked up more to internal turmoil than any reflection on the new additions. 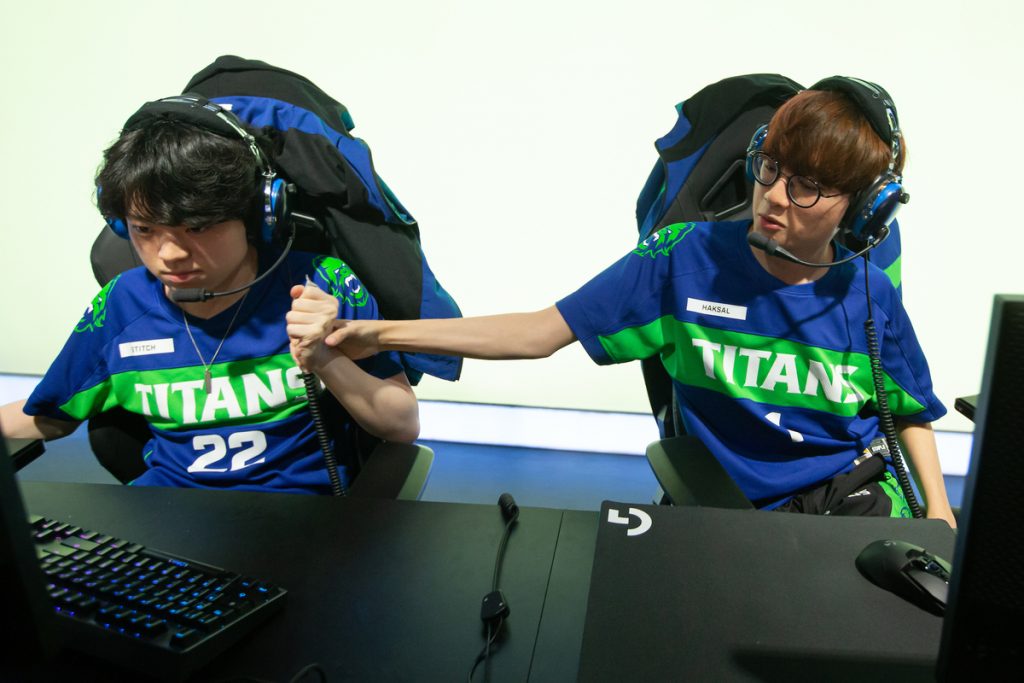 Seong jun “SLIME” Kim made his way to Seoul, but his playtime has been scarce and the Dynasty continue to be an enigma on all fronts. He certainly has the potential to be a difference-maker, but it’s too early to say.

The last two Titans to get picked up are the ones who could truly change the entire season. The 2019 Rookie of the Year Hyojong “Haksal” Kim brings a new edge to New York. Juseok “Twilight” Lee, the Titans’ top MVP candidate last year, joins the San Francisco Shock and makes the Overwatch League’s scariest team that much more terrifying.

Twilight made his Shock debut last weekend, mostly playing Baptiste in double flex support compositions alongside Minki “Viol2t” Park. Even if his role is limited to that specific scenario, Twilight is a big add for San Francisco. The meta has been drifting toward the Baptiste-Zenyatta duo, and he gives them the option to run two mechanical beasts at the support position. 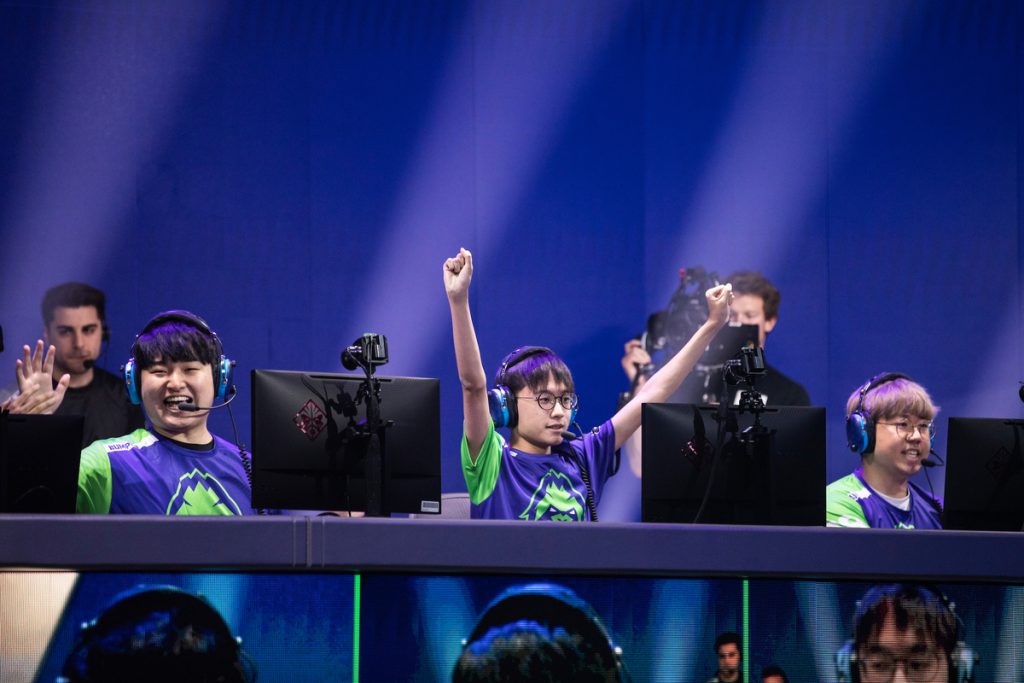 Still, Twilight is joining the Overwatch League’s top dog, the defending champs, so his presence can only mean so much. Haksal, on the other hand, could change the very identity of the NYXL.

For most of their history, they’ve been a remarkably reactive team. It’s a style that fits them, especially in past seasons with the tank duo of Dong-Gyu “Mano” Kim and Tae-Hong “MekO” Kim. At the same time, it has limited them in some ways. They rely and capitalize on mistakes from opponents, but against the best teams, those are few and far between.

Haksal could unlock a new direction for New York, one where they force mistakes through their own aggression. He is a carry threat unlike any they’ve ever had, a proactive playmaker who will create opportunities through relentless pressure. If they can learn to play around him, they might find themselves returning to contention after a shaky (by NYXL standards) 2020 so far.

So what do all of these moves mean for the rest of the season? For starters, they point towards a more competitive race in the Asian region. So far, Shanghai have gone largely unchallenged, but a reinvigorated Spark or new-look New York could reach that level.

Even if they can’t match the Dragons, the hunt to be the next best team is looking incredibly juicy. If SLIME and the Dynasty can find some consistency, they clearly have the talent to be in contention. Guangzhou is already right there fighting with New York. If Hangzhou can get back to their level from last year, that makes for an all-out brawl at the top of the region.

Over in North America, the Shock are building the Overwatch League’s first dynasty. After an unimpeachable 2019, they’ve added one of their chief rivals in Twilight and seem nearly untouchable. Their embarrassment of riches never stops, but making moves like that is why San Francisco is the gold standard for building an Overwatch team.

The Overwatch League’s free agent and trade deadline has been pushed back to July 31 in response to the pandemic, so there’s still plenty of time for teams to find their transformative midseason pickup. Maybe it’s someone like QoQ’s former Runaway teammate Tae-sung “Mag” Kim who elevates a team from the main tank position. Maybe it’s a trade that catches everyone off guard. Maybe it’s someone you haven’t even heard of yet. That’s what makes it all so exciting.