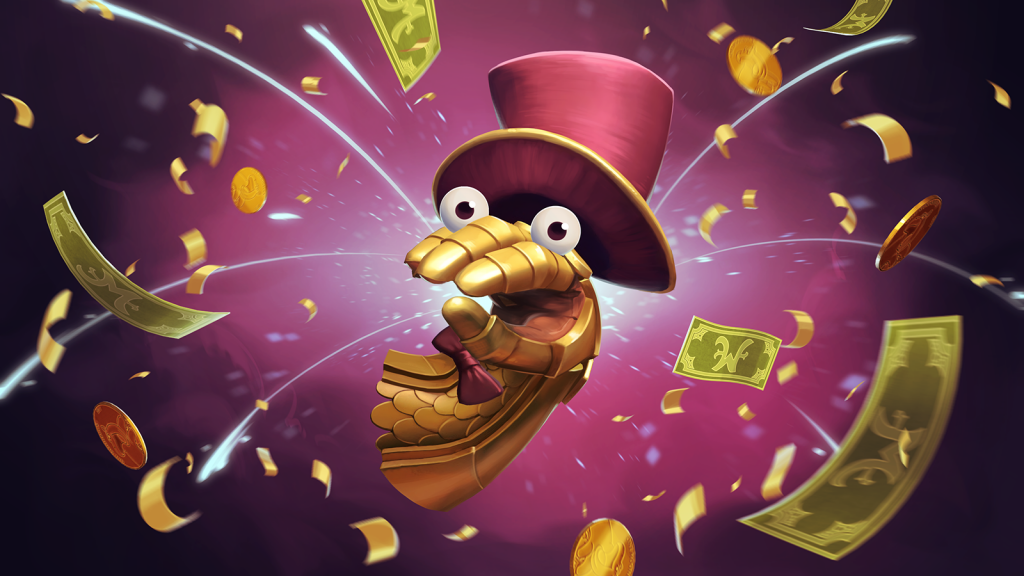 One of the best parts of the actual game mode for BETWAY Midas Mode 2.0 is the bounty system. It’s a unique way to have fans around the world to contribute ideas for the event. We will keep a running list of Midas Mode bounties and who has claimed them in this space, so return each day to find out what antics your favorite teams are up to.

All the bounties, by day:

Note that as of Day Two, only six bounties will be provided instead of ten.

MISCLICK:
A player must use an ultimate with more than 60 seconds cooldown on an enemy creep without hitting enemy heroes then all chat “misclick”. The reward is Moonbucks equal to 2x the CD of the spell. The example listed is for level one Black Hole.  (400 Moonbucks)

THE GREAT MIGRATION:
Teams must start at either end of the river as 5, and travel all the way to the opposite end without losing a hero. All chat quack, quack, quack to start. All enemy heroes must be alive at challenge start. You are a migrating flock of beautiful creatures, so remember to stay together as close as possible. If a fight occurs feel free to spread out for the engagement but you must return as 5 to where the fight began and then finish your journey to collect your reward. (250 Moonbucks)

*This was completed in the first game of the second series of the day. OG versus TI1-Natus Vincere. OG completed it right at the beginning of the game, with some resounding All Chat “quack quack quack” messages.

FOR THE FANS!:
A player must all chat “VIP Experience” before his team attempts Roshan. If one hero dies in the attempt to Roshan or they successfully defeat Roshan, the team receives the reward. Should the hero be killed by the enemy the reward will not be assessed. Must be completed before 20 minutes. (200 Moonbucks)

NOT MY FAULT:
The player who dies first on their team must explain how it was their team’s fault they died. They must remain in the fountain for an additional 30 seconds after respawning to receive the bounty. (175 Moonbucks)

*This was completed in the second game of the first series of the day. OG versus TI3-Alliance. OG completed it. Sébastien “Ceb” Debs took the opportunity to (humorously) tell us how he feels about Techies players and also teammate Anathan “ana” Pham playing on ping.

WHEN WILL I EVER USE THIS IN REAL LIFE?:
A maths problem will be written in all chat between 5 and 10 minutes into each game. The first team that answers correctly will receive a reward. (125 Moonbucks)

*This was completed in the second game of the first series of the day. OG versus TI3-Alliance. TI3-Alliance completed it. Stand-in Rasmus “Chessie” Blomdin came through with the correct answer.

THE BABE RUTH:
Call out a player on the enemy team as being the next player in the match to die. There must be at least 20 seconds between the call and their death. If any other enemy is killed before the “marked for death” hero by your team (denies or suicides from enemies don’t count) the bounty is failed. (125 Moonbucks)

Return each day for all the new bounties and updates as teams complete them through the tournament!