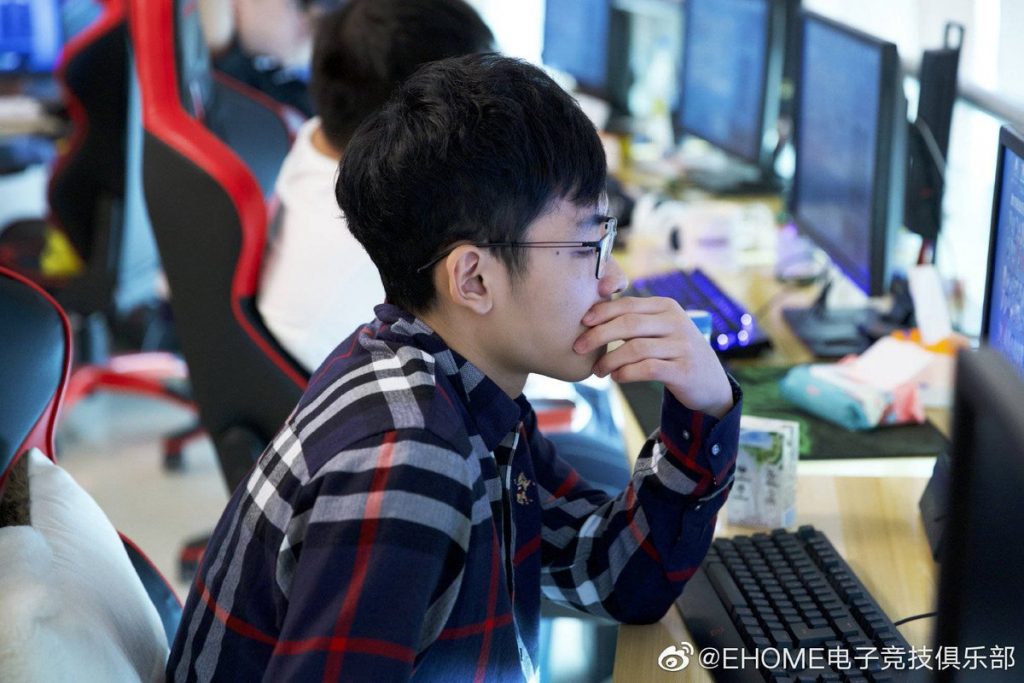 EHOME and Vici Gaming met in the Asia semifinals of Midas Mode 2. EHOME was sent home, losing 0-2, sending Vici on to meet Fnatic in the finals. (Photo via EHOME)

Sadly, our final day of BETWAY Midas Mode 2.0 has arrived. But all is not lost. A series of highly anticipated games awaited us, as Chinese rivals EHOME and Vici Gaming battled it out for a chance to meet Southeast Asian powerhouses Fnatic in the finals. Both teams had a tumultuous trip through group stages, with Vici winning their final match via forfeit, and EHOME conceding in their last game against Fnatic. With a limited pool of bounties for the day, both teams would be pushed into parting with those hard-earn Moonbucks to reach the finals.

Who will be the champion of Betway Midas Mode 2.0 Asia? 🏆

Tune in now to find out!

With vast quantities of Moonbucks from their earlier victories, both teams were able to spend highly on the drafts, dropping upwards of 1500 on a single game. But one hero that wasn’t going to see any play was Tiny, whose price of 5992 Moonbucks was more than both teams’ net worth combined. And with audience bans throughout the event, this amount would continue to rise even further. With the high-quality champions too expensive, corners were cut in both team’s drafts, with VG opting for a Terrorblade, one of the cheapest carries in the tournament, and EHOME picking up the bargain Viper.

After a brief delay due to connection issues, the game started in earnest, with Vici Gaming attempting the “A Game of Chicken,” trying to send their courier into the Roshan Pit. Unfortunately, this attempt was foiled, although VG did get first blood. With this momentum, Weaver snuck into the Radiant jungle and got an easy kill on EHOME’s Viper, who just wasn’t having a good time in the mid lane.

It should be noted, that when these two teams met in the opening game of the Asia bracket, Vici had scored a 2-0 victory. But it wasn’t without difficulty, and EHOME had also prioritized bounties for the majority of those matches, opting to play the economic long-game. But unfortunately, this frugality with Moonbucks hadn’t given them as much of an advantage as they would have liked. Against Vici’s marginally more expensive lineup, EHOME was bullied out of their lanes.

EHOME attempted to claw back the game by taking control of bounty runes and taking picks in the jungle. But as VG pushed it, it was clear their carries were already far stronger than EHOME could handle individually. The Terrorblade had already become a big problem.

With Sand King pushing the bot lane to create space, and the Storm Spirit and Terrorblade able to farm between mid and top, VG pushed in on EHOME’s high ground, only to find themselves caught off guard by a Zeus buyback, and both cores dying. From there EHOME managed to stabilize the game, evening out the gold, and pushing in on their opponents. The Dragon Knight also started to look like a big problem for VG, as he picked up his Aghanim’s Scepter. But it wasn’t enough. Even with full builds coming out for the majority of the heroes, EHOME would fall after a 45+ minute game, having made just too many mistakes while pushing.

For game two, EHOME was not prepared to see another Terrorblade, banning him out as soon as possible. But unfortunately, a strange bug which allowed Vici to pick Lion twice forced the lobby into a remake, and another delay. As the draft continued, EHOME used all of its bans on late-game carries, while picking up the China favorite Lina for a massive 830 Moonbucks as one of their own cores. By the end of picks and bans, both teams had almost spent all their money and were all in on this series.

As the game started up, Vici’s draft was quickly able to take control of the lanes, with Centaur Warrunner and Lion creating havoc for EHOME. VG’s opponents, on the other hand, were forced to rely on catches and picks in the jungle, after the laning phase got away from them. As the 20-minute mark approached, the game had slowed to a crawl, with neither team willing to give anything up, and gifting us some cautious, but well-executed team fights to watch.

However, Vici’s team comp just seemed to be the more potent combination of heroes. But as has ever been a problem in Midas Mode so far, the team was unable to push in on the high ground without an Aegis. And with Super Roshan purchased by EHOME, they could stall out the game, for almost as long as they needed. Eventually though, EHOME’s litany of mistakes became too much. Caught out one too many times, their high ground fell, and Vici were victorious, picking up the “I Am Not A Toxic Player” bounty from their opponent’s own shop as a final insult.

EHOME are eliminated, and it’s a shame to see them go. They attempted more bounties than many of the teams in the Europe and Americas series combined, and showed off some incredible Dota 2. However, now it’s time to look forward to the final game of Midas Mode 2.0, as Fnatic take on Vici Gaming to be proclaimed the Asia Midas Mode champion.