Mickie of the Dallas Fuel on LA Life and Staying Positive 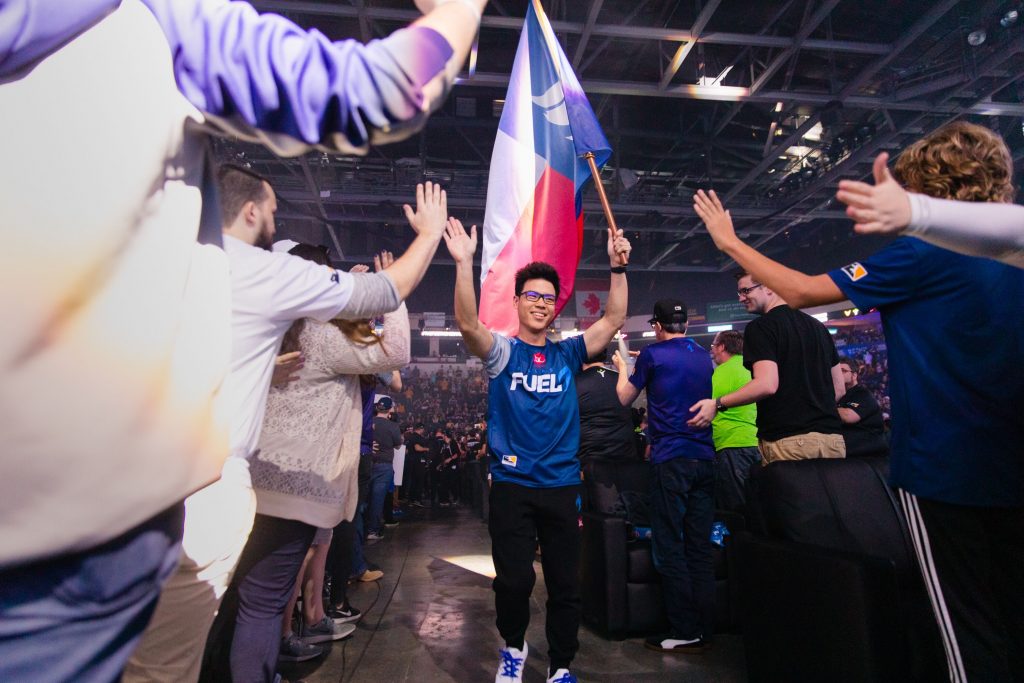 Pongphop “Mickie” Rattanasangchod of the Dallas Fuel hasn’t gotten any competitive time so far in Season Two of the Overwatch League. He still remains one of the most popular players in the League. Perhaps it’s because this Thai player keeps on smiling, despite being benched (so far!) this season.

Hotspawn’s Gillian Linscott had the pleasure of chatting with Mickie about living in Los Angeles, playing for Thailand in the Overwatch World Cup and about how he stays positive.

Gillian: Thanks for sitting down with me to talk. Let’s talk about your experience thus far in LA. How have you adjusted to living in the earthquake city?

Mickie: I would say it’s very different from Thailand since we are, Asian people, compared to Western people, everything is very different. When I first got here, I was really excited because of the new stuff, new culture. But it’s been almost two years already and I feel like this is not my home. What we do in Asia versus what they do here is different. It’s not bad, it’s just different.

Have you ventured out into the city and explored? Maybe gone to eat at new restaurants?

So besides Jack in the Box, I really like to go to KBBQ here in Ktown. Sometimes we go for Thai food. And A LOT of Boba. I really like Boba – milk tea or thai tea is good.

You said that you missed home. Does the Thai food in KTown remind you of home?

Yes, if you went to Ktown some places have like, I wouldn’t say it’s our Thai, but it’s all the same Thai ingredients but it’s just not from Thailand – so it cannot be exactly authentic Thai food. I do feel like home there when I’m going their [Thai] food but when I see the bill, ugh. I don’t know if you have heard how cheap food is in Thailand but we usually eat for maybe a dollar or two per meal – here it’s $14. When I see it I say, “Oh my god – I ate the same thing I ate in Thailand for $2 I have to pay $15 here.”

That’s an insane difference. With the Stage Four starting in a couple of days, what’s your schedule for practicing been like?

With all the practice Dallas is doing, is there anything in particular that the Fuel is preparing for in Stage Four?

Just one thing – make the Stage Playoffs and the season playoffs.

That’s an achievable goal and an ambitious one – especially considering it will be the last Stage Playoffs in the OWL. Speaking of the OWL, the League officially announced the 2020 season including how teams will be traveling around. What are you most excited for?

Since I became a gamer, the first time I was in a career and we traveled a lot to compete in tournaments, I found I actually really liked that feeling. As we became a pro gamer, we just want to travel, enjoy the tournament, and travel around the world. But since the first season of the Overwatch League started, we’ve played in LA most of the time. Other players agree, they would prefer to travel around as well. So for me personally, I really love that in 2020 we are going to be traveling a lot.

Image via Mickie, Photography by @askjayne

Speaking of traveling, I noticed that your Liquipedia page has you down for playing for Thailand for the 2019 World Cup. Have you signed to the team?

Yes! I really like playing with them and I’m really excited! When I play Overwatch in the US, I scrim in English but when I got back and scrim with my Thailand team, it’s actually weird for me. I can’t even think about the words to speak in-game. It’s really funny – I just don’t know how to scrim in Thai.

That’s too funny! Do you think this is Thailand’s year to win?

If I’m being honest, I would say it’s still pretty hard – even harder than last year. Last year we didn’t do well but this year is going to be harder than last since the rules say you have to be 18+ to join the tournament and our best DPS is 15. It’ll be hard to find a good DPS that’s older than 18 so it’ll definitely be hard for us this year.

When you talk about Thailand potentially not doing well this year, you still sound positive. What kind of tips or tricks do you have for fans about staying positive in both in and out of game?

And what about outside the game or when you aren’t playing the game. How do you stay positive?

Outside of the game, happiness and sadness starts in the brain. It starts with your thoughts. A lot of people aren’t satisfied with anything, like, let’s compare it to money. People would say if I get this much money, they would be happy – any amount, it doesn’t matter. So really, it doesn’t matter how much you have or even if you’re a millionaire, you’re not going to be happy.

Have you ever been in a situation where your positive outlook has been tested? Or that you’ve found yourself struggling to maintain your composure?

I have been doing it for a long time, so it’s not very hard for me unless it’s a really big problem. But it’s pretty hard for something like that to happen to me. Like, even if we’re losing a game I think about how it’s not as bad as say losing my job. Like it’s not that pressure.

So basically being on stage isn’t as bad as losing your job or something bigger. Have you always been so calm?

I would say yes, yeah.

Have you have any inspirational role models or individuals that you’ve looked up to emulate that positivity?

Yes, so I’m a Christian and I believe in God and if there was anything that’s happened to me, it was planned. That’s how I keep my positivity. Even when you face something bad or you have to go through a storm, there’s going to be light after you pass through it.

Thanks for sharing the inspiration behind your positivity – you put it very eloquently. Is there anything that you’d like to say to your fans?