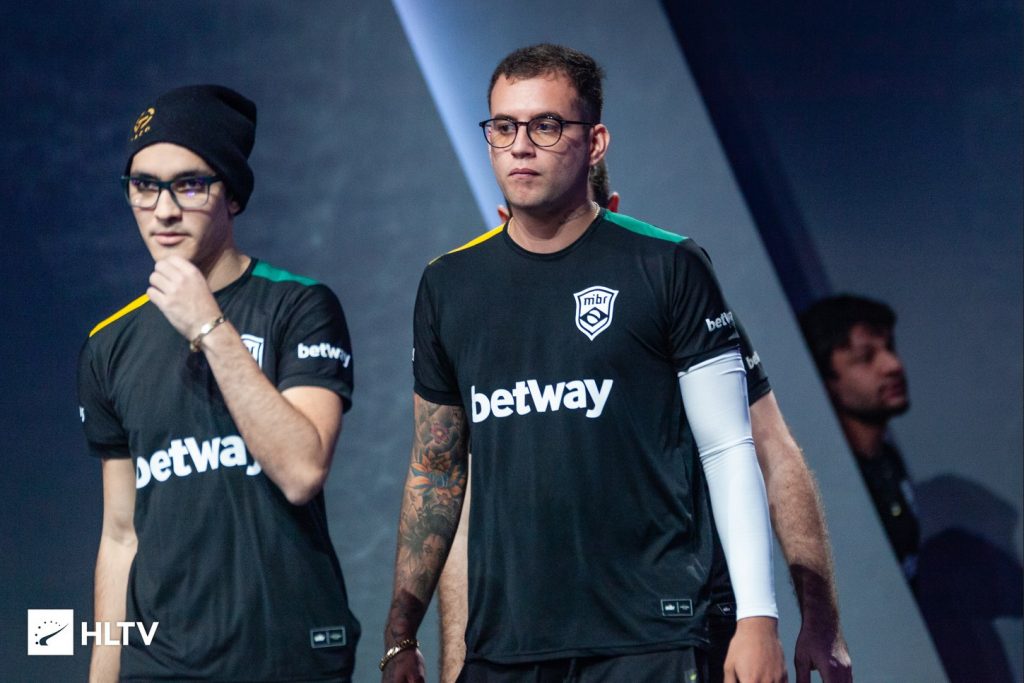 Fer, TACO, and dead will no longer be a part of MiBR following an organizational decision. (Photo courtesy HLTV)

MiBR have announced that they will be parting ways with Fernando “fer” Alvarenga, Epitácio “TACO” de Melo, and Coach Ricardo “dead’ Sinigaglia.

All three have released statements on their personal social media announcing they are out of the team and cannot say much until internal issues are resolved. However, one thing has been made clear by TACO and Vito “kNgV-“ Giuseppe, the changes were all decided by the organization.

This core iteration of the MiBR roster has been plagued by inconsistency for a while now. Throughout the online era, MiBR has been fighting to stay relevant in the North American scene. Initially, they placed very well at Flashpoint Season 1 and BLAST Premier Spring Finals, earning second at both.

Despite these finishes, MiBR has also been through the wringer at events like Road to Rio, DreamHack Masters Spring, and cs_summit 6. They have also been definitely overtaken by FURIA as the best Brazilian squad in CS:GO, a title that has long since been theirs.

MiBR recently went over to Europe to bootcamp and compete in tournaments there. Their debut at ESL One Cologne netted them a last place finish. Since then, they’ve been playing in a few different weekly tournaments and have placed incredibly badly for the level of competition.

Then, the coaching bug repercussions hit. Dead was among the first of the coaches to be outed for abusing the bug in official matches, resulting in lost prize money and circuit points for the organization. Later, Valve decided to completely void all of MiBR’s RMR points as well. They must now start from the bottom of the mountain if they wish to qualify for the Rio Major in their home country next year.

With zero points under their belt, the usual penalties for switching out players don’t matter to the team. As such, MiBR has decided that this is the time for total reform. With two player slots and a head coach position open, the organization has a lot of work to do in the coming weeks. MiBR are scheduled to play in IEM New York Online NA at the start of October. This tournament is an RMR event, meaning MiBR have a chance to rebound quickly and start their road to the Major.

In the wake of the cuts made by MiBR, FalleN has announced that he will be stepping down from the team. In a TwitLonger, he states that he is not satisfied with the recent decision and that “We enter[ed] as a team and as a team we will leave”. The core will likely stay together and look to keep playing under a new organization.