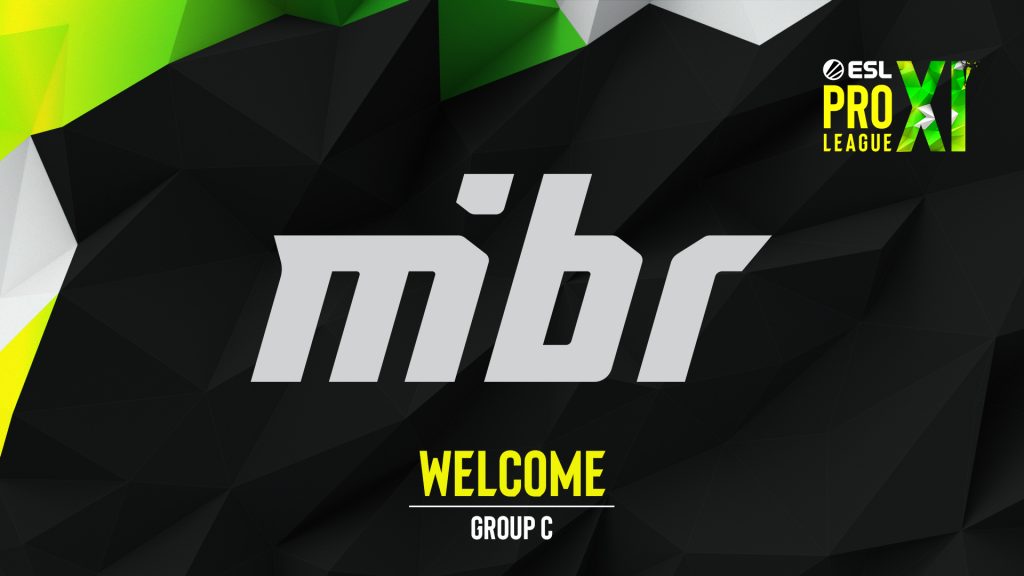 MiBR has announced they will join in on the ESL Pro League Season 11 in CS:GO. They will enter the Americas Group in Group C after the group was left with an open spot.

MiBR re-joins the ESL Pro League due to the available slot in the EPL. The global impact of COVID-19 made the ESL Pro League difficult to attend. Unfortunately, this meant that Renegades and Shark did not want to attend the event. However, ESL had not been able to replace the vacant America slot after Shark Esports left home for Brazil.

MiBR was previously a member of the ESL Pro League, however, they lost their spot because of the agreement made in the Louvre Agreement. It was speculated that MiBR and Cloud 9 lost their spots because they became franchise members of the new B-site League. However, Gabriel “FalleN” Toledo mentioned in his Twitlonger that they chose to leave the league because of commitment scheduling with Flashpoint 1, alongside other points.

MiBR’s decision to join the league comes on the basis their Flashpoint 1 schedule is flexible. Flashpoint 1 recently changed their league to be online only, due to the COVID-19 pressures. This change allowed for a more flexible schedule, with teams playing when it was most appropriate for them. This means that MiBR can fit in their ESL Pro League and Flashpoint 1 matches.

But their decision to re-join comes lightly. MiBR is still heavily critical of the ESL Pro Tour. MiBR’s official twitter account also commented that they are joining it because the ESL Pro Tour Rankings heavily favor their events. Because of this, it serves MiBR’s best interest to take the opportunity to gain an advantage with qualifying for premier ESL events.

We believe the EPT ranking is harmful to fans, the community & ecosystem at large, and should be revised so teams in all leagues have an equal chance of qualifying for the circuit events.

This is certainly an interesting situation. MiBR’s comment highlights the changing landscape of CS:GO in 2020.