Methodz: “My Team Has Done Pretty Well When it Comes to Meta Changes” 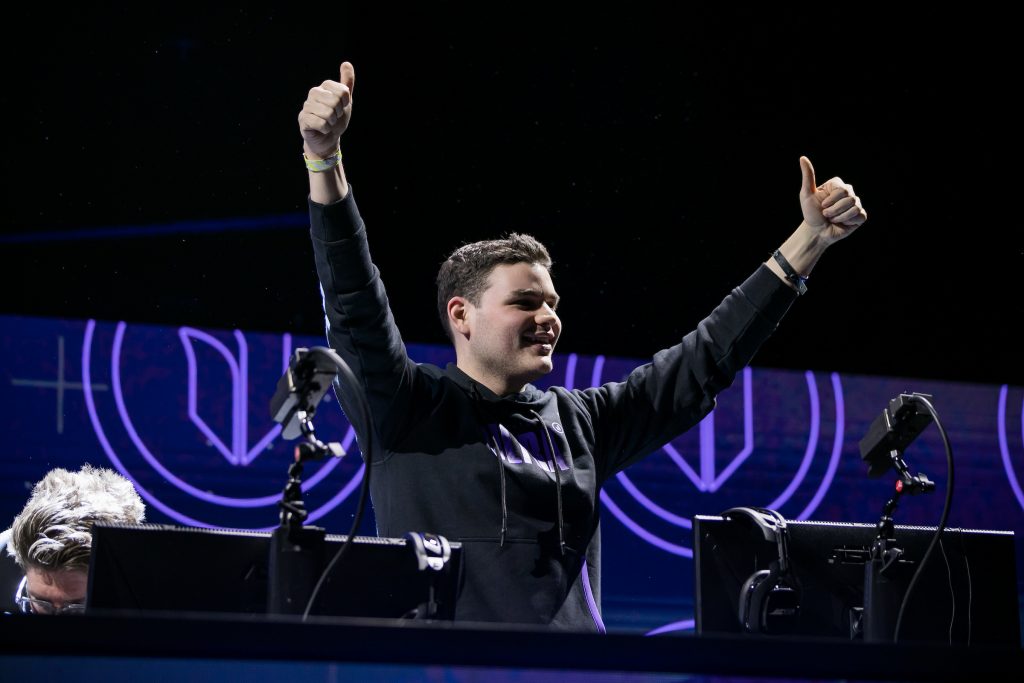 Methodz explained how his team's early performance allowed them to improve and learn from their mistakes.(Photo courtesy Joe Brady - Blizzard)

It was an exciting weekend for the Toronto Ultra. The team achieved their first Home Series victory in the regular Call of Duty League season and secured the seventh seed in the first round of the CDL playoffs.

Toronto defeated the Atlanta FaZe in the Grand Finals in an intense five-game series that ended in a fierce 11th round of Search and Destroy. Toronto also beat the Dallas Empire and Chicago Huntsmen during their Home Series weekend, who many consider two of the best teams in the league.

We spoke with Anthony “Methodz” Zinni about his team’s performance early in the weekend and his thoughts on the connection issues that Chicago experienced during their match. He also shed some light on how he prepares himself on game days with healthy meals and a consistent diet.

Hotspawn: What were your thoughts on OpTic Gaming Los Angeles almost securing a reverse sweep on Friday?

Methodz: Obviously we don’t want to be playing a final map, but that’s definitely not something you think of in the moment. It’s vital in those moments to keep your head on straight and focus on the task at hand. I will say after the map is over is sort of when we talk about, you know, how it shouldn’t have gone that far. That being said, I’m sort of grateful it did. We learned some key things on that Domination and Hardpoint, and I think losing that Domination versus OpTic actually helped us beat Chicago. Losing is learning, it was an intense series like I said, we obviously like to close it out earlier on. Nonetheless, a good match for us and a good match for the fans.

Hostspawn: On Saturday during your match against the Chicago Huntsmen, Prestinni lagged out mid-match, and Chicago was forced to play a man down. What are your thoughts on this situation?

Methodz: It’s unfortunate circumstances, there is not really much else to say about it. It has happened to a couple of teams this year, and you just never want to see it happen. That being said, I think the team really clutched up in map three and five. We were at a pretty big deficit in map three and were able to come back from that. In map five we were able to close it out. Luckily they didn’t bring it to a round 11, and we closed it out a little earlier than that, a 6-4 victory just like we did against OpTic. But yea, unfortunate circumstances with us being online, but I am just grateful that we are still able to do what we’re doing. I definitely feel for the guys, but at the same time, I’m proud of my team and how we played being down 2-0 in the series.

Hotspawn: Over the past few weeks, there have been a few meta changes. How has that affected your team in competitive play?

Methodz: Meta changes always affect teams. I think the important thing is learning as quickly as possible and putting in as much time and really just outworking other teams to see what works and what doesn’t. Just putting in the time to mesh to the new roles or new guns, whatever it may be. As I said, I think it just comes down to preparation and just really being able to adapt on the fly. I think my team has done pretty well so far when it comes to meta changes. I am excited to see how the rest of the year pans out.

Hotspawn: Speaking of the rest of the year, is there anything you think your team needs to improve on before playoffs and Championship Weekend?

Methodz: I just think we need to iron out the kinks. There are a lot of close games we have that could be bigger blowouts, and there are close games that we lose because of simple mistakes. Like I said, losing is learning, and we’ve lost a good bit this year. I think we’ve done a really good job of learning and advancing our play to get rid of those mistakes as quickly as possible. That’s pretty much it, just need to constantly keep working and outwork other teams to make sure we are adapting to fit our playstyles as well as other teams playstyles.

Hotspwawn: What are your thoughts on the first regular-season of the Call of Duty League? Is there anything you would like to see changed?

Methodz: I’ve enjoyed the majority of the year. Obviously we like to be in person at tournaments, but I am just happy that we are able to keep competing online and give the fans a show. It also lets us stay busy during these unprecedented times. As far as improvements, that is something I’ll think about after the year. As of right now, I’m more focused on the team and the task at hand.

Hotspawn: It’s clear that you are a foodie and have shared your passion with fans on social media. What is your plan for breakfast tomorrow before championship Sunday?

Methodz: My breakfast every morning is the exact same. I had it this morning and I’ll have it tomorrow morning. You got two eggs, an English muffin, and some turkey bacon. Nice and healthy, really keeps you fueled for the day. I’ll be eating granola bars throughout the day to keep myself energized. I don’t really like playing on a huge full stomach, so I try to stray away from foods that will leave me lethargic or tired. I go for light meals, light snacks that will keep me energized and keep me focused.

Sunday is for italian food pic.twitter.com/GgnW3sTff6

Hotspawn: Have you had a favorite dish to whip on in the kitchen during quarantine these last few months?

Methodz: Listen, I’m a chicken parm guy. I could eat chicken parm for breakfast, lunch, and dinner seven days a week, 365 days a year if I could. Unfortunately, my body wouldn’t enjoy that. I used to be 65 pounds heavier, and my metabolism and body hated me. So, I try to keep it healthy. But when I am celebrating and having a cheat meal it has to be Italian. Rigatoni bolognese, or like I said chicken parmesan is my favorite.

Toronto will play the London Royal Ravens in the first round of the CDL Playoffs August 20th.