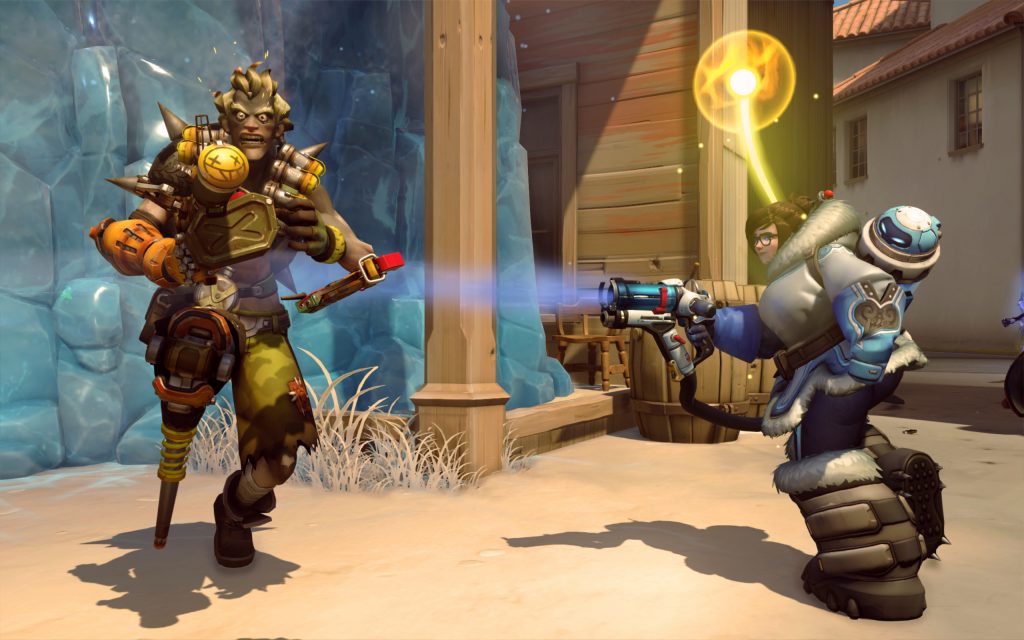 Following Sunday’s OWL action, attention turned once again to the Hero Pool draw for the following week. This time, instead of entrusting the process to the Watchpoint crew, the draw was in the hands of the algorithm, and boy did it deliver.

For the first time since Week 9, Mei has been removed from Overwatch League play. The OWL’s ubiquitous ice queen will be out of the rotation for Week 15, joined by Tracer, Orisa, and Moira. This is Moira’s third appearance in Hero Pools and the second for the other heroes.

The Mei ban, in particular, has fans rejoicing after she slipped through the cracks repeatedly. At first, when Hero Pools were based on data from Competitive Play, she wasn’t eligible due to her low pick rate on the ladder. Then last week, when OWL play became the determining factor, she simply dodged the bullet.

The algorithm didn’t hit many of the most played and most exciting heroes available. Winston and D.Va were the most played tanks but avoided the draw. Lucio and Echo highlighted the Support and DPS classes and slipped by as well. For fans, that should mean a high-octane style next week. No more bunker and, crucially, no more Mei.

Dive was a surprisingly strong option this past week, with Sombra and Tracer joining the dive tanks most of the time. That should remain viable this week, just with Echo replacing Tracer as the hyper-mobile harassment DPS. Brigitte’s return certainly complicates that equation, hampering the value of Winston in particular, but dive will definitely have its place in Week 15.

Reinhardt moving back in and replacing Orisa as the main shield tank option is probably the biggest change this week. That means a move back towards the brawl comps that have been so prevalent this season. Of course, Mei won’t be around to bolster that style, but it should still function with picks like McCree, Reaper, Torbjorn, and Doomfist in the mix, all of whom saw play last time Mei was banned.

When it comes to brawl, it will be interesting to see if teams try to run Sigma alongside Reinhardt as the second tank. The power of double shield is obvious, but D.Va has been a power pick all season. Teams like Seoul might still lean in Sigma’s direction given their issues with D.Va so far this year.

Moira’s removal definitely makes that style a little less effective, but it will operate just fine with Ana in her place. Expect Lucio to be essentially a must pick support. With Orisa out of the picture, he fits in nearly every conceivable composition, and Baptiste and Zenyatta fall off hard. Ana will compete with Brig for time alongside Lucio, but Ana is probably the more versatile option.

The big question this week is definitely dive vs brawl. The answer will be largely map and team dependent, but expect brawl to lead the way. Certain teams will lean into Sombra/Echo dive, especially in Asia, but that might just be too easy to counter. Brigitte, McCree, and Reaper can melt any dive tanks and make for a simple gameplan. In Hero Pools, that can often be the key to perfecting a strategy week to week, so teams often stick to what they know.