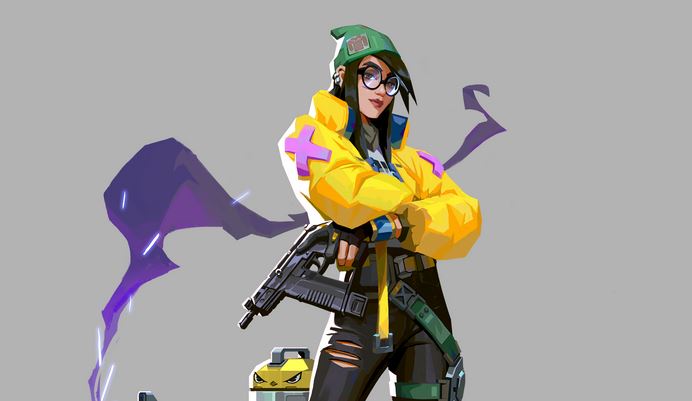 Riot Games have announced VALORANT’s 12th agent. Meet Killjoy, a German engineer who uses her arsenal of inventions to control the battle.

Killjoy sports a bright, modern look with a yellow windbreaker, round glasses, and beanie. Her inventions bring the same amount of personality. Her turret dances when placed and her other tools have colorful visuals. In the lore, Killjoy is a genius who developed much of the technology that VALORANT agents use. She was the protege of Brimstone and even designed his bracelet. 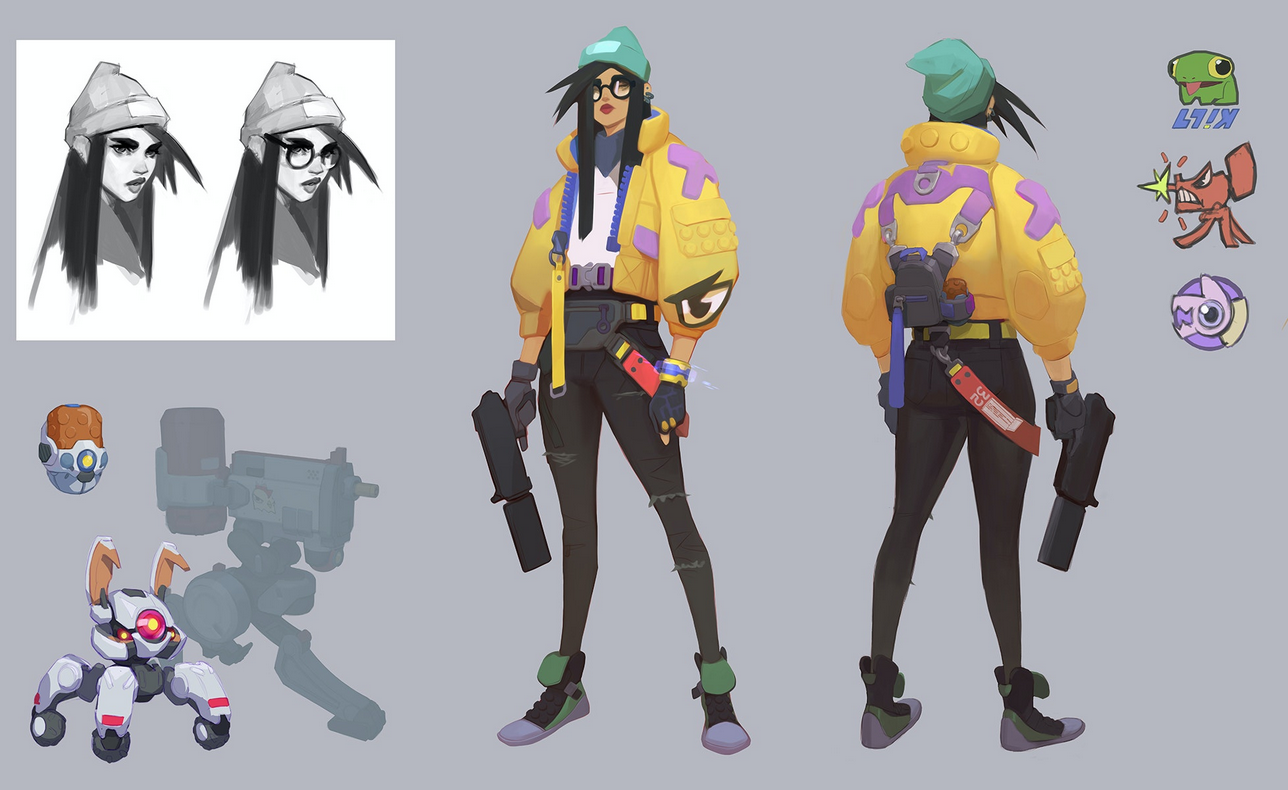 Gameplay-wise, Killjoy is another defensive Sentinel. Her abilities all excel at holding down areas and alerting the team to enemy presence.

Killjoy equips a covert Alarmbot. When thrown, the Alarmbot will activate upon hitting the floor. It will then chase down enemies who enter its range, applying a Vulnerable debuff which increases damage taken. Alarmbot can be picked up mid round.

Alarmbot provides valuable zone control. It can be used like a Cypher Tripwire, allowing the team to leave an area unguarded without losing too much information. The Vulnerable debuff is similar to Viper’s. While extra damage on enemies is nice, one clean shot with a rifle or Operator renders that advantage moot.

Killjoy equips a Nanoswarm grenade. When thrown, the grenade will go covert at its landing spot. Killjoy can then manually reactivate it to deal damage to enemies within the Nanoswarm’s area-of-effect.

Nanoswarm will likely act as a pre-thrown Incendiary Grenade. If a team tries rushing through a choke point, Killjoy can dissuade them with kill potential. Combined with a Sage Slow Orb or other utility, Nanoswarm could do some real damage.

Killjoy equips a Turret and, when used it is deployed at the target location. It shoots at enemies within its front 180-degree vision. Turret begins shooting 0.75 seconds after seeing an enemy, shooting in bursts of three. Damage starts at 4 per hit, scaling up to 8 based on how close the target is. Turret has 125 life points and can be picked up mid round.

Turret is her signature ability, meaning she will have one every round. Much of Killjoy’s gameplay will revolve around using her inventions to catch enemies unaware while she secures the frags. Turret can be placed in a hard to check angle so enemies have to turn towards it. Killjoy can then peek a different angle for an easy kill. However, she must be aware of the opponents posting a player on her position to bait her into a death.

Killjoy’s Ultimate ability is Lockdown. It costs seven ultimate points. Killjoy equips the Lockdown device. When deployed, the device begins a 13 second windup. The device then Detains all enemies caught within its large radius. Detain stops affected agents from using their weapons and abilities. The Lockdown device has 150 life points and can be destroyed at any point while winding up.

Lockdown is an interesting ultimate. The massive preparation time nearly ensures that enemies won’t find themselves being Detained often. What it does do is force teams to back off of an entire area of control. If the Lockdown device cannot be seen, the only options are to wait it out or rush it down. Lockdown will be best used when opponents are forced to run into you. Last second site pushes and retake attempts are among the common use cases.

When looking at Killjoy’s skillset, it is apparent that she was designed as VALORANT’s version of the staple builder/engineer character. All of her abilities excel at detecting and stopping enemies from pushing, making her much more valuable on the defense. She lacks any smokes, flashbangs, and mobility, further emphasizing this niche. While she doesn’t provide the same intel or versatility of other Agents in her class, Killjoy is a more aggressive take on the one-man defense.

Killjoy will be released when Act II begins on August 4th.