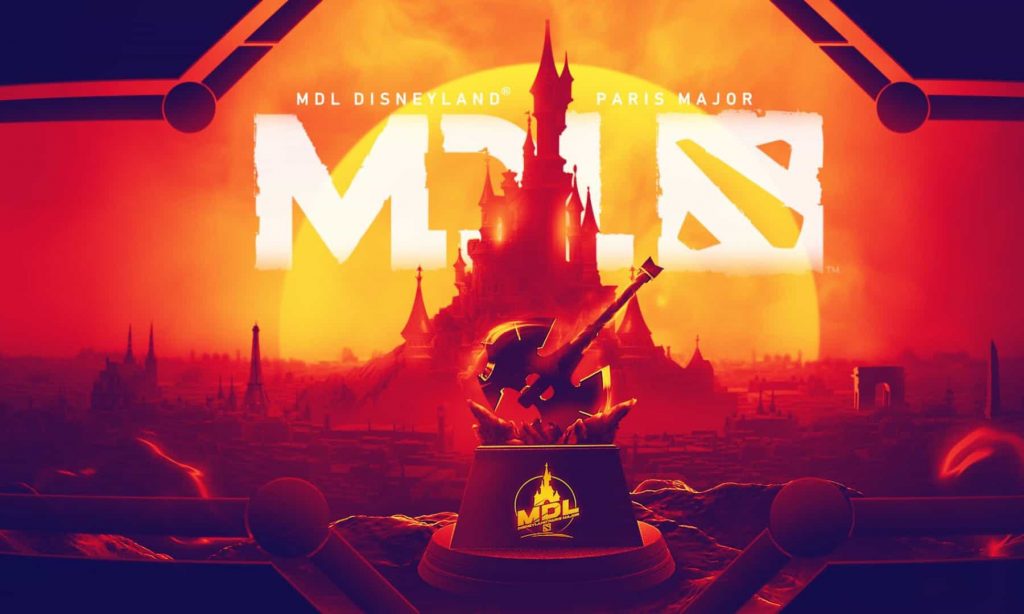 Dota 2 meets Disney as the DPC heads to Disneyland Paris. Whose dreams will come true and who will be eliminated from the happiest place on Earth?

With the potential for so many Belles and whistles, we’ve broken down what you need to know about the Paris Major.

Four teams attending the Paris Major have already earned enough DPC points to guarantee their invitations to The International 2019: Virtus.pro, Team Secret, Vici Gaming and Evil Geniuses. Eight more teams want to secure their spots. Tiana, in the Princess and the Frog, may have said, “The only way to get what you want in this world is through hard work,” but there’s actually two ways in this case. Spots can be secured by picking up more points and by having those top four teams take more points out of the pool.

Obviously, everyone wants to earn their spot though. Expect fierce competition in Paris.

There are so many teams in Paris ready to go the distance, it’s hard to pick clear winners.

Note: it’s a little disappointing that the groups were given letter names when Aladdin, Bambi, Cinderella and Dumbo are right there, begging to be used.

Let’s address the elephant in the room first – Team Empire. They’re in Group B, and since Star Wars is now a Disney property… let’s just say we think it’s a little convenient that Team Empire qualified. They’re making their DPC debut in Paris, and while they’re not favorites to win, they could certainly upset the status quo.

“Sometimes the right path is not the easiest one.” –  Pocahontas

Group A looks rather intimidating. Virtus.pro and Team Liquid are generally considered top teams. Keen Gaming looked excellent at ESL One Mumbai. As for newly minted beastcoast formerly known as Team Team? The team just officially came into existence less than three days before the event and were lacking two teammates before that.

“You must not let anyone define your limits because of where you come from. Your only limit is your soul.” – Ratatouille

In Groups B and C respectively, Teams Chaos Esports Club and paiN Gaming will want to put in a strong showing. We just watched Majestic Esports delight fans by going farther in the OGA Dota PIT Minor than anyone expected. South American teams are strong, and it’s time for us to drop the narrative that they’re certain to be on the bottom.

“The past can hurt. But the way I see it, you can either run from it, or learn from it.” – The Lion King

Meanwhile, Ninjas in Pyjamas is looking to prove that they’ve moved beyond the disastrous European qualifiers. Despite Peter “ppd” Dager’s words to the contrary, learning from the qualifiers would benefit the team greatly. Two of the juggernauts they struggled against, Team Liquid and Team Secret, are in the mix at the event. The latter will be in NiP’s group during the group stage.

“If you dream a thing more than once, it’s sure to come true.” – Sleeping Beauty

Vici Gaming and PSG.LGD in Group C make it look incredibly tough for paiN and for Mineski. Not impossible, but very tough. PSG.LGD have been top eight at each Major this year. Vici Gaming won the last Major, DreamLeague Season 11, after getting there the long way by winning the StarLadder ImbaTV Dota 2 Minor. Mineski haven’t performed well this season and made a roster change a month ago. Will it be enough to get them into the top two of Group C?

And then there’s OG. This team is the Cinderella story. Their run to win The International 2018 is the stuff of fairy tales. Now, the squad is in a group with Evil Geniuses, who they haven’t played since TI8. They’re not going to face-off in the opening, OG will see Fnatic first.

Because this is the fourth Major of five, there’s no time for teams to be timid. As Lumière would advise, they must be bold and daring. Look for aggressive gameplay, with every team trying to set the pace and control the map.

Beyond amazing Dota, everyone wants to see Disney’s influence. It’s unclear how much leeway the Mouse House will give MDL to Disney-fy the tournament. Disney notoriously protects its properties. The logo suggests that there’s some possibility for an extra magical event, but until things get underway, it’s impossible to know for sure. But clearly we want references, visuals, cosplay, music… and if at all possible, combinations of Dota 2 and Disney.

“In every job that must be done, there is an element of fun. You find the fun and—snap!—the job’s a game!” – Mary Poppins

Dota 2 is both a game and a job for all these teams. It’s fun to enjoy the unique setting for this tournament, but at the end of the day, the Paris Major is a critical part of the DPC season. It could make or break the chances for some of these teams to make it to TI9. If teams underperform severely enough, they may feel compelled to make last-minute roster changes.

Hopefully, fans will experience the fun when the Paris Major kicks off on May 4. (What an auspicious date! May the Force be with all the teams!)