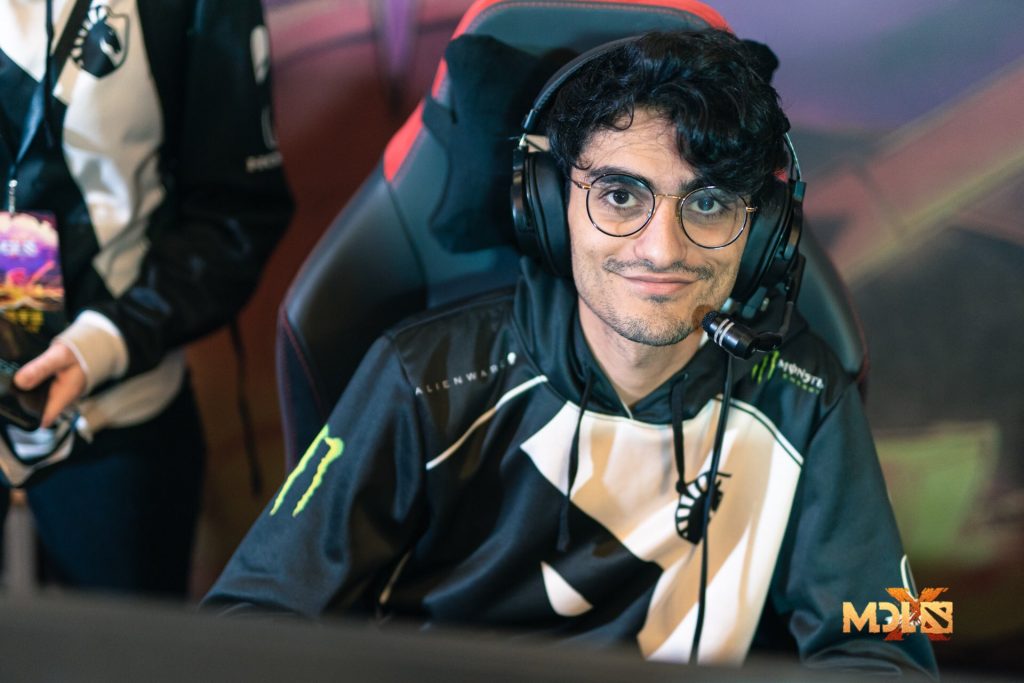 With our second day of MDL Chengdu Major Playoffs starting up, it was expected that we’d see another day of close games and shock finishes. But as the day progressed, it became apparent that the right teams were emerging victorious.

In our two Upper Bracket clashes, Vici Gaming and Evil Geniuses breezed past their opponents in under two and a half hours, playing some of the quickest games in the tournament. And in the Lower Bracket, Alliance and Team Liquid faced off against two home-town teams in a battle to survive elimination.

But before the matches could even begin, we were once again treated to one of the most unique casting segments in recent memory. Kevin “Purge” Godec has introduced both days of the Playoffs so far with a segment called “Good Morning Purge.”

Yesterday he started by teaching us how to properly iron our clothes before delighting the audience with a Dota themed children’s story. Today in a similar vein, Purge was joined by Jorien “Sheever” van der Heijde to share some tips on making healthy snacks before indulging us with another story.

Far from the usual fair of Dota analysis, Purge’s morning shows play on the familiar tropes about gamers being a little bit less “housebroken” than the rest of the general population. But he’s also maintained an unpatronizing and light-hearted tone, which makes them genuinely endearing and entertaining. And afterward, of course, we got stuck into the real analysis and Dota 2

Today’s matches started off with Vici Gaming taking on the Fighting PandaS. The PandaS impressed in group stages after showing up against EHOME. But given EHOME’s performance later in the day, and Fighting PandaS inability to handle Vici Gaming, groups may not have been the best indicator of this team’s ability. In game one, Vici depended on Night Stalker, and the ever-reliable Gyrocopter to farm up a storm. But in this game, even the supports were hugely getting fed. The final KDA was 27 to 3 – an absolute stomp.

The second game didn’t get much better for the PandaS, but at least Vici’s supports didn’t get as fed as their carries this time. Even so, Ding “Dy” Cong created enormous problems for his opponents with his Shadow Demon, showing exactly why this is such a popular support pick. VG advance to the next round, while Fighting PandaS fall to the lower bracket to face beastcoast tomorrow.

On the other side of the bracket, Invictus Gaming clashed with Evil Geniuses. And finally, we got a chance to see the much-vaunted EG team that everyone had been talking about. This was a clean performance from the NA squad. In game one, they executed deliberately and decisively, using their wombo-combos to catch and kill iG at will. In the second game, things were a little less clean, as Artour “Arteezy” Babaev’s Lifestealer needed time to ramp up. But ultimately, this was a case of iG just not performing to the standard we’d seen from them recently, and EG turning up in a major way. EG will face Vici Gaming tomorrow, while iG meet Fnatic.

We can confirm that we have checked on Arteezy’s hand, and he was alright 🙏🏻 pic.twitter.com/6DjqBkf7fM

Team Liquid has been hard to put a finger on this tournament. At one point, they’ll go undefeated in groups, and then they lose to J.Storm. This match against EHOME was another chance for us to see if this team is legit, or if it’s just empty hype. And luckily for us and TL, it seems like the former is true. After a shaky start in game one, which saw them almost fall to a fed Sven, TL got things together.

For game two, the team looked like a well-oiled machine. And although they lack the cleanness and decisiveness of some of the other squads in this tournament, the EU representatives were able to put away EHOME and continue in this tournament, sending the number three Chinese seed home early.

Alliance and Team Aster, on the other hand, was one of the most back and forth games in this tournament. Game one was exactly the kind of performance we’ve come to expect from this Alliance lineup, with Nikolay “Nikobaby” Nikolov taking control of a game with his flawless carry play, recording a 17/0/11 match on Faceless Void.

It’s not looking great for Team Aster as they drop the first game against @theAllianceGG.

Are we going to finish the day with with a fourth 2-0 series or will Aster step up their game and tie the series?#MDLChengdu pic.twitter.com/Acbo7RC42D

But in game two, Nikobaby got out carried by Aster’s Song “Sccc” Chun, in a performance reminiscent of Sccc’s incredibly run with Newbee. His Juggernaut cleaved, span, and otherwise hacked his way through Alliance to come back from an early deficit. This loss was made more surprising given that Alliance started in a very similar way to game one, but just couldn’t snowball their carries in time.

In the final match, Alliance overcame a questionable draft to defeat Aster. Their Drow Ranger pick proved to be the critical component. Combined with the area of effect damage from Kunkka, the team was able to pick off Aster as they needed and secure this win. This was a close game, but ultimately, Alliance turned up when they needed to and will continue in the tournament. And as an added bonus, will finally give us the highly anticipated showdown with Team Liquid.

Today’s games were par for the course. EHOME and Team Aster are taking a trip home after their elimination, having earned $25,000 and 150 DPC points. And tomorrow, we’ll see even more Lower Bracket action, with yet more eliminations on the line. But before even that, we’ll get to see the top of the table clash to see who heads to the Upper Bracket Final. The MLD Chengdu Major continues until Sunday, and you can catch all the action on the Beyond the Summit Twitch channel.