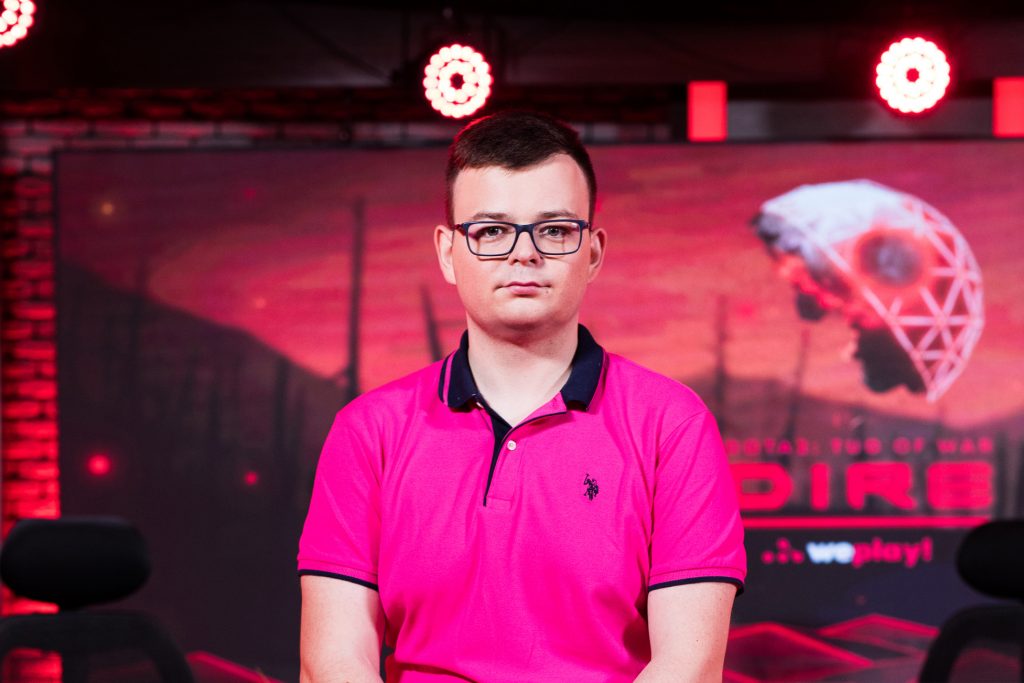 WePlay! Esports have carved out an identity as an esportainment company. They organize esports tournaments with unique themes that draw on different aspects of the entertainment industry to create a coherent vision for their events.

Hotspawn had the pleasure of chatting with Max Belonogov, Executive Producer at WePlay! Esports, to better understand how the company has distinguished itself from other organizers in the industry.

Hotspawn: I’m interested in the decision to give WePlay! events such a distinct identity. The organization has captured a niche in the market for having themed events, online and off. Can you talk a little about why WePlay! has chosen to go in this direction, all in on themes?

Max Belonogov: Well, if you look at esports globally, tournament operators and the events themselves don’t really differ all that much from one another. Market players compete in sizes of prize pools, a number of tournaments, locations, their promo/advertising videos originality — but it all still relates to the same area. We had to find a completely different and fresh solution to differentiate ourselves from the rest. Initially, we had no desire to compete in terms of our financial capabilities, the number of events we can host or their scale — we wanted to go a totally different path. The solution opened up in the creative approach to the studio broadcast concepts and themed LAN events.

A WePlay! Valentine’s themed Dota 2 event was decked out in all things fuzzy and pink. (Image via WePlay!)

How does positioning yourself as an esportainment company affect the approach of a  tournament organization?

To be honest, the ‘esportainment’ term came to us after we’d already been doing tournaments in our original style. First, we thought through the entire process of how we’d be bringing them to life: the team that does concept creation for the events seriously affected the company’s decision to develop in the creative direction. I think it’s a breeding ground for a creative team, since we all came from the world of movies and stage. For us it just makes sense having decorations, screenplay and original costumes.

In the beginning, the most important thing was to put casters and analysts into a story, a certain vibe and then do our best to make the audience feel the vibe through the screens. After we figured out the general concept for how we’d be making our events, it occurred to us that ‘esportainment’ is a perfect fit to describe what’s usually happening on WePlay! live broadcasts.

What makes a good theme for a WePlay! Event? How do you decide on one?

Anything can make a good theme for our tournament. It might be some event, movie, holiday, time of the year, picture, a style of clothes, entire historical epoch and so on. But it’s also important for the concept to be standalone, sustainable. You know, we want the audience to get the conveyed idea and have specific emotions evoked by it.

Ways to unfold the vibe of each event can be different: we use decorations, music track, filler stuff we record beforehand, look and feel of the casters, their behavior on camera, communication style — slang and even speed they’re speaking. Coloring and lighting design surely helps to set a certain tone as well, both in studio broadcasts and at LAN events. Depending on what we want to show our viewers and what emotions to bring out, of course.

At Reshuffle Madness event in 2018, we used additional characters like DJ, barmen as well as extra props like cocktails, flamingo birds, things people usually use during summer/beach vacations in order to create the atmosphere. We are very meticulous when it comes to thinking through these things in each of our events as they help to shape the vibe for the audience and help them get a sense of the theme.

How does having a theme inform production leading up to the start of an event? Does it help to have that kind of direction informing decision-making or does it make each event more complicated?

Concept of each tournament that WePlay! does appears in the production department. The creative team usually only gets the dates and game of the event in the first place and after that, we start working on the theme. The event theme is a starting point of the entire production pipeline, only when we have the theme worked out we can move to the next steps. In general, we describe the whole story, costumes, stage design, visual image, filler content in details. Plus, we need to determine the direction — whether it’s going to be an educational event or purely entertaining. That’s also when we decide on tone of voice — how we’re going to communicate with the viewers during the event. When the process is done, the production team presents the tournament concept to other departments of the company — marketing, design, SMM, and they pick the idea up and develop it on their levels.

Shifting gears a little bit here, how have talent/players responded to the theming? Are they cooperative about producing the themed content ahead of time? Do they enjoy the costumes?

I think that during our first tournament in esportainment style, Reshuffle Madness in 2018, the invited talents felt a bit weird and awkward, as they’d never faced anything like this before. But after getting used to the new roles, they felt more comfortable with them and the entourage which helped them relax. Sometime after, when we hosted several events in various styles, everyone is now used to the fact WePlay! does everything in a brand new, non-orthodox, out of the box manner. For instance, now when talents hear about an upcoming event, their interest immediately skyrockets — what concept will it be, what roles will I have, what costumes are we going to have and how will we communicate with the viewers.

Our in-house talent participates in the development of the event theme together with the creative team. For example, while preparing for the first season of Forge of Masters WePlay! League for CS:GO we involved the guys from the very start of the discussion: asked for their opinions, what they’d like to add or remove. Talents feel the audience very well and know what they want, and that synergy helped us to please the viewers. We got a lot of positive feedback about the nontrivial thrilling show, both during the live broadcast of Forge of Masters and LAN finals.

I remember that we were preparing for WePlay! Artifact Mighty Triad: Strength and the invited talent crew was very surprised because we brought them to the warehouse to make a promo video. We spent the entire shooting day there, first they felt a bit odd but still liked the fun aspect of it. When the same guys came back for the second event of the series, Artifact Mighty Triad: Agility (where we had the circus theme), they were familiar with our creative approach. Not only did they understand what was happening on the stage and in the studio, but were also really interested in the event concept and wanted to actively participate in everything.

In terms of the pre-produced filler content that isn’t from the talent involved in the event — I’m thinking of here of the Circus pieces during WePlay! Artifact Mighty Triad: Agility event — How do you go about producing that content? Did you happen to have connections to contortionists, etc.?

First of all, many years of working and professional education in the industry gives you many possibilities for bringing your ideas to life. Besides, since I’m the general producer in the company, I have a lot of network ties in the creative area — movies, theater, circus, animation. For instance, one of my university friends comes from a circus family: his sister appeared in Cirque du Soleil. We asked if she wanted to partake in the tournament broadcast, she agreed as she really liked the concept.

Or, for example, the jazz band that we had playing during WePlay! CS:GO Lock and Load. Before the event started, they already split into several solo projects but after finding out what we had in mind for the event they got inspired with the idea and decided to come and play for us together once again. And I’m infinitely happy that they, in particular, played at the event — it was wholesome and befitting music with proper delivery, which perfectly fit into the theme and added to the visuals.

Artistic people who we involve in WePlay! tournaments love the idea and creativity above all else — that’s what drives them. Their desire to be a part of it draws them into the project.

I want to ask about the upcoming Dota Underlords event. Does the game itself having a story and theme help? Any hints about what we might expect?

As we developed the WePlay! Dota Underlords Open concept, our team dived deep into the game itself, the story of relationships between the characters. One of our screenwriters found a narrative showing confrontation of the gangs within the game: they battle, fight each other and this entire action happens on a rather dark underground entourage. We thought “Hm, it resembles a shadowy backstreet club” and decided to make a tournament in syndicates theme, which was slightly hinted in key visual for the event already. We’ll add up some emotional atmosphere of clash of the gangs to the educational content of the new game. The confrontation theme perfectly resonates with the open qualifiers to the event — anyone could take part in the qualifiers and manifest themselves into the world. I believe it’s going to be a fun and [a] perfect mix of education, entertainment and competition.

Thank you, Max, for taking the time to talk to us about WePlay!’s approach to tournaments.

Come back later this week for Hotspawn’s coverage of the WePlay! Dota Underlords Open!