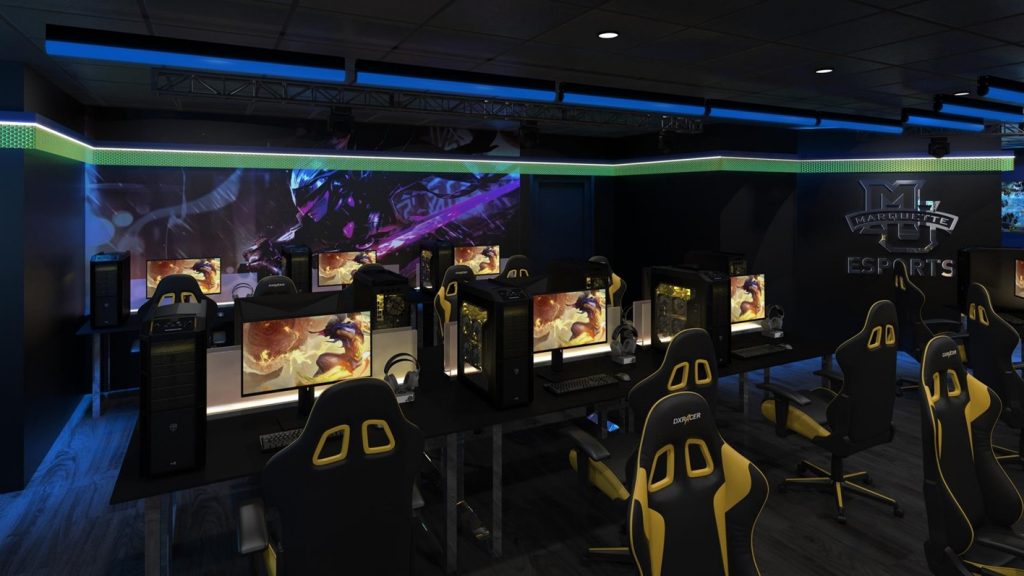 In fall 2019, Marquette University will launch their esports program. In a recent announcement, the school indicated they will be the first university in the United States to have an esports program run by a major conference Division 1 athletics program.

This will be a varsity esports team managed by the Department of Intercollegiate Athletics. The program will be integrated with academics, such as the Department of Computer Science, to ensure students have a well-rounded academic experience. This cross-disciplinary approach will create opportunities for students to combine hands-on learning with support for student interests. Students will be required to maintain academic standards in order to participate, as per current athletic program restrictions.

The university will rely on corporate partners and donors to construct an esports facility on-campus for Golden Eagles Esports. The facility will include multiple gaming systems, including a console gaming area, and will also contain a dedicated broadcast and production station.

The program will hire a coach, interested students will need to complete tryouts, with accepted team members maintaining practice schedules and representing the university at esports tournaments.

Marquette University is a Catholic, Jesuit university in Milwaukee, Wisconsin. Marquette currently participates in the League of Legends 2019 Big East Conference, alongside five other college teams. The inclusion of a console gaming area in the planned facility suggests that Marquette’s program will include a range of esports alongside League of Legends

Many universities now have support for esports programs, including school-run teams and sponsorships. As recognition of the esports industry grows, as well as student interest, universities and colleges will become increasingly keen to provide tools and develops skills to prepare students for work within the industry.