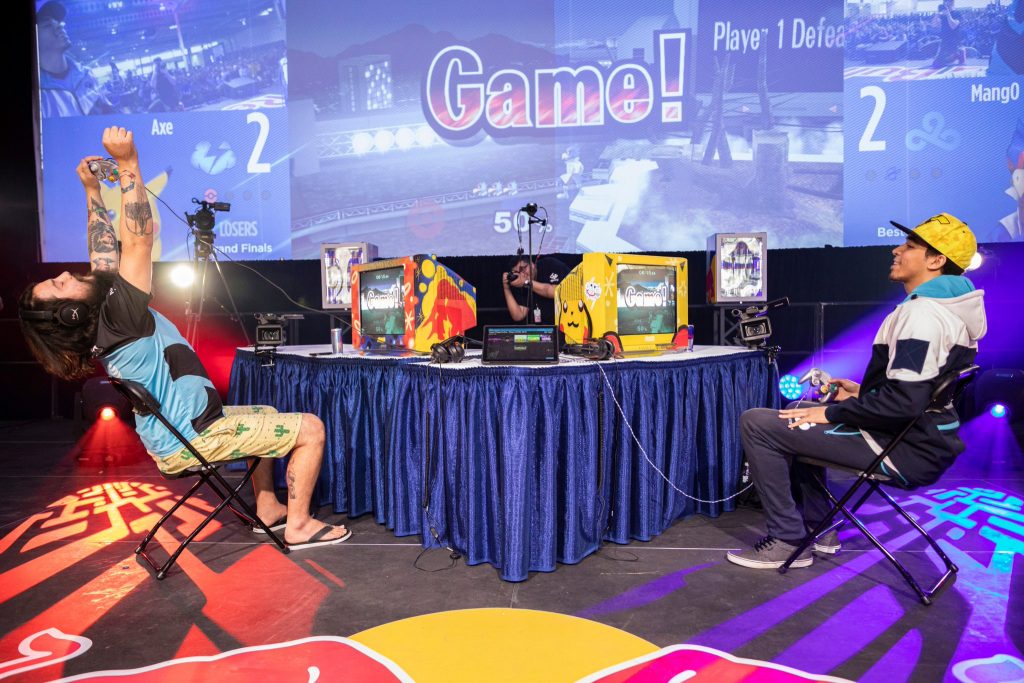 Get On My Level (GOML) once again brought the best talent in the fighting game community to Canada and it did not disappoint. Several fighting games saw top-flight competition in Toronto, but the Smash series was undoubtedly the crown jewel of the event.

The eyes of the Smash scene were on GOML this year not just because Super Smash Bros. Ultimate is still developing but because of the huge announcement that the tournament would not allow wobbling at the event for games such as Melee. In case you don’t know, wobbling is a technique by Ice Climbers that allows the duo to, basically, have an infinite, inescapable combo that can basically end a match instantly.

Mang0 Comes Out On Top In Melee

Joseph “Mang0” Marquez finally climbed to the mountaintop by winning the Melee singles tournament at GOML 2019. Mang0 was nearly untouchable throughout the tournament, going a perfect 9-0 overall and sweeping seven of those contests. The Falcon main’s toughest competition came in the Finals against Jeffrey “Axe” Williamson with the epic battle going all the way to the fifth game.

MANG0 IS THE GET ON MY LEVEL 2019 MELEE SINGLES CHAMPION!🏆

It was a massive win for Mang0, as it ended one of the most infamous losing streaks in Smash history. Mang0, who is regarded as one of the best Melee players ever, had not won an event since Super Smash Con 2017—a dry spell that lasted over 21 months.

The Melee bracket was also notable for the early exit of Juan “Hungrybox” Debiedma. Hungrybox is one of, if not the, best Melee players, winning the previous five events he had entered. However, Hungrybox ultimately ended up placing fifth at GOML after losses to William “Leffen” Hjelte in the winner’s semi-finals and Justin “Wizzrobe” Hallett in the loser’s quarterfinals.

Tweek Returns To Glory In Ultimate

Gavin “Tweek” Dempsey has had a roller coaster of a career in the short lifespan of Ultimate. But Tweek hit another peak by winning the Ultimate singles bracket at GOML.

Unsurprisingly, Tweek decimated the competition by going a flawless 10-0 while not dropping a single game until the Finals. However, Tweek still faced adversity, going down 0-2 in the Finals against Tyler “Marss” Martins before pulling off the reverse sweep. The Team SoloMid player flicked the switch by changing from Wario to Roy, who he would also use in the rematch vs Marss in the Grand Finals.

Here are your Top 8 results from Get On My Level 2019, for Super Smash Bros. Ultimate Singles! #GOML2019 pic.twitter.com/aDc3Q0gkN3

Though a fourth-place finish is not something to scoff at, it still felt like an early exit for Leonardo “MKLeo” Lopez Perez. MKLeo was quickly seen as the player to beat in Ultimate after dominating many of the early major events in the Ultimate life cycle. However, MKLeo finished fourth at GOML after surprising losses to Marss and Eric “ESAM” Lew.

Other Smash
Share
Justin Hartling
Justin has been writing professionally for his entire career with a background in journalism and broadcasting. After writing about what other people wanted for years, Justin came up with the idea for Hotspawn – allowing him to combine his love of writing and of esports.
Follow me