Malystryx: Making Content Can Be “Walking that Fine Line of Cringe” 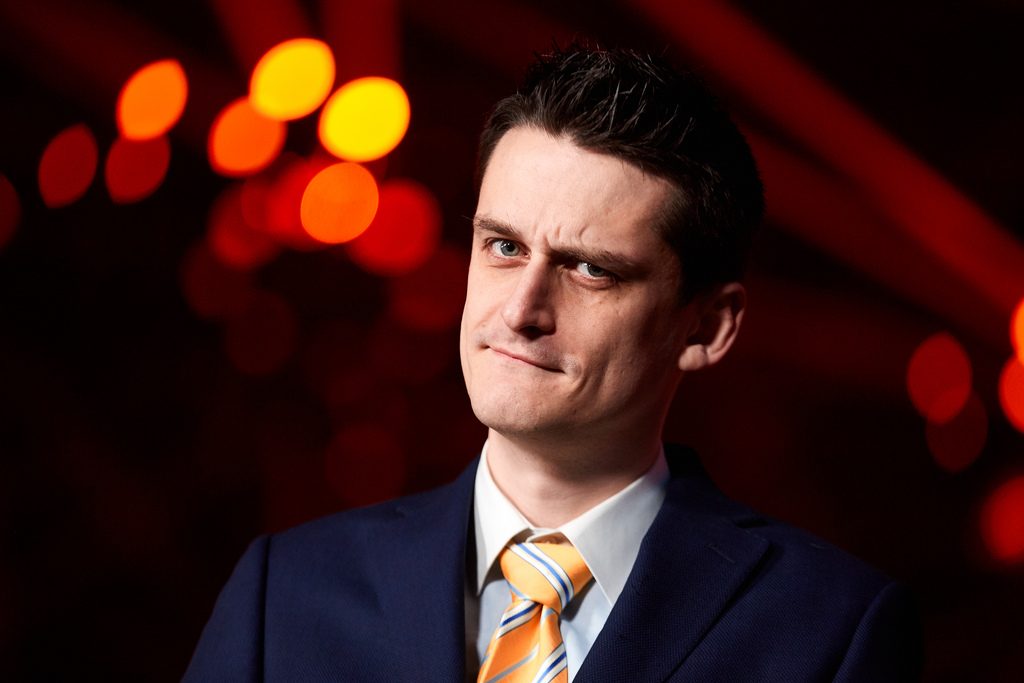 Hotspawn spoke with Lawrence Phillips aka Malystryx about creating content for Dota 2 events. He revealed some of the difficulties of getting it just right. (Photo via Liquidpedia)

While the focus of esports tournaments are the competition, there’s often a vital entertainment factor as well. Lawrence “Malystryx” Phillips has worked for several years in the Dota 2 community, creating content that’s memorable, informative and very often entertaining.

Hotspawn spoke with Malystryx at last month’s Betway Midas Mode 2 about his work as a content creator. We were able to see on site what goes into the creation of a pre-produced content piece, and Malystryx was able to provide additional insight.

*The interview has been edited for length.*

Hotspawn: Do you come to an event with a brainstormed list of, I’m going to this Major. I know these teams are going to be on hand, these are the kinds of the things I want to do with them. Or does it come together once you’re at the event?

Malystryx: I think a good example was the Bucharest Major. I was in charge of coming up with a plan and my suggested theme was adverts, and so myself and [Jake “SirActionSlacks” Kanner] came up with an advert idea for every team. So, for example, there was a Team Liquid motivational video. There was “Straight out of the DPC.” There was “SCCCUH.” Some teams are more difficult to tailor content to; so people like Evil Geniuses, Virtus.pro, Team Liquid, they are more picky about what kind of content they do. You maybe have to come up with several ideas and they’ll pick one, whereas you could have some other general ideas for the other teams who are perhaps not so established and they’re just happy to be in content.

Do you find that is more of a brand protection thing or that the players are better known and have higher expectations?

They have higher expectations, they have more people watching them so they’re more concerned about their image. Whereas the newer players maybe haven’t been in content so for people like TNC or Gambit Esports, players that are just coming up, they may be more open to different ideas. Or it could be that some players have been burnt in the past by maybe an idea we did or someone else did that they didn’t like and they don’t want to be embarrassed. Most of the time, we’ll give them a choice, and we’ll say this is our idea, do you like it?

I remember we did one, I think at the Bucharest Major, for Vega. We are struggling for an idea and we wanted to do YMCA but as we wanted to do it as [singing] V-E-G-A, everybody wants to be on V-E-G-A. And we told them the idea, and they did not like it at all. It was apparently questionable because it was Russian, and what did the song mean. We had to change it so we did a Jaws video, with a shark chasing the players.

[laughing] I remember! Down the hallway!

It really depends. Once you know the teams, you’ll know who’s going to be more difficult to cater for. If you have a team, NiP, for example, maybe has one or two players, the old NiP, with [Adrian “Fata” Trinks], [Neta “33” Shapiro], [Martin “Saksa” Sazdov], these are players that are not particularly crazy. You know they’re going to not want to do anything outrageous, so you try to find something they’ll be comfortable with.

You have to think about the players, think about the teams. And then some players obviously will trust you. For example, OG have always been into anything you want to do with them. For example, SForks. There was the one with the Bandersnatch we did, where OG had multiple-choice, and Topson was there. So it depends on the teams, but you can’t just decide this content is for the team because sometimes they just won’t like it.

Players Getting Into It

Have you ever had teams come in with ideas of their own for what they like to do?

Yeah. Sometimes, for example, ‘Straight out of the DPC’ with Team Secret, the idea was a rap video, but we didn’t pick their names… And then we had song tracks, I think one of the ones [Clement “Puppey” Ivanov] suggested was Enigma’s in Paris. They suggested the tracklist.

So they got into it!

Yeah, so we had the rough idea we want to do a rap video. And then the best is when the players like Team Secret, they say, “Well, I want to do this, I want to do that” and then they embrace it. That’s much easier. That’s the ideal thing. Or the Team Liquid motivational video. We said we want to do a motivational video, can you think of some lines to say? I don’t know if you remember that video but one of them is like, we’re like, “MinD_ContRol, say anything” and he goes,  “I don’t know. White cat.” That’s in the video.

And then “Be free, Willy.” We asked Team Liquid, “What does Kuroky say to motivate you?” And they’re like, “We don’t know. We can’t remember anything.” “But then they came up with it themselves, and some of those lines are really funny. Like the [Amer “Miracle-” Al-Barawi] one, “Give me the rampage. Give me the kill. I’m dead.” Ideally, that’s what you want, but it doesn’t always happen like that. Some teams, they’re just shy and they want you to literally tell them exactly what to do because they don’t want to be embarrassed.

Do you ever find yourself sometimes in a position where you have to rush the content out because you have to have that fill? Or is it more film as much as you can, some of it will get used, some of it won’t? Is there a quota?

When we started doing content, me and Slacks have been doing content for PGL for like three years; I think I’ve done content for all of the PGL Majors and events. In the beginning, when content went wrong, I was really sad, and I found it really difficult to bounce back. But Slacks was saying, sometimes you make bad content, sometimes it just doesn’t work. So at Midas Mode 2, for example, it was the subscriber video that we did which was really awful. Me and [Shannon “SUNSfan” Scotten] were not sure whether it was good enough to publish.

Have you ever had something air that you were like, I know this bad, but it’s going out anyway?

Lord Cucksworth was, probably. I remember we’d filmed it, and Slacks told me, “The name of your character is Lord Cucksworth.” I didn’t know what cucksworth meant. It was kind of the first video I’ve ever been the main character of, because I’ve never really been on the camera, I’ve always been behind. I said, “Is this content good?” and he said, “Well, it’s either going to make or break your career. I don’t know. Let’s find out.” And then, I was like, oh no!

Then we watched it, and people liked it, but that was very stressful. People have told me that video is kind of so cringe you want to die, but then it gets good, but then it’s cringe again. It’s just walking that fine line of cringe. I think making content funny is difficult.

***
Thank you to Malystryx for taking the time to give us more insight into what takes place behind the camera!