MajorManiak: “These Small L’s Are Going to Set Us Up for a Bigger W” 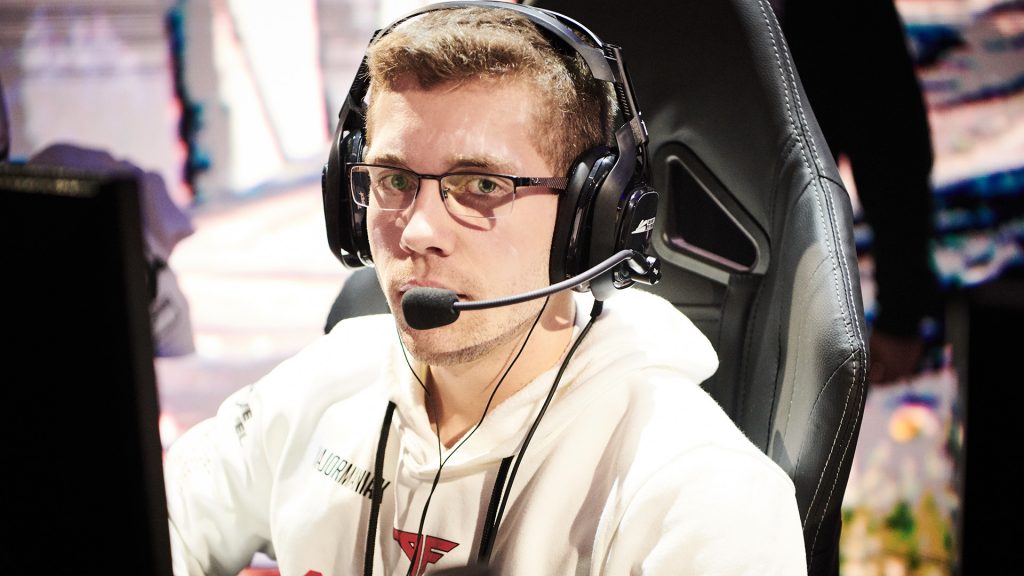 The talented player shed some light on his team's performance at the home series event. (Photo courtesy CDL)

We spoke with Atlanta FaZe player Michael “MajorManiak” Syzmaniak about his team’s performance this weekend and what they need to change to improve going forward. He also explained how the online format has impacted the competition and how Atlanta is still in a healthy position within the league.

Hotspawn: Your first match was against the Toronto Ultra who were in last place going into the weekend. How did you feel playing against them as the number one team in the league?

MajorManiak: We scrimmed Toronto in the past, not only in Respawn but also in Search and Destroy. I think they’re a pretty well rounded team which I don’t think many people believe. So going into that series I kind of had the impression that they were just a well rounded team and that it was going to be a good series either way. With the addition of CleanX as one of the players I think that really helped them a lot because he applies that pressure on the map. So yeah I expected a good series and we ended up going to game five.

Hotspawn: After the series against Toronto you tweeted about how you think your team is making these series’ harder on yourselves. What did you mean by that and what do you think has to change going forward?

MajorManiak: When I said that I meant in the situations where we need to be early on rotations and hold the set up we get insta broken. That on top of our comms, they’re not necessarily frantic or hectic, they’re just very unclear where there is not a lot of direction and there is not a lot of “hey do this” or “look over there and do that”, so i just really want to clean up our comms. I think that actually showed on Sunday in our Dallas series. Our comms were super good, and even that series I was like “let’s keep these comms going into these finals”. Yea there was a point in the Gun Runner versus Florida where our comms were still frantic, but it’s just like little things to make the game a lot easier on ourselves and we’re just really forgetting the basics which is communication and good team work.

ggs to toronto, won 3-2. we're making these series way too hard on ourselves. i got faith we'll find our stride #EZAF

Hotspawn: Absolutely, if we had it our way we would have the team comms on the entire series.

MajorManiak: I would too, I love listen ins because it gives you insight on, you know, how a team is playing and what their vibe is. I wish they would do a listen in on every respawn to be honest, and even in Search and Destroy. I think that would be a good thing to see from a spectator point of view. Like someone calling a strat and then them executing it, not executing it, I’m always trying to picture a listen in during Search and Destroy but I don’t know if it will ever happen. 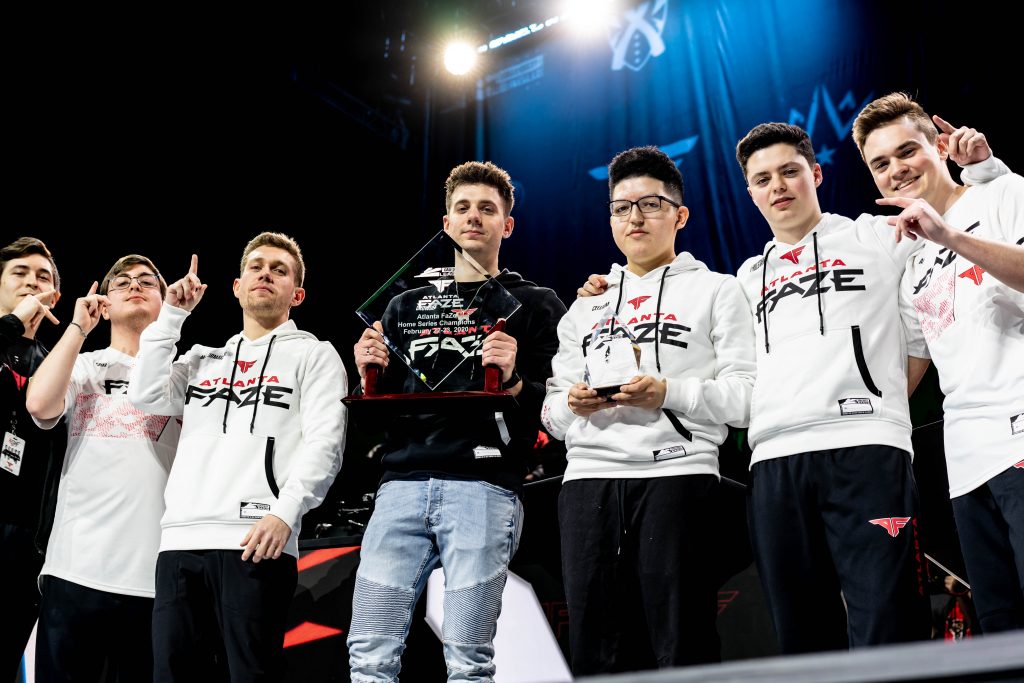 Hotspawn: FaZe has done very well so far this season coming back and reverse sweeping the other team. What do you think was the biggest issue against the Mutineers in the finals that prevented this from happening?

MajorManiak: Well, I mean we kind of just came out flat in that first Hardpoint. We ended up losing by a little less than 50, and if we had better holds on rotations, especially in that last P2 hill, I think we actually would have held that hill and won the game. That on top of a few other rotations that we kind of just threw away. If we were to win a few more gunfights, myself and Tyler, we didn’t really start off too hot. I think if me and him started off a little better in terms of kills the game would probably have flowed a bit easier, but our rotations were still a bit sloppy. In Search and Destroy there were a few rounds that could have gone our way. One with me on bomb where I should have stuck it, but I was under the impression that whoever else was inside library was going to deady, dead silence push and check the bomb because I hopped it with 15-20 seconds left. Chris got into a gunfight, I figured if this guy was in a gunfight with Chris, the other guy has to check bomb because if he doesn’t check bomb we win. Or, if Chris loses the gunfight and the other guy pushes me we lose, or if he wins the gunfight and the other guy pushes me while I’m defusing, he kills me and plays his life and wins. So there were like three different scenarios going through my head, I got off the bomb, played for the gunfight, he wasn’t there, and basically when I saw him not there I was like “yeah this round is probably going to be over” but i still should have hopped it. We ended up losing just a few rounds in Search and Destroy that could’ve gone our way. In the Domination we just started off super flat. We got flipped off the rip on our good side. I think if we just have a really good side, going into a bad side is not terrible because you can play for the C B setup. Just a few fundamental mistakes that we could have just done better overall as a team, and yea we ended up losing 3-0. I think the series was a lot closer than the map count.

I kind of just rambled on, but I literally just played it so I have everything pictured out. [Laughs]

It sucks but it’s just the situation we are put in and we are going to make the best of it.

Hotspawn: No it’s great, thank you for the insight, it’s cool seeing it from an actual player’s perspective. On a different note, some other players have been very vocal about the new online format in response to the COVID-19 pandemic and how it’s impacting gameplay. Do you see it as an issue for you personally?

MajorManiak: I haven’t been vocal about it, but yes. Last weekend when we played Florida in finals, that very first Gun Runner Hardpoint, the same as this weekend, because we had basically the same maps except for Piccadilly, myself and Preston, Preston had 15-20% packet loss on like 50 ping. I had 15% packet loss on like 85 ping, and there was a few moments in the game where I was lagging and I literally froze in place for a good five to seven seconds and then I just died. I mean obviously the servers, they’re kinda wonky in a way, but like you said with COVID and everything going on this is the best case scenario for us so it’s really just playing our cards. It sucks but it’s just the situation we are put in and we are going to make the best of it.

These tourneys are just practice for the big one so nothing to be excited about. With that being said the halo stream will be on shortly

Hotspawn: A couple of other players have talked about these home series events as practice for the final event which is Champs. Do you see it that way or how do you approach these events?

MajorManiak: I see it exactly like that. My mindset since the beginning of the year since the format changed right before the Minnesota opening weekend has always been Champs is the bigger picture. I mean it’s $400,000 for first for each player, $2,000,000 for the team. To put it into perspective I believe there is like, I don’t know how many home series there off the top of my head, I would say like eight to 10 maybe. If you were to win every single home series as a team, that’s $80,000 total per player, or $80,000- $100,000 per say. But if you were to go out and win Champs, that’s $400,000. So if you’re a team, for example, if Chicago were to win every home series this entire year and then go to Champs and not win, or maybe place second third or whatever, they just don’t make anywhere near the same amount of money. I just think that Champs, whether it’s the money or not, is the biggest event of the year. It’s just the pride winning all of it. I do see it as practice. my take, my mentality, and even the rest of our team, these small L’s are going to set us up for a bigger W. We’re in a position where we are not in a very bad spot. We are still leading in the standings in terms of CDL points. We are in a spot where we can improve a lot more and just become a better team in terms of communication, finesse, and teamwork. I think if we implement all those things together leading up into Champs in the next two home series that we play, it’s going to put us in a really good spot.

Hotspawn: For the upcoming New York Subliners Home Series do you have any thoughts, predictions or any concerns going into the home series?

MajorManiak: No, I mean I don’t even know our pool off the top of my head. We’re going to take a few days off, we’re scrimming on Wednesday this week, so we’re going to just keep doing what we have been doing this whole time and keep improving as a team, not let these losses get to us because we know at the end of the day what the bigger picture is. I’m confident no matter what, I know how talented each of us are, so I’m not worried.

The Atlanta FaZe will play the Los Angeles Guerrillas at the New York Subliners Home Series on July 10th at 4:00 PDT.