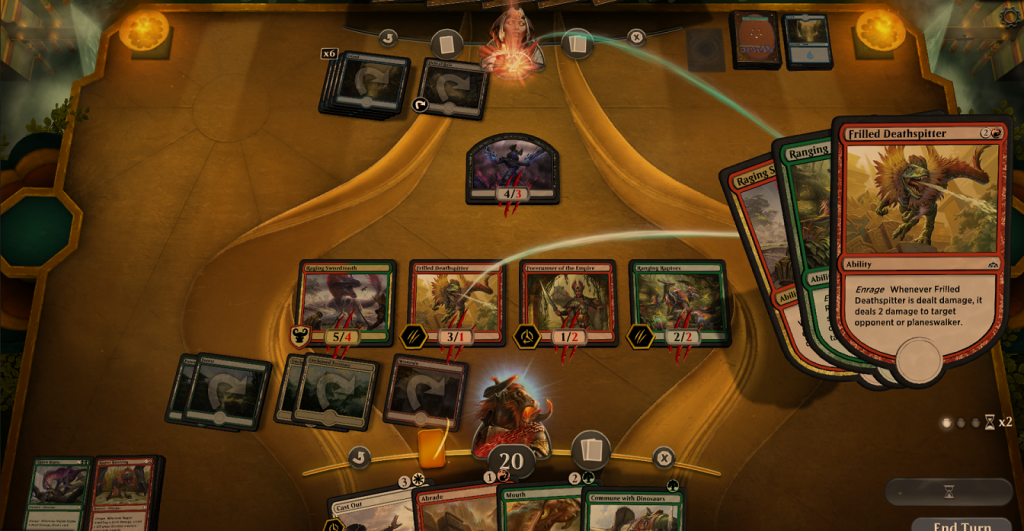 Wizards of the Coast announced that they will be holding a $10 million circuit in 2019 for Magic the Gathering - split between tabletop and online.

Deck building games have been heating up in 2018 with Hearthstone and Valve’s recently released Dota 2 tabletop version of Dota 2 – Artifact. Wizards of the Coast is looking to capitalize on the industry by announcing that they are officially entering esports. During the Game Awards show, Wizards announced that they will be holding a $10 million circuit in 2019 for Magic the Gathering. The prize pool will be split between traditional tabletop Magic, and Wizard’s online digital platform, Magic the Gathering Arena.

“2019 is going to be the biggest and most exciting year in Magic‘s 25 years of competitive gaming history as we evolve our organized play program into an esports structure that takes the legacy of our pioneering tabletop system and integrates Magic‘s new digital platform, MTG Arena.” – Elaine Chase, VP, global brand strategy, and marketing for Wizards of the Coast.

Wizards is looking to expand their player base while attracting players who are comfortable from playing at home. Players will have opportunities to participate in the circuit through either online or in-person play. The two major event types in 2019 will be the Magic Pro League and the Mythic Championships.

The Mythic Championships will be replacing the Pro Tour. Players who previously competed in the Pro Tour were invited via invitation or had to win through qualifiers. Pro Tour events take place all around the world throughout the year. The Pro Tour awarded cash prizes to the top 64 players at each event. The first Mythic Championship event will be an invitational at PAX East in Boston. Invited players and pros will be competing on March 28-31 while fighting for a piece of the $1 million prize pool. The Mythic Championships will offer a cash prize to each participant in order to cover travel and living expenses.

“We’re making the change from Pro Tours to Mythic Championships to reinforce that competitive Magic is both digital and tabletop, and to make a clear distinction between the professional players in the Magic Pro League and the events that are open to the public.” – Wizard’s official esports post.

Wizards set aside $2.5 million to partner with independent organizers who would like to host Magic the Gathering Arena and tabletop competitive events. The Grand Prix circuit run by ChannelFireball offers $2.5 million alone. If you are a Magic fan, now would be the perfect time to start grinding. There are now options for players to play online or in-person at events. In addition to Blizzard’s 2019 $4 million Hearthstone circuit, card game enthusiasts are set up to enjoy the best year ever for the community.