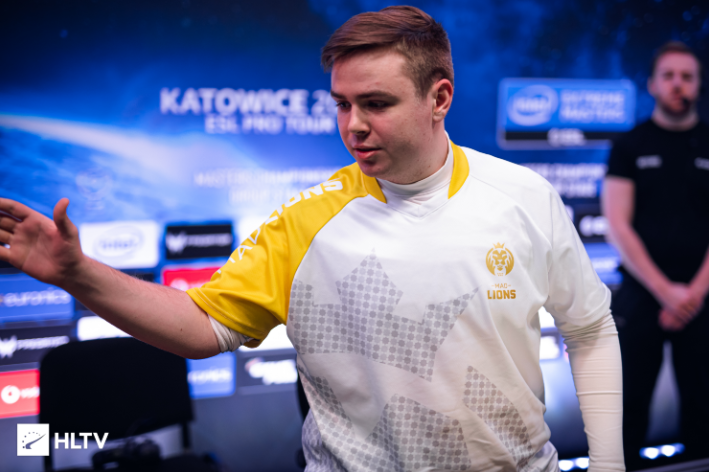 MAD Lions have advanced to the Group A finals and will rematch HAVU. (Photo courtesy HLTV)

The penultimate day of the Flashpoint group stage has come to a close. Grand Finals loom in the distance as the last lower brackets teams fought for survival. In the end, MAD Lions, MiBR, and Orgless have come out on top over c0ntact Gaming, Gen.G, and Dignitas respectively.

The first Flashpoint series of the day was a quick one. Map one was MAD Lions’ pick of Nuke. The pistol went in favor of c0ntact’s CT side, as did the full eco round. The Lions opted into full buying in round three, but their Ramp push was easily shut down. MAD Lions made good on their next chance by taking the A bombsite through Lobby. Their next Ramp to B play was successful, netting them their second round.

The score was tied at 5-5 after another long round which ended on the lower site. The Lions’ attack plan continued to emphasize slow play followed by one big coordinated hit. The last two rounds saw the pace speed up, but the result was the same: an explosive attack that left c0ntact no room to retake. The score at the half was 9-6 for MAD Lions.

Their lead would extend to six after winning their CT pistol and the two following rounds. C0ntact did some spending, so their round four buy wasn’t the most complete. The Lions shut down an A site crunch easily. Now with a real buy, c0ntact were looking to earn their first T round. It took a 4K clutch out of Georgi “SHiPZ” Grigorov on B for that to happen.

The next round was a full USP save from MAD Lions, bringing the score to 13-8. The next two rounds saw the bomb be planted on the Lower site, but MAD Lions pulled off retake both times to earn match point. C0ntact had one last breath of life before the Danish squad finished the map with a mediocre buy on the Outside defense. Map one went to the Lions 16-9.

C0ntact expected to fare better on their map pick of Dust2. A CT pistol round win alluded to that, but MAD Lions struck right back with a Mid to B force buy. Down 3-1, c0ntact’s next full buy came out to defend the A site. The following two rounds were traded, keeping the score difference at one. In a round where both economies were on the line, the Lions used another Mid to B split to extend their lead. From there, the Lions’ attacks always hit home. C0ntact couldn’t respond to the pressure across the entire map and struggled to get anything done on defense. The half ended 11-4 for MAD Lions.

C0ntact needed to get going if they wanted any chance at coming back. Those hopes were dashed after MAD Lions took the second pistol and the two ensuing rounds. When c0ntact had weapons, their T side looked alright. They used fast presence in Mid and Long to put three rounds on the board. However, the deficit was too massive. One strong Long defense put MAD Lions on match point and the following A site retake ended the map 16-7, completing the 2-0. They will face HAVU in the Flashpoint Group A Grand Finals.

Inferno was up first courtesy of Gen.G in the next Flashpoint matchup. A 3v5 retake defense on the B site gave them the first point, but MiBR’s force buy was enough to stop the Mid push. Gen.G would be undeterred, winning the next round with the same push. MiBR were down 1-5 before they got their next point, a passive A site hold with suboptimal weaponry. A second round in a row saw Gen.G’s economy break and MiBR tie the score. Gen.G grabbed the lead back by using a player on A to bait rotations before taking B. MiBR needed more than five CT rounds to have a chance. Lucky for them, Vito “kNgV–“ Giuseppe was on the case with a 3K on the B site retake to secure a seventh.

MiBR continued their momentum on T side with pistol and anti-eco wins. Now down by three, Gen.G held strong on the A site split to take one back. The next round saw a two–for–two in Banana followed by another A site hold to tie the game at 11 apiece. Ignacio “meyern” Meyer cracked the B site wide open and held the retake to get the lead back. Although Gen.G kept finding the first frag in the round, MiBR’s trading and retake defenses were clean. Gen.G couldn’t find a way to keep the Brazilians out of sites and lost every remaining round. MiBR took map one 16-11.

Now on home turf, MiBR wanted to close the match out in two. Despite losing the pistol round, MiBR forced up and knocked down Gen.G’s B site defense. The counter-force was unsuccessful for Gen.G, resulting in MiBR taking a 5-1 lead. Gen.G finally found their footing by stopping MiBR’s Mid to B split. MiBR managed two more rounds in the half, one with a close 2v2 win and one with a 1v4 from Epitácio “TACO” de Melo.

Gen.G performed well enough to get eight rounds, but an 7-8 T side was good for MiBR.

Once again, Gen.G won the pistol round then lost to MiBR’s ensuing force buy. The score evened up at 10-10 going into a crucial round. MiBR’s B players held Apartments well, forcing Gen.G players to save guns. Their next buy was shoddy and gave MiBR an even bigger lead. The score ballooned to 14-11 as Gen.G finally found footing in Mid. They earned two rounds with splits onto each bombsite, but it was all they could manage. MiBR finished the map 16-13 to advance to Flashpoint Group B finals.

The next matchup saw Flashpoint unknowns, Orgless face Dignitas. The first map was Nuke, picked by Dignitas. Orgless won the pistol round and save round, but DIG forced up on the T side to steal the third. An important economic round was won by Orgless with a hold on an Outside wrap. Despite having control, DIG fired back with a pistol buy win on the B site. That momentum carried them all the way through the first half. DIG earned eight rounds, but Orgless did have a nice final three rounds which included two bomb defusals. The score was 8-7 DIG at the half.

Orgless tied the game by winning the second pistol, but couldn’t continue the streak as DIG’s force buy defense was spearheaded by Richard “Xizt” Landström on Ramp.

DIG turned that round into five before Orgless finally found a consistent attack. They turned Outside control into pushes through Secret and Mini. Orgless got within one before DIG stabilized. A Deagle only defense helped DIG to break Orgless and close the map out 16-12.

Dignitas were primed to complete the sweep, but they had to go through Orgless’s Mirage pick. From the start, Orgless looked hot. The B rush on pistol round worked perfectly, as did the anti-eco. DIG’s first gun round looked like a sure win until Orgless found free kills on the A site. The saved rifles for DIG couldn’t save the next round, giving Orgless a 5-0 lead. DIG found three of the next four rounds, but the half was all Orgless afterwards. Fast play up Mid kept DIG off balance as Orgless took a massive 11-4 half.

The second half was a clean closeout from Orgless as they won the CT pistol. DIG’s main gun rounds failed to have impact on the A site and the Mid control couldn’t be transitioned into anything. Orgless finished the map 16-4 taking the series to a third.

The final map was Inferno. While it could have been a close game, it was instead an even bigger slaughter than Mirage. Orgless started out on the T side and barely won a retake defense on B. The force buys also went in their favor. The first full gun round was taken by DIG on the Mid defense. However, Orgless were unrelenting in their aggression. Another full Mid push turned south in arches as they lost two, but the final three players traded four for zero on the A site. That morale boost helped Orgless take seven rounds in a row, leaning on heavy Banana control. The last four rounds were traded as Orgless ended the half dominating 12-3.

Once again, the Orgless CT side maintained a clean sheet. The pistol round was won by the defense after a full B site retake. DIG’s force buy didn’t make any waves in Banana, bringing Orgless to match point after a save. The final round was won by Matthew “Wardell” Yu after a 1v1 retake victory, closing out the map 16-3. Orgless stun Flashpoint and go on to face Cloud9.

The Flashpoint group stage Grand Finals are all set. Six teams will be competing Tuesday for the most circuit points possible.

Group A – HAVU vs MAD Lions