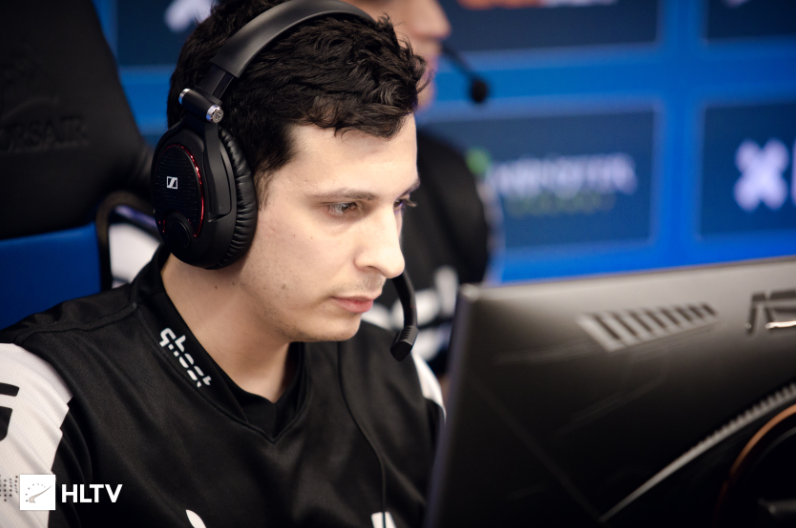 Steel and Chaos advance to the Grand Finals of Group B. (Photo courtesy HLTV)

Flashpoint continues to take place today at the FACEIT studio in Los Angeles. Well, at least it was broadcast from there following a decision on Tuesday to transition all matches to online play in wake of the ongoing pandemic.

Phase 1 is already well underway with teams clashing in their respective groups. Friday, Cloud9 had reached the Grand Final in Group C while Envy had been shown an exit in the second group by MiBR.

Saturday, Danes clashed in the Lower Bracket of Group A as MAD Lions and Copenhagen Flames fought for their Phase 1 survival. In Group B, Gen.G and Chaos would square off to be birther into the group’s Grand Final.

MAD Lions and Copenhagen Flames headlined day five of Flashpoint with their opening series. During the match selection process, Copenhagen Flames secured the first pick, taking hold of Dust 2 while their opposition opted to take matters to Train.

The home field advantage (so to speak) played well into the hands of the Danish Flames and their map pick of Dust 2 for the opening game. A clean win in the pistol earned them the following six rounds on the CT-side for a sizable lead at the start. Asger “AcilioN” Larsen and company would rally back for MAD Lions before the end of the half – narrowing the deficit by just one round as they switched sides. Whatever they were able to build up in the previous half was quickly extinguished by the Flames, however. René “TeSeS” Madsen proved far too much to handle for his opponents as he helped lock in the victory with 124.8 ADR and 31 kills.

The tracks were primed and both teams loaded into the server for Train next. As MAD Lions map pick, it was implied the team would have boned up on some strategies on the historically tactical map – and it showed.

As Copenhagen Flames had during the first map, MAD Lions secured the pistol and next six rounds to secure a 7-0 lead off the jump. Alongside sound strategy and sharp shooting, MAD Lions were simply outplaying their opposition on Train. Case and point came during the 8th round when a late reset provided an incredible fruitful result and plant at the B site. Flames were able to take some rounds with their backs against the ropes, but overall, they appeared dull and sluggish. In many instances, players from MAD Lions were able to wrap corners and take individual gunfights in scenarios that favored Copenhagen Flames. When it came to Train, Flames lost the individual battles, and with that, the war. MAD Lions secured the second map win on Train in a 16-6 scoreline with Rasmus “Sjuush” Beck top fragging in the match.

The draw meant the third map would come into effect, pitting both squads on Nuke for the decider. If map win records are anything to base predictions off of, MAD Lions were at an advantage with a 52.2% win rate on Nuke compared to Copenhagen Flames’ 33.3%.

MAD Lions started on the strong side of the map as CTs, although, Copenhagen Flames were able to grab hold of the opening three rounds. MAD Lions pushed by stringing eight rounds together as Copenhagen Flames attempted to claw their way back, but to little avail. In the 11th round, Flames were able to get the bomb down, earning them a much-needed point on the scoreboard and an opportunity to build their economy back. The following round was a key one for Copenhagen Flames to win, and the suspense built around the match’s narrative; albeit losing some lives in the process, they managed to get the plant, and the round to keep them alive 8-5.

Tensions rose as the two stayed neck-and-neck in the second half; even more so emphasized by the element of elimination hanging above the player’s heads. Ismail “refrezh” Ali attempted to keep Copenhagen Flames’ Phase 1 dreams alive by taking down three with the M4 in round 24. Even with individual bursts of talent, it wasn’t enough to suppress MAD Lions, who would go on to topple Copenhagen Flames 16-13 and advance into the Flashpoint Lower Bracket Final.

The freshly-built Gen.G side was a heavy favorite in the Upper Bracket Final matchup against Chaos. To make matters worse, Chaos had announced they would be forced to bench their star AWPer Owen “Smooya” Butterfield due to visa complications. In his place would stand 20-year old American Logan “Voltage” Long with blessings from his organization, Triumph.

With first pick, Gen.G opted to head to Inferno – one of the strongest in their map pool. And, as everyone probably assumed, it went fairly according to plan having picked up the initial six rounds on the T-side. In the midst of it, Hansel “BnTeT” Ferdinand would further prove he was the right man to round out the organization’s new CS:GO roster, holding down a 2v4 scenario the B site in a crucial early round. Though, Chaos and its stand-in would press back in the first half, reaching round 16 being down by only one.

An early first half lead for Chaos on the second map set a serious sense of urgency for their opposition. Narrowing the gap within one round as the two switched sides, it was do or die time for Gen.G. Kenneth “koosta” Suen opened up the next half with a dazzling Famas ace at mid – one you have to just see for yourself. The two clashed fiercely, with little to forecast a winner from considering the strokes of genius from both sides. The 21-year old former Complexity rifler Hunter “SicK” Mims turned out to be a deciding factor on map two, ringing in 22 kills as Chaos polished off a 16-12 victory of Gen.G to win the series.

With this defeat, Gen.G would drop into the Lower Bracket to face MiBR in an elimination bout on Monday. As for Chaos, they’ll be waiting for the winner of the previously mentioned match in the Flashpoint Grand Final of  Group B.