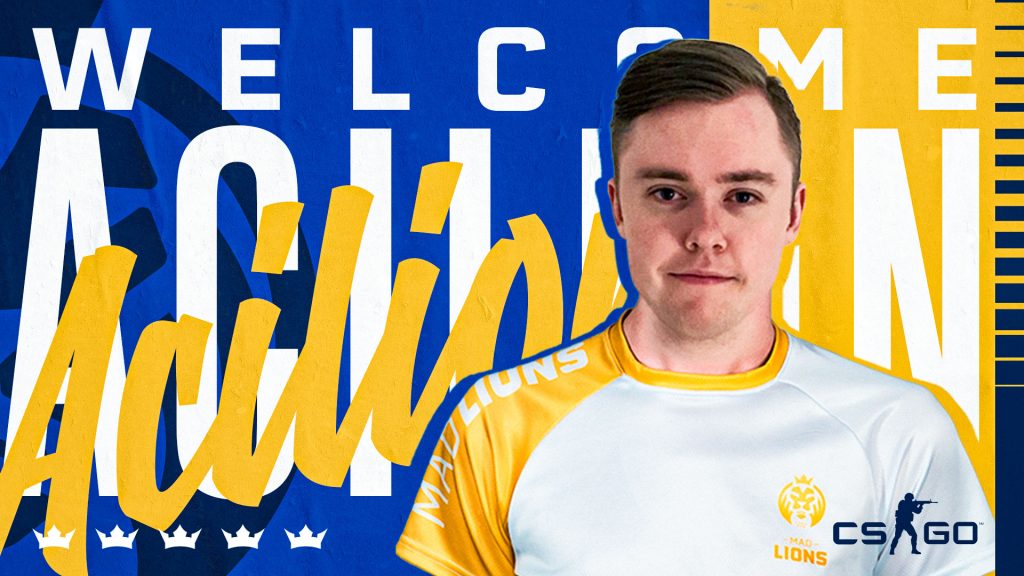 AcilioN is the newest member of MAD Lions to compete in FLASHPOINT this weekend. (Photo courtesy MAD Lions)

Danish organization MAD Lions have added Asger “AcilioN” Larsen to its active roster. The Danish rifler is set to replace Nicolai “HUNDEN” Petersen, who was made inactive on Thursday amidst arrangements to join the organization on a managerial level.

AcilioN will join MAD Lions as the team’s in-game leader after a quick two-week stint with Copenhagen Flames. Prior to that, the 23-year old Dane had spent around eight-months competing under the Heroic banner. There, he was able to guide the team to a title finish at Games Clash Masters 2018 and TOYOTA Master CS:GO Bangkok 2018.

MAD Lions, who is one of seven founding members of FLASHPOINT, is set to partake in Season 1 of the franchised league this weekend. AcilioN will be reunited with former Heroic coach Luis “peacemaker” Tadeu during this debut.