LUCAS1 To Relieve Felps on MIBR 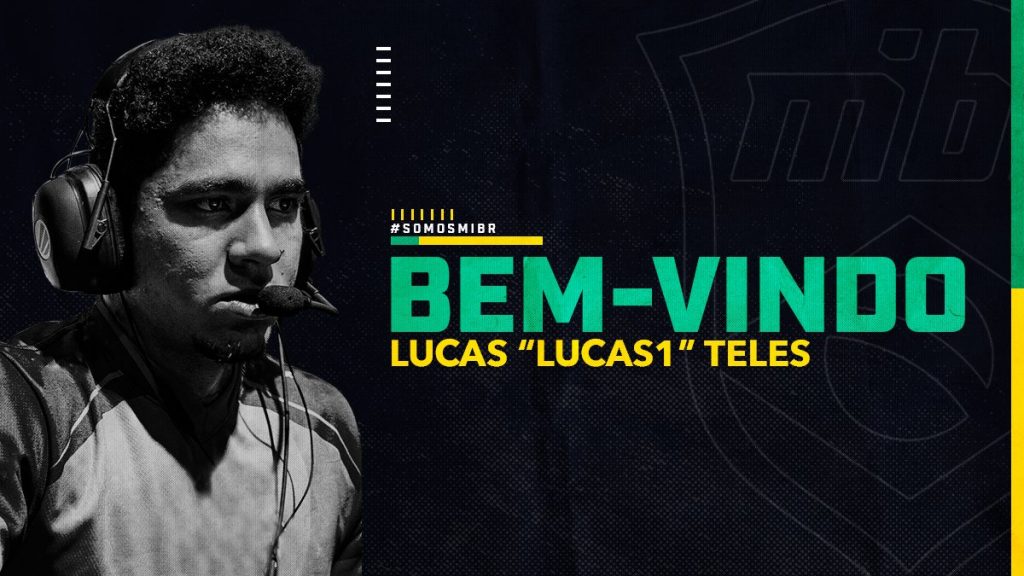 Following assorted transfer rumors, it was officially confirmed by MIBR that Lucas “LUCAS1” Teles, on loan from Luminosity, will replace João “felps” Vasconcellos.

Effective immediately, the 23-year old Brazillian native will relieve felps ahead of their upcoming tournament, ESL One Cologne. The group is said to be already bootcamping in Frankfurt with the newest addition. LUCAS1 is intended to compete alongside MIBR until after the StarLadder Major which will also see them play at both BLAST Pro Series Los Angeles and IEM Chicago.

The news follows a collection of middling results from MIBR. The exact group of players who represented the legendary SK Gaming unit which attained two Major trophies has undeniably struggled since reforming.

There were high hopes for MIBR after nixing Tarik “tarik” Celik and Jacky “Stewie2K” Yip in place of Portuguese-speaking, and former teammates, Epitacio “TACO” de Melo and felps. Although the team’s ascent was bumpy, their semi-final run at IEM Katowice showed promise moving forward near the start of the year; not much would trail however as the group placed 5-8th at WESG and were winless at BLAST Pro Series São Paulo on home ground.

Most recently at the ESL Pro League Season 9 Finals where MIBR bombed out in the group stage, Marcelo “coldzera” David spoke to HLTV citing internal issues and specifically mentioned felps. Comparatively to felps, LUCAS1 is a much more passive support player, who, based off coldzera’s critiques, may be a better fit for MIBR. According to a report by Dot Esports, felps may be on course to replace LUCAS1 on Luminosity – assuming the alteration pans out.

MIBR’s core has looked towards signing LUCAS1 in the past, although a firm loyalty to twin brother and former Luminosity teammate, Henrique “HEN1” Teles, has kept him from joining. The loan marks the first time the siblings will compete on different teams since starting their professional careers nearly a decade ago during 1.6. It’s believed that the support rifler had been high on MIBR captain, Gabriel “FalleN” Toledo’s wishlist after seeing the team perform at the PGL Major Krakow.

Following the news, MIBR’s active lineup as of today is: