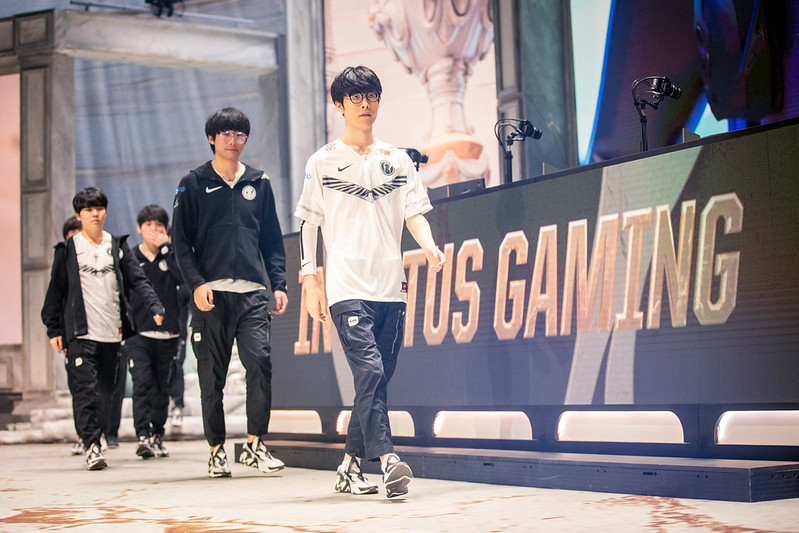 The LoL Pro League (LPL) is back. China’s domestic league resumed with week two, almost two months after the conclusion of week one. To slow the spread of the Coronavirus Disease (COVID-19), league matches were played online from each team’s headquarters. Invictus Gaming were impressive in their return, picking up two more wins to become the last undefeated team in the LPL. Meanwhile, FunPlus Phoenix bounced back from their 0-2 start to beat JD Gaming and Dominus Esports. We take a look at where things stand in the LPL by looking at the top story lines so far in China.

Invictus Gaming were on top of the world entering the 2019 Mid-Season Invitational. Winners of the 2018 World Championship and 2019 LPL Spring Split, they were on one of the most dominant runs in League of Legends history. However, a shocking loss to Team Liquid in the semifinals gave way to a disappointing close to the season, including a 6th place finish in LPL Summer and a semifinals exit at the World Championship.

While setbacks like Song “Rookie” Eui-jin’s brief hiatus could be explained away, iG still sought changes this off-season. Gao “Ning” Zhen-Ning survived his forgettable 2019, but Wang “Baolan” Liu-Yi was less fortunate. iG chose to bring in former Vici Gaming bot laners Ding “Puff” Wang and Su “Southwind” Zhi-Lin as a package deal, ending Yu “JackeyLove” Wen-Bo’s tenure on the team. While JackeyLove was one of the better ADCs in China, it’s clear through two weeks of play that the new bot lane is paying immediate dividends.

IG opened week two against the former team of their new bot lane, Vici Gaming. Invictus Gaming still had their trademark aggression, punctuated by two Kalista top picks from Kang “TheShy” Seung-lok, but their bot lane were a reliable weak side. Puff and Southwind opened game one on Ezreal and Yuumi, playing one of the safest possible lanes into Miss Fortune and Leona. That allowed Ning to make his presence on the map without worry that iG’s bot lane would fall behind. Puff ramped up to six items before Hu “iBoy” Xian-Zhao, finishing 3/3/6 while dishing out huge poke damage. Southwind finished a perfect 0/0/11 by his side.

Game two was more of the same. On the more exposed Varus pick, Puff could rely on Southwind’s Thresh Lanterns to pull him to safety against another Miss Fortune/crowd control lane (this time Nautilus). In a much faster 23 minute game, iG shut down VG early and closed it out without much trouble.

But it was in the deciding game three of their series against Rogue Warriors that we saw a true carry from the new bot lane. TheShy and Rookie were not at their best in this one. Both were constantly getting caught out, TheShy on Lucian and Rookie on Neeko. If you didn’t know better, their champion picks and play might have made you think they wanted to see just how hard their new bot lane could carry them.

Puff and Southwind delivered. Into a team with Ornn, Olaf, Zoe, and Aphelios running at them, Puff danced his way around team fights on Ezreal, maximising damage dealt while avoiding skill shots. And when he was hit by crowd control, Southwind was always there to Devour him on Tahm Kench.

Invictus Gaming committed to end the game at 37 minutes. They pushed with four while Ning tried to steal Baron, but RW got the objective and recalled in time. RW looked like they lived to see another day. Instead, Southwind ulted Puff behind RW’s Nexus to close the game out before RW could respond. In a game that TheShy finished 5/10/12 and Rookie 3/8/6, iG’s bot lane saved the day.

While Puff and Southwind may have stolen the show with their stellar performances this week, TheShy was still busy making his mark. Eschewing the meta developed around the world during the LPL’s downtime, TheShy was busy spamming Kalista top games in Solo Queue. It turns out that wasn’t just for fun. He broke out the pick twice against Vici Gaming, smashing lane both times against Dai “Cube” Yi.

How terrifying is TheShy Kalista?

The first matchup made sense. Kalista is great at denying and kiting Ornn, and TheShy did that well in lane. Cube only died once in the game, but TheShy was able to put out so much pressure in the side lane throughout the game. Even if the communication between him and the rest of iG lacked at times, you could see the potential for Kalista in being a counter pick to melee tanks.

Now the next game against Kennen, the pick made less sense. Kennen is a ranged mage who can CS with auto attacks or spells and shouldn’t be forced into taking bad trades. He even out ranges Kalista’s auto attack, 550 to 525. So for TheShy to pick it here, he’s basically saying that nothing can counter his Kalista. He may be right.

Even more so than against Ornn, TheShy stomped his Kennen matchup. Cube couldn’t trade with him, couldn’t farm, and had to concede turret plates just to stay alive in lane. TheShy once again transitioned to split pushing, this time with more coordination with his team. If Kennen couldn’t stop TheShy from running over his lane with Kalista, can anything?

Rogue Warriors weren’t willing to find out. They used a blue side ban on Kalista in all three games. That is an incredible advantage for Invictus Gaming in the draft phase going forward. He can still play the standard picks, as evidenced by his game one Rumble, but now teams have to waste a ban on a champion that nobody else was or is playing. Even then, his Lucian into Ornn in game three was up 143 CS by the time the game ended. While the LPL was put on hold, TheShy kept working, creating another advantage for a team that the rest of the league didn’t want to see get any more.

Coming off their 2019 World Championship, it was a rough week one for FunPlus Phoenix. Despite a presumed upgrade to their roster with Kim “Khan” Dong-ha, the team dropped both matches, including to the newly promoted eStar. Whether it was a hangover from their championship run or a struggle to adapt the new meta, no team benefited more from the break than FPX.

They opened week two against JD Gaming, without the services of Khan. Kim “GimGoon” Han-saem stepped right back into his old role, playing the blind pickable Aatrox in all three games. FPX looked much more like their 2019 selves, making proactive plays led by Kim “Doinb” Tae-sang on their way to victory. Though it took three games, JD Gaming are a respectable opponent, and FPX spent most of their preparation heading into the year with Khan in top lane.

Super carry Doinb is back！ pic.twitter.com/i6HvGCevsP

Doinb was impressive again in FPX’s win over Dominus Esports. He played well in both, twice earning player of the game. The first was a 6/2/13 Sylas game in which he dealt 40% of his team’s damage and participated in 19 of the 21 kills. The second was a perfect 10/0/1 Kassadin game that snowballed quickly. Doinb was an astounding 7k gold ahead of lane opponent Su “xiye” Han-Wei to end the game, holding the majority of FPX’s 11k gold lead.

With the future of Khan uncertain as the league continues to run online, FPX might just be running with their 2019 lineup for the foreseeable future. If week two was any indication, that might not be a bad thing. They get matches against Team WE, Suning, and Royal Never Give Up in week three.

While Invictus Gaming look great to start 2020, Top Esports have struggled to a 2-2 start. This comes off an off-season that saw them acquire one of the biggest names in free agency in Hung “Karsa” Hao-Hsuan. You would have expected them to build synergy during their time off, but Top looked worse in week two, dropping 0-2 matches to Royal Never Give Up and LGD Gaming. Rookie against reigning LPL MVP Zhuo “knight” Ding is a matchup worth watching, no matter the rest of Top’s form.

Jian “Uzi” Zi-Hao may still be unavailable, but that doesn’t dampen the excitement of this matchup. Lu “Betty” Yu-Hung is the best substitute ADC in the world and has been playing well next to Shi “Ming” Sen-Ming. Assuming GimGoon continues to play for FPX, both teams will leave top lane on an island. Li “Xiaohu” Yuan-Hao is great when given resources and a chance to carry. He’ll match up against Doinb, who’s coming off his best series of the year against Dominus Esports.